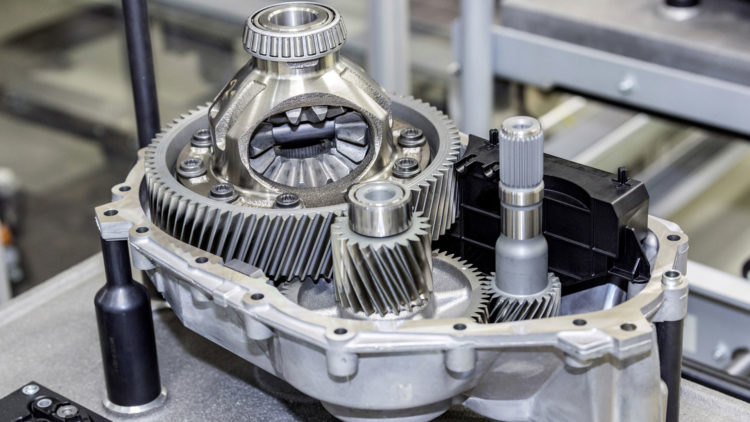 While other German manufacturers like BMW reported a relatively flat set of numbers for 2019, Volkswagen Group has managed an increase of more than 7% to €252 billion. It hopes to use the momentum generated by traditional car sales last year, to help drive the transition to electrification in the coming years. Despite short-term issues with software, VW has released more details around the technical aspects of its upcoming ID.3 car and system, specifically highlighting its new one-speed gearbox system. Likely to be in Tesla Model Y price territory, the new ID.3 line up is expected to hit the roads before the middle of 2020.

To help build support for the car, VW has been transparent about what powers and drives the EV, with plenty of information about the battery system and the electric motor already available. Now its the turn of the gearbox to go under the spotlight, focusing on the fact that it will be a single, gearless unit.

So what does the power train deliver?  Well, the electric motor in the ID.3 provides a maximum torque of 310 Nm constantly over a wide range of speeds, through to a maximum of 160 km/h (100mph) – which it achieves at around 16,000 rpm.

The reason for the one-speed gearbox being acceptable, lies in how the car uses and transmits power to the wheels.

The traction, i.e. the force that allows movement, and speed of a motor vehicle depend on the rotational speed of its drive system. As the speed of the drive system increases, the force transmitted to the wheels (torque) can vary. If you graph the torque delivery from an internal combustion engine, you will see the chart lift off like a fighter jet, reaching a peak about 3/4 of the way along, and then dropping off quite quickly.

With an electric drive system, however, the maximum torque is available immediately and remains constant over a wide range of speeds. The use of a multi-speed gearbox to achieve the desired speed or the necessary torque along the speed curve, is therefore not absolutely necessary (although this is something that Porsche is spending a lot of money and resource on).

That is why a 2-stage, 1-speed gearbox is used in the Volkswagen ID.3. When reversing the car, the direction of the electric drive system is simply reversed. In addition to various other components, power electronics is responsible for this and for the power characteristics of the drive system.

In order to achieve the maximum power of 150 kW, the electric drive unit must rotate at high speeds. In order to provide a high level of torque, a 10x transmission ratio is used. To save space, the gearbox has a two-stage design with two smaller cogs instead of one big one.

The single-speed gearbox is manufactured at the VW component plant in Kassel. The ID.3 is currently expected to be released in the middle of 2020. Right now, there final UK pricing isn't known, but the expectation is that it will settle close to the £30,000 mark.

That might seem high, given that the petrol versions start from around £23,000, but VW needs to recoup the cost of development – during a period when sales volume won't be high. Effectively, the early VW adopters will be paving the way for lower-priced IDs in the future.

For us, the key question for any major manufacturer has to be: At what stage will it be possible to buy an electric car from that auto maker for £10,000 or less?