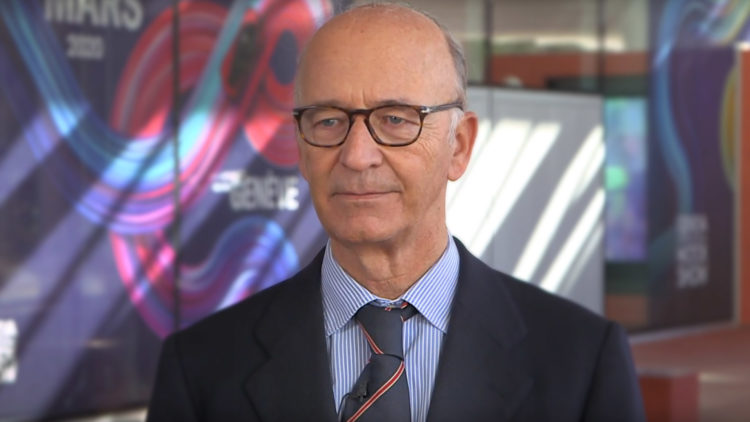 Yet another global event has fallen. This time the casualty is Europe's biggest motorshow and the manufacturers will be scrambling for alternative ways to launch a range of new products this Spring. The event had been selected for a number of EV launches and we were hoping to bring you a lot of cool stories at the start of March.  With Tesla, Ford, Jaguar, Nissan, Peogeot and Citroen all having previously announced that they would not be attending anyway, WhichEV asks if this is the end of the major motor show as we know it?

In an official statement, Maurice Turrettini, Chairman of the Foundation Board said, “Ladies and gentlemen, the 90th edition of the Geneva International Motor Show will not take place. The authorities have finally come to this decision. This comes as a preventative measure in response to the coronavirus epidemic raging in Europe and now in Switzerland, legitimated by today's Federal Council injunction to cancel any event gathering more than 1,000 people, until 15th March“.

He continued, “We therefore regret that the Geneva International Motor Show 2020 is now cancelled, but the health of all those involved in this unmissable event should remain our top priority“.

Insurance companies would likely have breathed a sigh of relief at the next sentence in Turrettini's speech, “This is a case of ‘force majeure', circumstances over which we have no control“.

“We would like to thank the exhibitors who have shown their confidence in us and who have invested heavily in this event. We are convinced that they will understand this decision. We would also like to extend our heartfelt thanks to all those involved in the organisation of the exceptional event that GIMS 2020 was to be. The Federal Council's decision to ban the opening of the event came at a time when the organisation of the event was close to completion“, he said.

He concluded, “The dismantling will be organised as of today. The financial consequences of this cancellation will have to be examined and evaluated in the coming weeks, but it will obviously be important for all those involved in the event. We can already announce that all tickets sold will be refunded. All of the information that you need to know will be on the website“.

So what have we lost in terms of announcements?

A number of Chinese manufacturers, including Always, would have been showing the West what ‘bang per buck' was all about – with a planned range of large scale, high specification SUVs coming into the local leasing market for less than £350 a month.

Following an extensive teaser campaign, BMW's latest offering in the electric market, the i4 Concept won't now be presented in front of the world's press – unfortunate given how much the brand wants to move away from its fossil-fuelled past.

Fiat was to have shown an electric version of its perennial favourite, the 500e.

The Renault Morphoz and low cost Dacia EV won't now be unveiled either.

Spy shots of the Seat el-Born surfaced last month and the Leaf/Zoe rival was expected to make its first, full public appearance at Genevas as well.

While this leaves a large gap in the auto industry's calendar, no doubt individual manufacturers will be hatching plans to bring their new products to market (in a spectacular way) as soon as it's safe to do so.

The real challenge for Geneva will come if this year's launches go smoothly anyway – and the vendors are left questioning the cost of being involved in major auto shows.