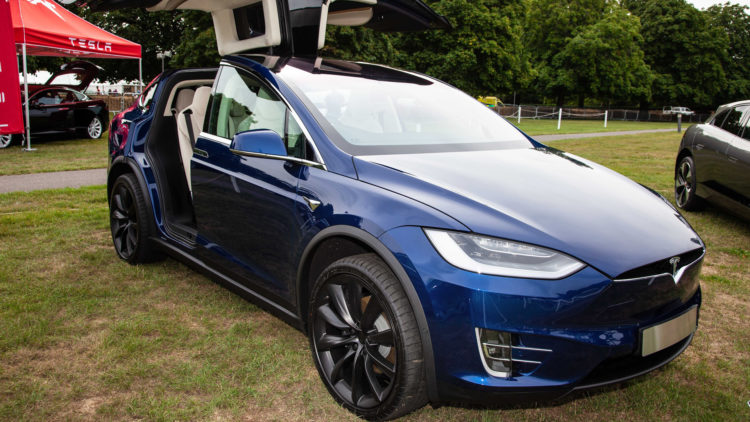 If you're reading WhichEV, then there's a fair chance that you will be in love with all things electric. On Sunday 24th May 2020, the home of the National Motor Museum in Beaulieu will open up its grounds to welcome visitors for the first ever Simply Electric Show. WhichEV ponders the benefits of an EV show for EV enthusiasts.

Tickets bought in advance for the event will cost you £10.50 for an adult and £5.25 for a child. That not only gets you access to the rally itself, but also entry to the National Motor Museum, World of Top Gear, On Screen Cars and the ancestral home of the Montagu family. The event opens at 9am and if you want to bring your electric vehicle with you, then you need to be inside before 2pm.

While the battery technology and charging network were nowhere near ready at the end of the 1800s, there was a moment, at the end of the age of the horse, where electric cars really caught the public's attention. As well as modern space-aged designs, you will also be able to see the 1901 Columbia Electric that was used by Queen Alexandra to whizz around the grounds of Sandringham House at up to 20mph.

From 1919, Harrods famously used up to 60 electric delivery vans in London. They were fitted with a 1 ton battery that gave them a range of 60 miles. The Harrods Van that will be on show at Simply Electric, completed its last delivery in 1970 and was donated to the museum.

Every other year, boffins from across the globe compete in the World Solar Challenge. While 2019's winner completed the 3,019km distance at 54mph using just the power of the sun, at Beaulieu you will be able to see a forerunner of this incredible car, Philip Farrand's Solar Flair, which competed in 1993 and reached 35mph using an 8m2 solar array.

Lovers of two-wheeled transport will enjoy the Riese and Müller Nevo Nuvinci electric bike, which can delivery 15mph using just its motor – or a lot great speed with a peddling pilot.

But the mainstay of the show would appear to be the support given by Tesla Owners UK, who will be sending a sizeable number of their 6,500 EV owning membership along to let people experience the world's leading electric vehicles for themselves. When not enthusing about Musk's motors, they do incredible work for charity, including delivering mini-Tesla's to help put a smile on the faces of sick kids heading for surgery.

Alongside Teslas. Jaguars and Nissans, you will also get the chance to see everyone nerd's favourite EV, the Sinclair C5. Tickets are available here.