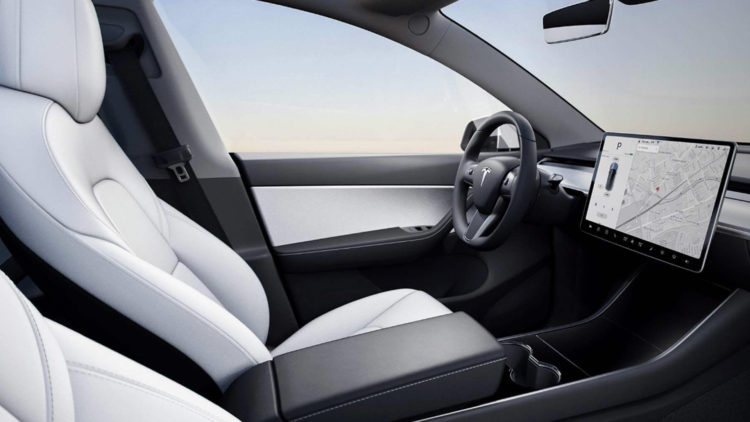 The moment that electric vehicles enthusiasts have been anticipating, as much as fossil fuel car manufacturers have been dreading, is finally upon us. Customers who placed the first orders for the Tesla Model Y when it was announced back on 15th March 2019, are getting emails inviting them to choose a delivery date after 15th March 2020. That's a full 6 months ahead of schedule. WhichEV checks the speeds and feeds.

The Model 3 managed to sell more units in the States last year than every BMW model – combined. Tesla has utilised as much of the existing Model 3 tech as possible in the Model Y, which has reduced the cost of development as much as it has speeded up time-to-market.

With a range up to 314 miles (WLTP) and the ability to pick up a 168 mile charge in as little as 15 minutes, the Tesla Model Y will go a long way toward reducing range anxiety in a driver who's new to EVs. Twelve onboard ultra sonic sensors help prevent accidents and the car can scan the road ahead for up to 160 metres for potential danger.

Then there's the price/performance ratio and flexible internal set up to consider.

The top speed has been set at 150mph (more than twice the legal limit) and it can hit 60mph is as little as 3.5 seconds. To put that figure in perspective, at 5.5 seconds, the famous Ferrari Berlinetta Boxer took almost 2 seconds longer to hit 60mph. The 2020 version of the Lamborghini Huracan is very slightly quicker than the Tesla Model Y. That's where this family car sits.

You can choose to configure the Tesla Model Y with a third row of seats, giving you the ability to transport seven adults at the same time – or fewer people and a lot more luggage.

The UK office are telling people that deliveries of the Model Y into the UK will depend on how long it takes to get Gigafactory 4 up and running in Berlin. We asked if they were certain that Chinese-made Teslas would not be heading for the UK and they confirmed that the UK's supply would be coming from Germany.

That puts the European launch into uncertain territory, with the possibility that the Tesla Model Y might not arrive in the UK until the second half of 2021.

WhichEV reported a long time back how the development of the EV is likely to lead to more than 100,000 redundancies in the German auto sector. It now seems that pressure from the German unions and various environmental groups on the German authorities will help prevent Tesla from bringing Gigafactory 4 in Grünheide (south east of Berlin) up to speed quickly.

Delaying Gigafactory 4 and Tesla's large scale advance into Europe by up to two years, would certainly help German car manufacturers a lot, but there's no evidence that this is part of any deliberate action.

Also, worth bearing in mind that the new plant will bring with it up to 30,000 jobs – which would provide any economy with a positive boost.

Ironically, Elon Musk thought that Brexit uncertainty would have made the UK a bad choice for Gigafactory 4. Wonder if he still feels the same way?

You can check out up to 50 different business leasing deals using this link, with prices starting from as low as £140.