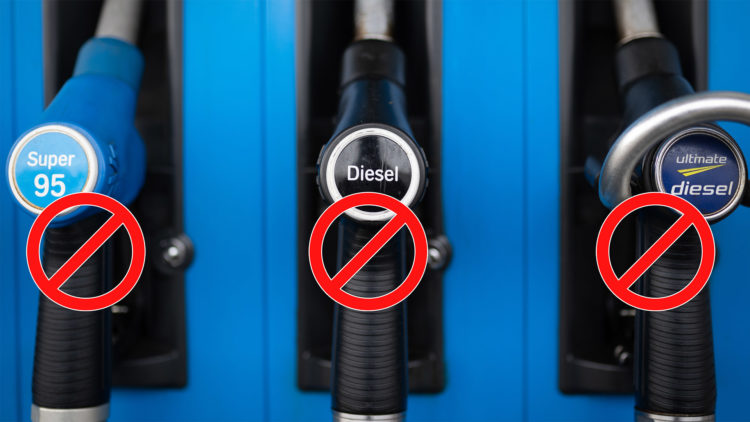 Last week Mike Hawes the CEO of the Society of Motor Manufacturers and Traders (SMMT) expressed serious concerns about the UK's ability to move away from fossil fuel cars by 2035. Today, Transport Secretary Grant Shapps told the BBC's Radio 5 Live show that the legislation could be brought in even earlier, with a ban on hybrid, petrol and diesel car sales set to start as early as 2032.

The interview was given as Boris Johnson's government is preparing its policies for discussion at the 2020 United Nations Climate Change Conference (COP26) which will take place in Glasgow from 9th to 19th November.

When Theresa May laid out the ‘Road To Zero' programme, she committed to an ambitious plan that would balance the UK's carbon emissions within one lifetime. After the initial shock passed, various EU rulings came into play – forcing many countries to evaluate their own positions on pollution.

Transport is the single biggest contributor to environmental pollution in most countries – so a series increasingly harsh fines was authorised for vehicles that cause the most CO2 and NO2 pollution.

While this announcement on Radio 5 Live came as a bit of a surprise to many in the industry, during a recent speech Prime Minister Johnson told the media, “There can be no greater responsibility than protecting our planet, and no mission that a global Britain is prouder to serve”. Adding, “Hosting COP26 is an important opportunity for the UK and nations across the globe to step up in the fight against climate change”.

Transport Secretary Shapps has already started to ramp up investment in the country's charging system, in preparation for a new future. Larger infrastructure projects will follow, as the entire national grid will need to be looked at as well.

It's clear that major manufacturers like BMW had been expecting a much longer, slower roll out for electric vehicles – as they continue to develop and sell petrol, diesel and hybrid engines. When we met with them at CES in Las Vegas last month, there was a full line up of new BMW cars on show – all of which used fossil fuel technology. Not very inspiring.

Hawes commenting on behalf of the SMMT said, “With current demand for this expensive technology still just a fraction of sales, it's clear that accelerating an already very challenging ambition will take more than industry investment”.

His sentiment was backed up by President of the Automobile Association, Edmund King who told media, “Drivers support measures to clean up air quality and reduce CO2 emissions, but these stretched targets are incredibly challenging”.

The announcement that petrol, diesel and hybrid car sales could be banned in just 12 years, certainly qualifies as leadership within today's global landscape – and this is something we applaud at WhichEV.