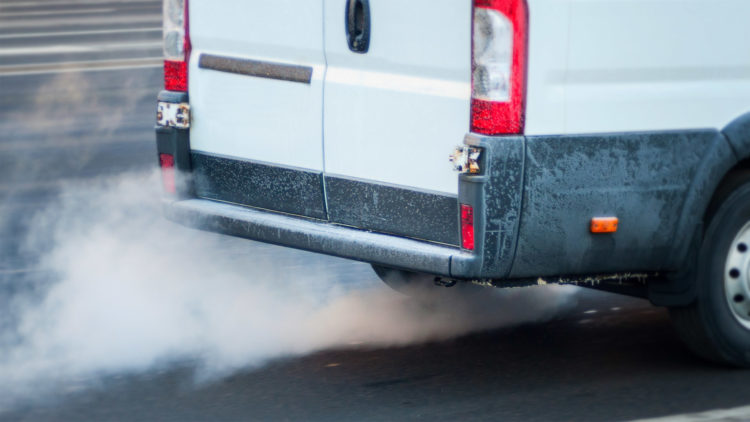 Having spent more than £6m of government funding on an intelligent camera system to monitor polluting vehicles entering Leeds, the City Council are finalising plans to turn the enforcement system on. An automatic number plate recognition (ANPR) system will issue charges of up to £50 a day for polluting vehicles to be able to drive anywhere near the city centre. The Clean Air Zone (CAZ) project has been controversial from the start. WhichEV wonders if it will become a blueprint for the country.

Within the Leeds CAZ, heavy polluting commercial vehicles will be paying £50 a day and those that pollute less will pay £12.50 a day. Electric vehicles will be exempt. That's a pretty powerful message and one that local business won't be able to ignore. There are some other natural exemptions, for example essential vehicles or those that offer wheelchair access, but – on the whole – Leeds City Council will be looking for significant air quality improvements in 2020.

As you might expect, local business has been pushing back against the costs, leading the council to set up a new scheme with Renault and Nissan – offering free electric vehicles on loan for up to 2 months.

The ‘try it, you'll like it' scheme is offered in partnership with Highways England and will run until the end of 2021. The council has already had applications from 250 companies and professional drivers.

Included in the loan pool are commercial vans, private hire vehicles and even e-bikes. All you need to get free vehicles is to be ‘based in Leeds'.

The whole campaign to clean up Leeds really kicked off three years ago when environmental group Friends of the Earth, studied NO2 pollutants across the country and declared an area near Leeds station as being the most polluted outside of London. It's generally accepted that NO2 levels should not exceed 40 micro grams per cubic metre of air. The levels measured in Leeds were almost 100ug per cubic metre.

In the past, the Road Haulage Association has categorised this kind of penalty payment as a ‘punitive tax'. Though it's easy to sympathise with local businesses when a new cost comes into play, you would hope that the longer-term reaction would be to ‘replace HGV/LCV fleets with electric vehicles'.

The number of electric vehicles in/around Leeds has doubled over the last two years, so there has definitely been a positive consumer response.

You can check if your vehicle is OK to drive in Leeds using this site.

Transport accounts for up to 23% of the UK's CO2 emissions – which is more than any other sector.

While it will be painful in the short-term, the sooner we see heafty penalties for driving polluting vehicles in our cities, the sooner we will have cleaner, quieter living spaces.