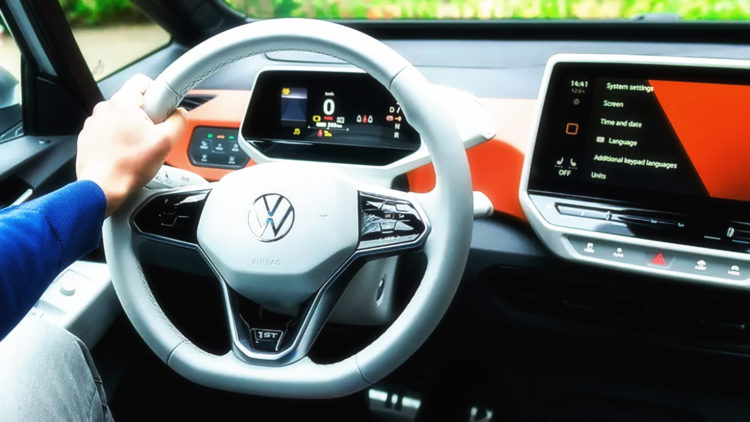 When the Germany government approached a chap called Porsche and asked him to build a car for the people in the 1930s, Volkswagen was born. As we move toward the end of the road for petrol, diesel and hybrid cars, so a lot of drivers will be looking toward VW to take the lead for the next evolution of their everyday road vehicle. All indications are that we'll now need to wait a little longer for the German-giant's first ‘100% designed as an EV from the ground up' to hit the showrooms and streets in volume. WhichEV considers just how serious this kind of ‘baton slip' might be in the race for EV hearts and minds.

All technology markets follow a similar trend. One bright spark (or more, simultaneously, in some cases) will invent a new technology, market sector or product category. Serious early investment comes in and then there is a period of explosive innovation as ideas are created, developed and then either deployed or destroyed.

Eventually, a few large players will dominate the market – either through size/control of raw materials or ownership of the necessary intellectual property.

That cycle is fairly predictable and will happen to the EV market as well. Some of the traditional brands will survive, but plenty won't make it. An even larger number of start ups will be bought out or disappear without a trace.

It will take quite a few years for any of us to understand just how decisive (or not) Tesla's lead in the EV market will be, but one thing is certain: Live testing EV products and software for eight years will have given Tesla a knowledge base that others will now have to amass themselves and it will take time.

Volkswagen's bosses were looking to ramp up ID production in Q4 2019, but appeared to run into significant software issues. Rumour has it that VW had to organise a lot of additional parking lots for the cars coming off the line, so they could be stored – awaiting a software upgrade so they would work properly.

It now seems that VW engineers may have to do as many as 45,000 software updates before the end of Spring 2020. That's a lot of work for any company.

Dealers have now been told to expect delivery of the ID.3 models around the middle of the year.

There has also been a lot of talk about which features will or won't be built in to the initial product. The cosmetic differences like panoramic sunroof won't be such an issue, but there are other concerns. For example, is Volkswagen considering pulling the central seat belt from the rear of the ID.3 in order to reduce weight and improve on range?

The ID.4 crossover is also suffering a few bumps as it heads towards its real launch. An initial date with the public seemed pencilled for April, now looks like it might slip by at least two months. While these roadmap slips might not seem large, they won't help VW build up a head of steam on the marketing front. At least they have the North American International Auto Show in June to aim for. Right now, plenty of markets might not see the ID.4 or ID.5 until at least 2021.

Bear in mind that these larger cars will be up against the Model Y, which could go into production in the first half of 2020. Giving Tesla a sales head start of more than a year would mean that VW is creating an interesting battlefield for itself.

If Tesla hits close to £33,000 and the VW e-Up! is almost £20,000, then that provides the target price zone for the new German EVs. It's fortunate that VW electric cars are so much cheaper to make.

Ultimately, an affordable ID.3 with a range of 340 miles could be a game changer, but will it be the EV that the world falls in love with?