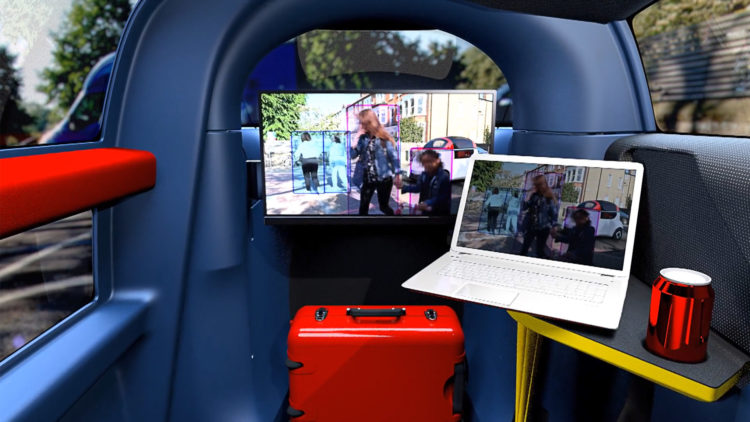 When the man behind the McLaren F1 and Mercedes-Benz SLR McLaren decides to get involved in a versatile autonomous electric vehicle project, you can bet that it will be something special. It was Bernie Ecclestone who appointed Gordon Murray as the Chief Designer for Brabham back in the late 60s and a series of World Championship Grand Prix winning designs followed. Later, he was part of the team at McLaren that provided Ayrton Senna with his first World Championship winning car. WhichEV checks out the MOTIV.

Just as the endless series of speed bumps and cameras in city centres is annoying for youngsters keen to put their peddle to the metal in tight streets, the move toward a more tranquil pace of transport will open up new possibilities. City centres also tend to see large cars, with four or five seats, being driven by a single occupant. In fact, that’s the case for 60% of city journeys on average – creating a lot of unnecessary crowding.

Although the design can be expanded to allow for more than one occupant in the future, the primary target for the MOTIV is single people who want versatile personal transport, those with wheelchairs or other disabilities and delivery firms who want an affordable, green solution for the ‘last delivery mile’.

Despite the small/cool shape, the designers are confident that the MOTIV will meet or surpass all safety requirements for this class of vehicle. In terms of absolute size, it is 2.5 metres long, 1.3 metres wide and 1.6 metres tall.

It uses a compact 20kW motor to accelerate up to 40 mph (65kph), which means it will be agile enough for the city, and the 17kWh battery can provide a range of up to 62 miles (100km). All this is made possible through its lightweight design, which aims to keep the final build under 450Kg – while still meeting European M1 (up to 8 seats) passenger crash standards.

The video embedded on this page gives you a great run-through of the possibilities.

Professor Gordon Murray CBE, Chairman of Gordon Murray Group, told the media: “MOTIV has the potential to transform future mobility. The best way to make any vehicle commercially viable and cost-effective, while delivering first-class efficiency, is to make it as light as it can be while retaining the highest levels of safety. With MOTIV we have used our iStream technologies to create an ultra-lightweight body structure that delivers a vehicle that is compact, refined, safe and versatile, while remaining capable of significant range.”

We’re awaiting final price guidance, but the build price has been kept down through intelligent partnerships. For example, the electrical integration expertise provided by Delta Motorsport utilises a ‘plug-and-play’ high-voltage system that significantly reduces cost, alongside production and assembly times. The braking and steering systems are also small and lightweight for minimal intrusion into cabin space.

The design can be tweaked to include a steering column or to work completely autonomously. The physical car, without autonomy, is expected to be read-ready for mass production as early as 2022. The clever ‘no steering wheel' driving part will depend on government legislation and other technology partnerships.