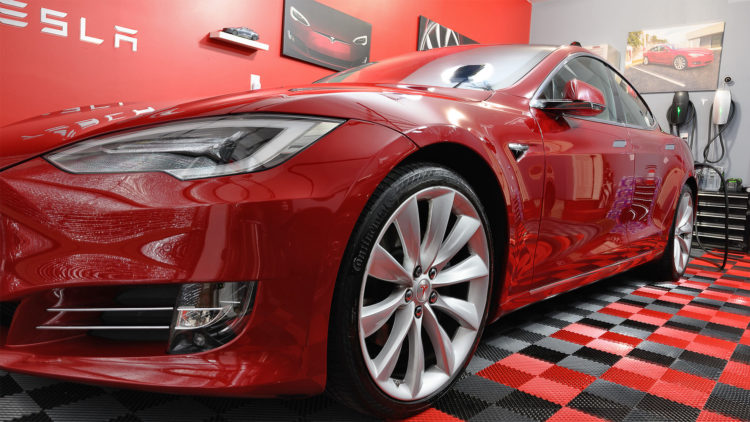 The stock market is a gamble. Sure, an educated gamble with some of the world's most advanced decision support systems, but the essentials remain the same. Players are looking to bet on companies that are undervalued – aiming to profit from the share price going ever higher. Go back 5 years and Tesla shares were trading around the $190 mark. Roll forward to middle of October 2019 and that share price hit close to $260. That's a fair profit for any investor. Yesterday afternoon, Tesla shares peaked over $962. WhichEV is forced to ask, ‘What exactly is going on?'.

Markets fluctuate all the time and, a lot of the time, valuations are virtual – based on speculation about what will happen in the future.

On 4th February 2020, there was a moment when the market valued Tesla at roughly the same level as Nissan, Fiat Chrysler, Ford, BMW and Mercedes – combined.

While Tesla is almost certainly overvalued right now, there are major factors behind the rise. The British Government's decision to pull in the ban on hybrid, petrol and diesel cars by five years, won't have helped the fossil fuel manufacturers. Knowing that you have huge levels of plant, machinery and intellectual property – centred on a dying industry – makes investors nervous. In comparison, Tesla has invested in the future and all of its Gigafactories are geared toward the vehicles of tomorrow. 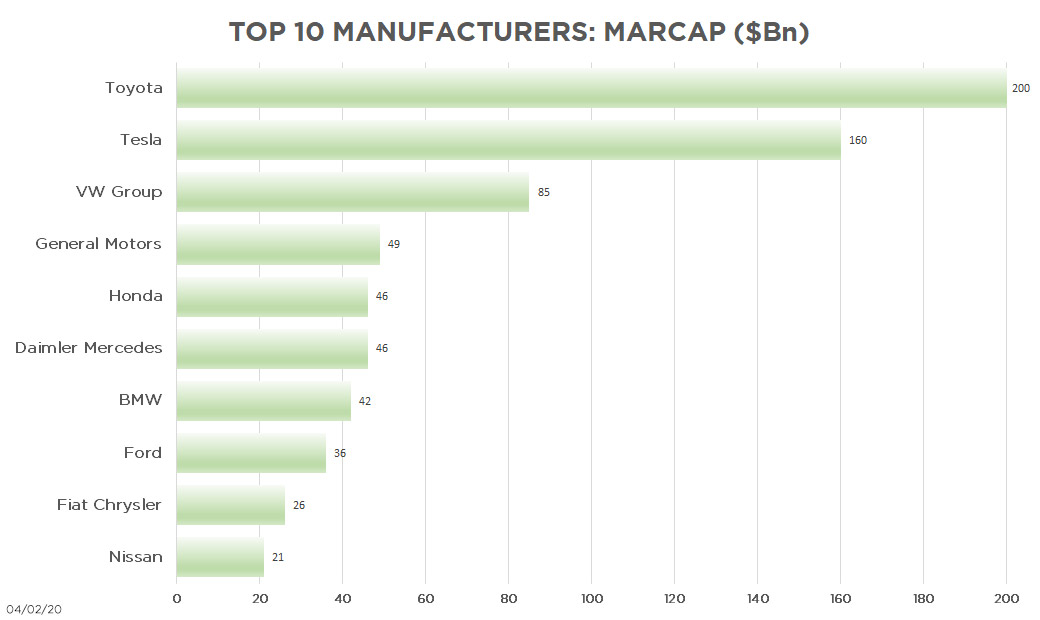 Elon Musk has told investors that he aims to have as many as 12 Gigafactories operation around the globe.

What's worse for the other car makers, is that Tesla's current line up is priced at the luxury end of the market – but the upcoming Model Y is likely to be under $39,000 in the USA and closer to £30,000 in the UK.

Why is the rest of the motor industry so worried about the Model Y?  Well it shares almost 75% of the physical components of the Model 3, so the ramp up in production will be easier, and it's expected to have a range near 300 miles per charge (standard model just under, range-extended model further), a top speed of 130 to 150mph and a 0-60 figure of less than 5.5 seconds. In other words, sports car performance at mid-range saloon pricing.

Plus, the Model Y will be compatible with the 3rd generation superchargers, which means that a 5 minute top up will give you up to 75 miles range. Considering how long it takes to pump a tank full of gasoline, walk to the store, then queue & pay Vs picking up a 150 mile charge in 10 minutes when you ‘pay at the V3 supercharger pump' – it's clear how close the electrified experience is becoming to old-school motoring with a Tesla.

As our recent undercover report showed, traditional car dealers seem woefully ill-prepared for the move to electric cars – whether that's to do with a poor line up from their suppliers or lack of education and enthusiasm about EVs from the sales force itself.

Right now, Toyota is still the most valuable car company on the planet, with plans to show off its electric credentials at the Tokyo Olympics in June.

Key to the relative valuations will be the success (or failure) of Tesla to move into the truck and commercial transport markets. Not to mention the upcoming Tesla Roadster.