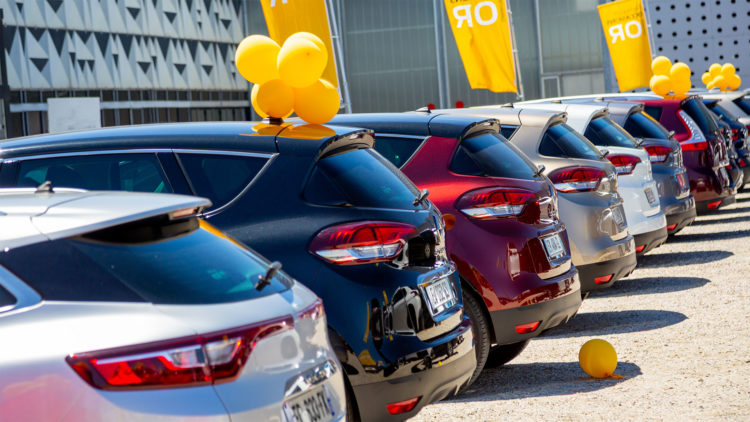 Given the various news stories in recent times about the banning of the sale of PHEV, petrol and diesel cars in the UK within 15 years, we decided to check the levels of EV knowledge among the UK's main car dealers. There will be a massive sales boom – but is the UK car market ready?

After spending two weekends posing as ‘regular folks who are considering the move to electric', we were completely underwhelmed with how little most of the representatives knew – and how unprepared they were to give advice to customers with up to £80,000 to spend. We will be doing several ‘undercover shopper' articles to see if the situation changes going forward. For now, this is the result of WhichEV's first undercover report.

In north London, we tell the VW rep that we have been, “Walking around the show room for 10 minutes, examining all of the vehicles carefully, and that we haven't seen a single electric car”.

“Would you know an electric car if you saw it?”, came the reply from the VW salesman.

Not quite what we were expecting. We choose to play dumb and ignore the response. Asking if they have any EVs we can see. Maybe an electric Golf?

“We had one you know. Yeah. But a customer was really keen, so we sold them the demonstrator”, we were told. “Outside, we have a used one on the charger if you want to look”. We are led into the cold. While we look around the e-Golf, we ask various questions about price, charging, chargers, VW's ID strategy and the various features. None of the replies are convincing. There was no offer to take details or arrange a test drive. 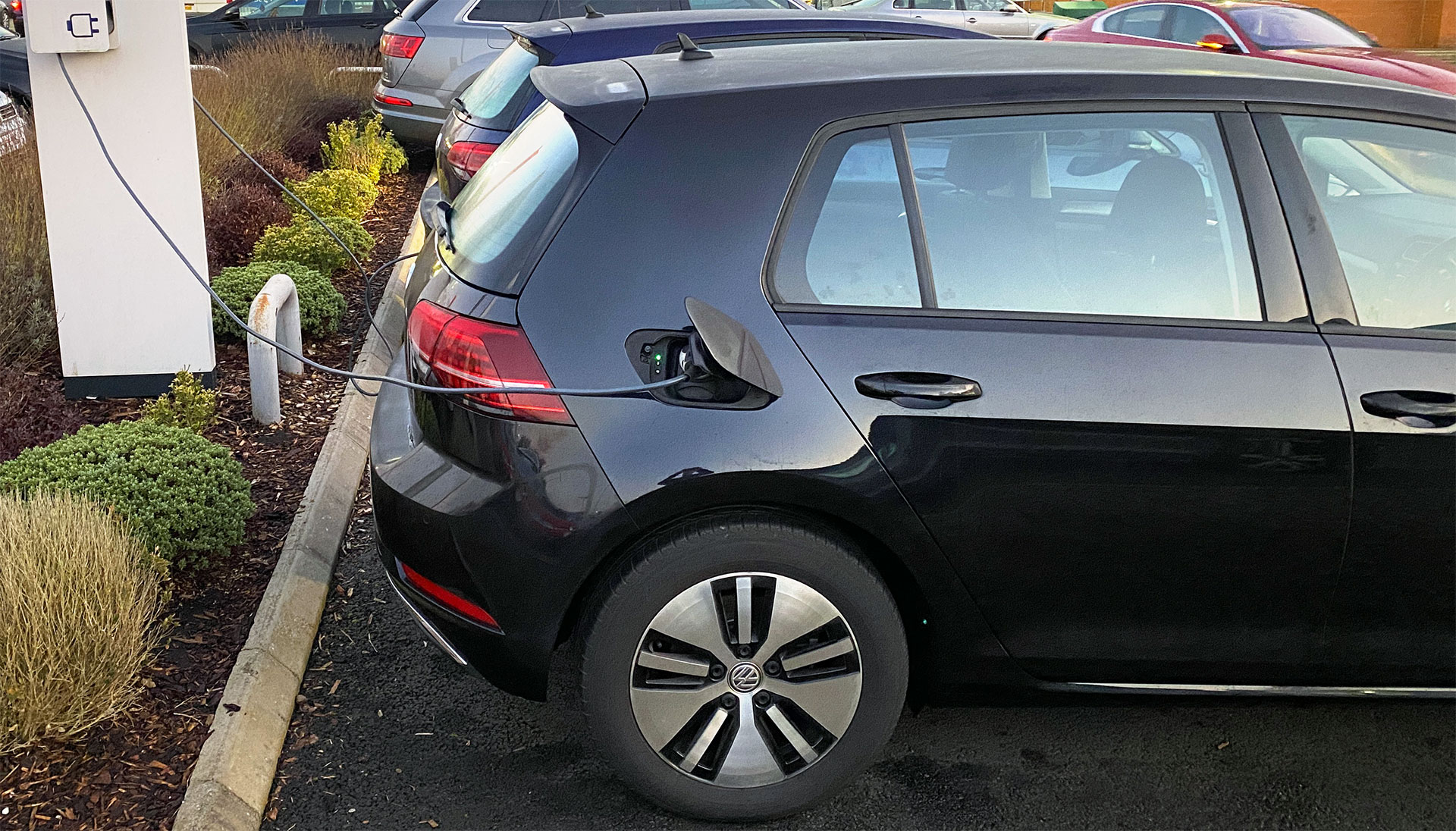 Nissan was a completely different experience. There were two Leaf models inside and testers in front of the showroom. A warm greeting was followed by a welcome coffee and the rep made a quick note of our details. The young lady wasn't technical, but she'd clearly studied her brochures and was able to answer a series of standard questions , relating to specs, costs and performance. Ten minutes later, we were on the open road for a test drive that lasted almost half an hour. The various braking modes were explained, as well as charging information. Worth noting that, at the time of writing, you can pick up the world's most popular electric car on a business lease for less than £170 a month.

Pricing and availability on the latest Leaf models were both covered, alongside how simple it was to install a charger in most homes and the various grants available. 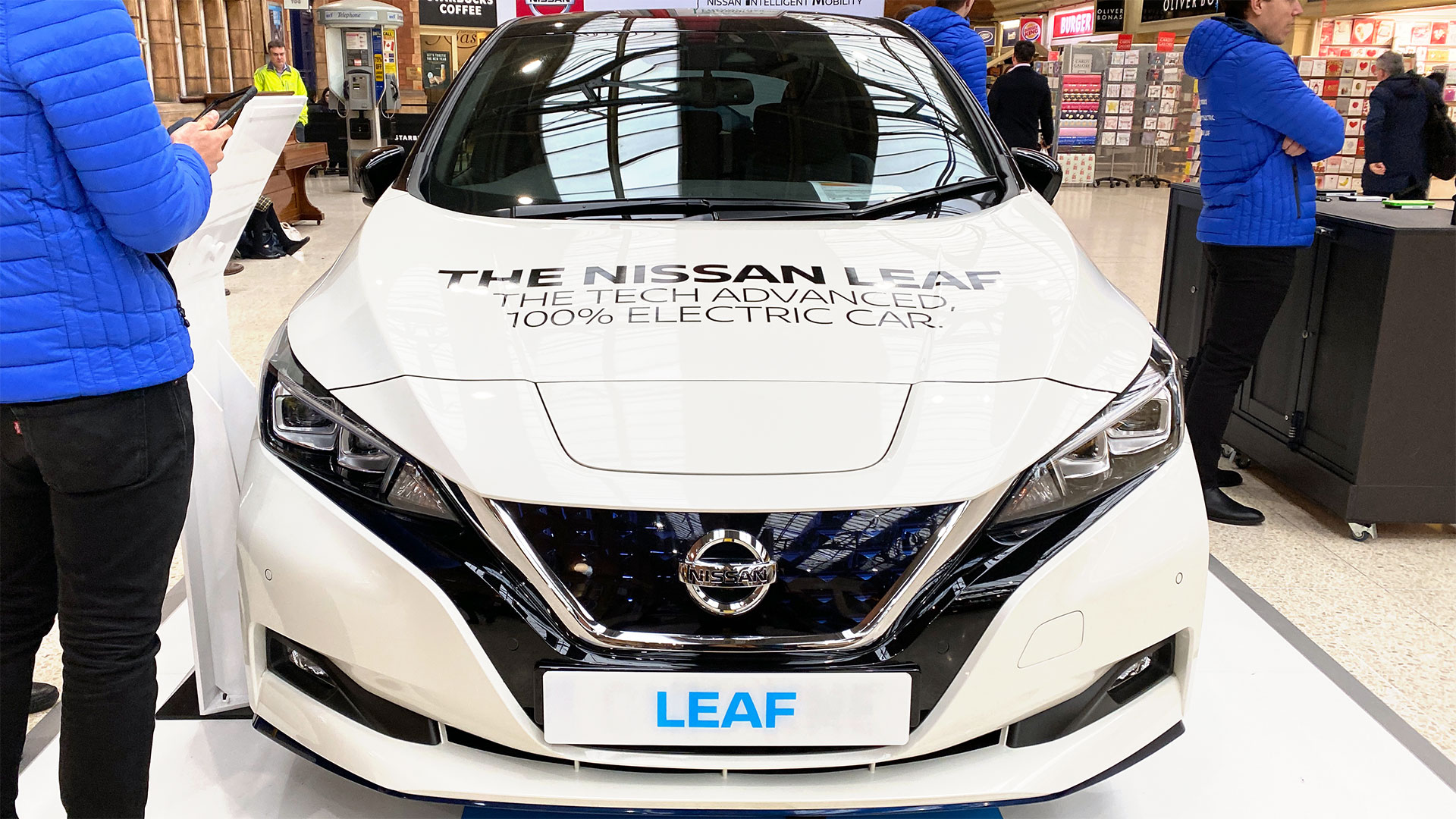 We thanked her and left for the major Audi showroom down the road.

Six clean cut representatives, all of whom seemed to be making plenty of commission, sat chatting when we came in. After zeroing in on the e-Tron, we spent time with the car, exploring every nook and cranny.

On a hunch, we walked toward the Q-series cars and immediately a rep joined us, ready to answer questions. We walked him back to the e-Tron, but he was very reticent. Questions were met with shrugged shoulders and a slight stretching of the mouth – the kind of expression you make when someone asks you about a product in which you have little confidence. We asked when the rest of the range would arrive and how easy it would be to charge this kind of vehicle.

“Well, it will be a long time before we have mode models. The new 2020 cars will be coming in soon and I don't think any of them will be electric”, he explained with another apologetic shrug. Surprisingly unenthusiastic approach, given that Audi are pushing hard on the deals and you can get an e-Tron Quattro for less than £385 on a business lease right now. “We have a charger outside and it seems to fill up the e-Tron over night”.  Underwhelmed by his knowledge and confidence in the e-tron product, we thanked him and left. 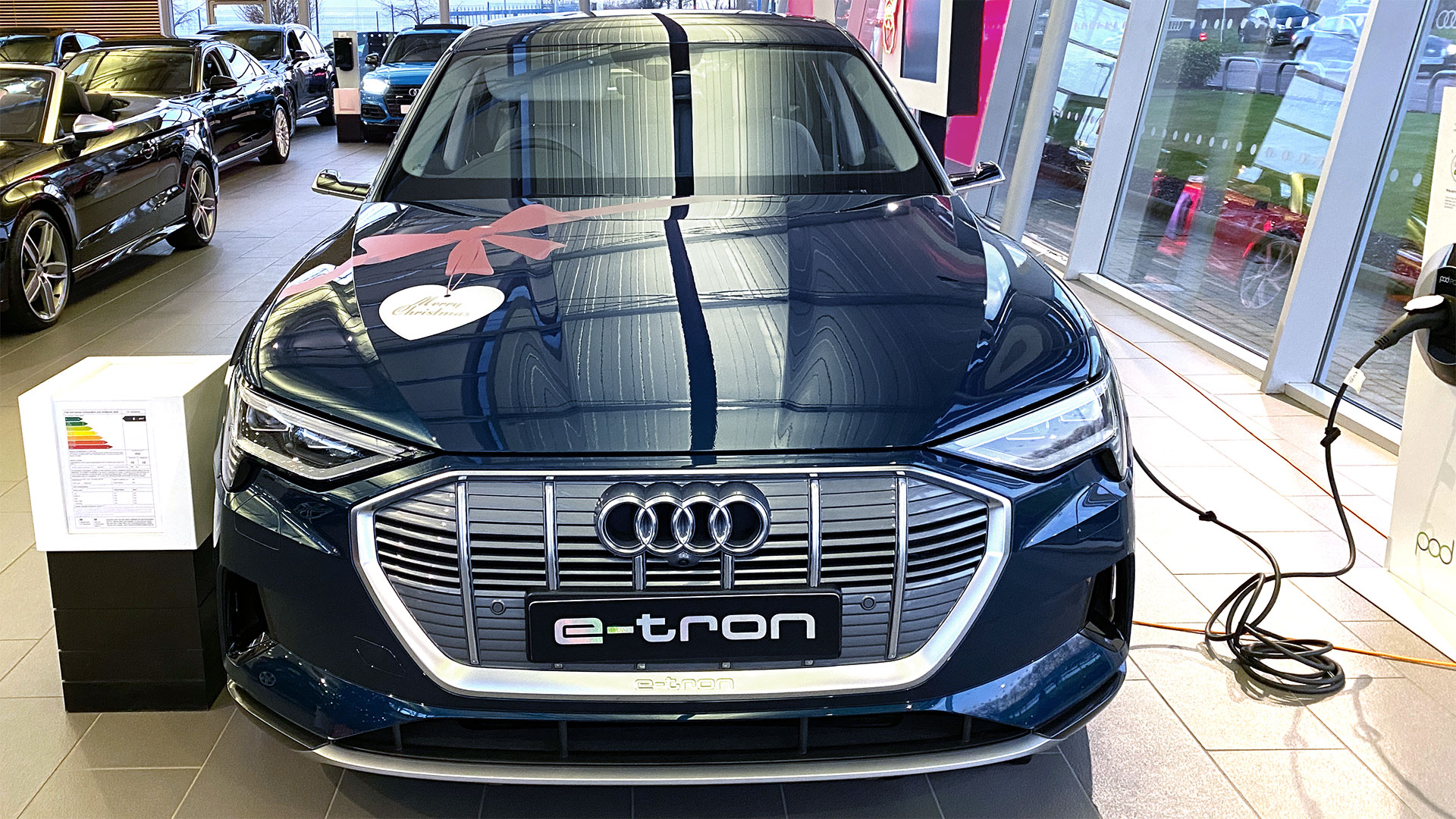 Peugeot was a tale of two reps. The first chap that came over to help was clearly new and jumped on us as soon as we entered. That changed when we asked about electric cars, “Oh. We don't have any of those. What kind of car were you looking for?”. When we replied “Electric”, he seemed confused. After glancing around a couple of petrol cars, we headed toward the exit, only to be approached by an older chap.

“Electric you say?  We will have our first test model in soon, so if you leave us your details then we can arrange a test drive when it comes in”.

Encouraged, we ploughed on with our technical questions about battery capacity, performance, charging options and trim levels – all of which he answered with ease. He was, arguably, the only true car enthusiast we met all day. Sure, it wasn't anywhere near as smooth and professional as the Nissan experience, but it was a good effort from a rep with no product to offer.

The man from Kia was friendly enough. He never left his seat, explained that it would be a long time before they had any cars and that there was already a substantial waiting list. Again, no effort to explain their EV range or benefits and we had to ask him to take our details for a test drive (at some non-specified point in the future, when they finally have something to show).

We'll go straight past the blank faces in the Lexus showroom, they clearly had no idea what we were talking about.

Our last port of call on the day was Mercedes. Comfortable surroundings, nice coffee and a short wait for a smiling rep to join us, but this was all a prelude to another disappointing experience as he explained, “Well, it's not here yet, the EQ. It will come, but it might be a while. When it does come, it'll be pretty much the same as the current SUVs. It's not really a new car”.

He then explained that it could be years before they would be in position to sell an EV that had been designed, from the ground up, as an electric vehicle. Only when we walked away from him and toward the SUV on display, did he move to follow. We asked when they would have their first demo unit in, to which he replied, “I really don't know”.

Just for comparison, a visit to the Tesla showroom a few days later in Brent Cross, had us hands-on with multiple vehicles, our questions answered and we were booked in for a one hour solo test drive in a Tesla Model 3 – all inside 20 minutes of arriving. 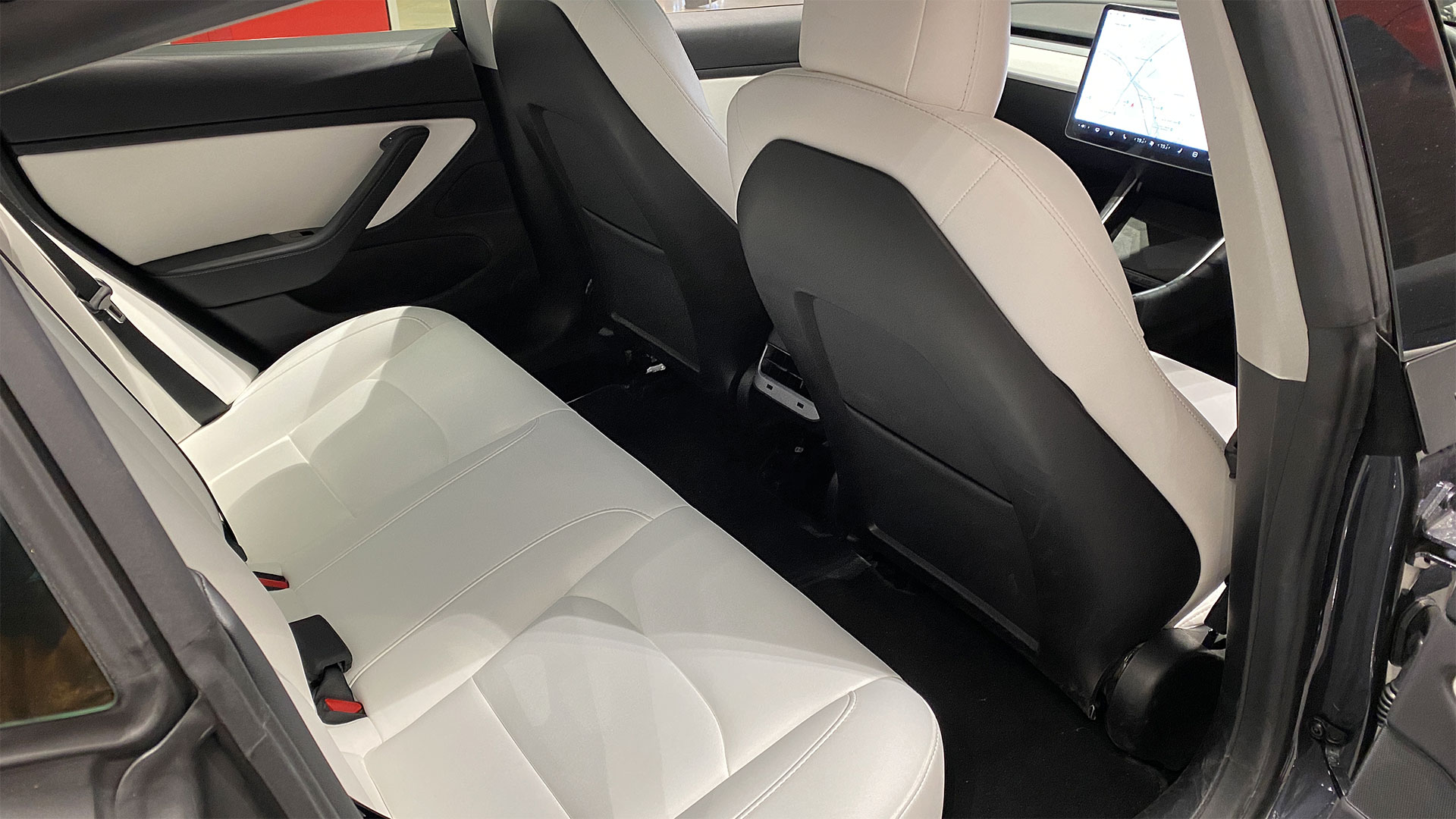 Although we only visited a handful of dealers, there was nothing in any of our visits to indicate that they were atypical.

While the showrooms cannot be held responsible for engineering delays, the sales and marketing teams need to do a much better job of trying to attract/convert early customers who may be visiting out of brand loyalty. Once they walk out of that door and into Nissan or Tesla, they might not be coming back for five years.

Of the brands we visited, Tesla and Nissan are clearly way out in front (in terms of technology and sales volume respectively), but that's no excuse for the rest to not try harder.

We will be checking back with these dealers to see if things get better, as well as widening our scope to include the other brands. You can't say we've not given them a fair warning.

UK ahead by 101,840 EVs in the adoption curve: Volkswagen

ŠKODA rolls out software updates and enhancements for ENYAQ iV