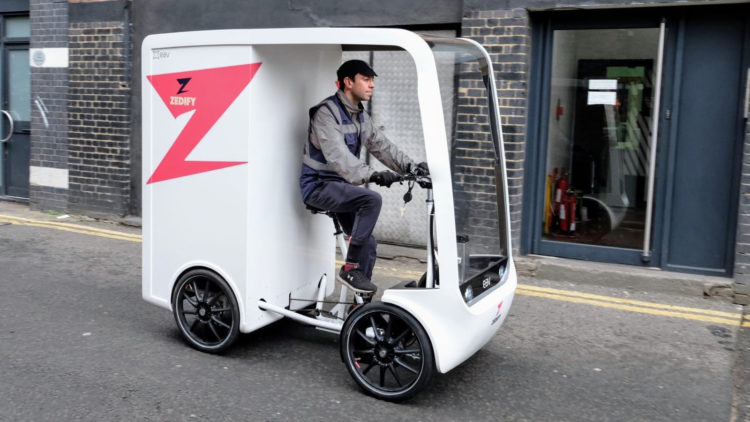 Oxford-based manufacturer, EAV, has announced that it is facing unprecedented demand for the recently launched EAVcab from European companies; despite the UK leaving the European Union, the interest from EU-based companies is seen to be extremely positive for the manufacturer.

The EAVcab is based on the same chassis as the EAVan, an ultra-lightweight commercial vehicle (ULCV); the purpose-built, environmentally-focused quadricycle weighs 120 kg and can carry a 120 kg payload, too. This is thanks to its 250-watt motor which helps the rider accelerate to an initial speed of 3.7 mph and then goes up to 15 mph with a pedal-assisted system.

On a single charge, EAV's vehicle can run for up to 60 miles, where it can be recharged using a normal 13 amp, 240v socket when empty – it'll take six hours to charge till full. Unlike a lot of EVs, the vehicle's batteries can be swapped so that it doesn't have to stop to be recharged.

The EAVan has been on trial with multiple delivery companies, such as DPD who took delivery for 10 EAV P1 electric-assist cargo bikes in late November 2019. Another company that's taken to the phenomenon is green logistics company, Zedify.

“The EAV is clearly a very capable and eye-catching new entrant to the market and we’ve been excited about trialling this at our London depot for ages.” said Rob King, CEO of Zedify. “It’s a beautifully simple design with impressive handling and our riders have enjoyed putting it through its paces. We’re currently looking at how these vehicles could fit within our fleet for our consolidated first and last mile deliveries.” 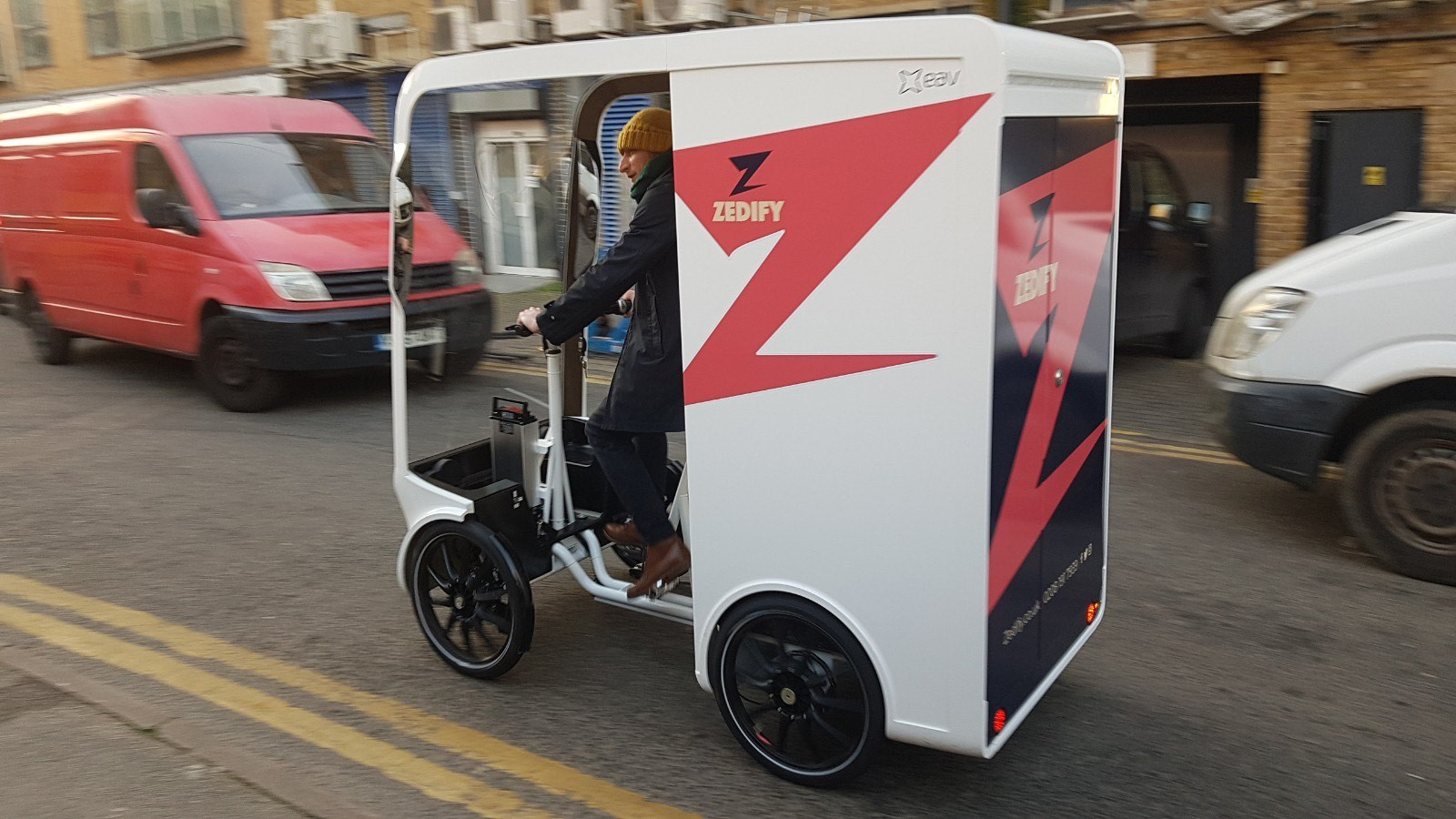 At the time of writing, EAV offers three models: the EAVan, the EAVcab that has a more modular chassis and the option of having a pickup bed or a fixed box at the rear, and the EAVcool which has a 400-litre freezer compartment capable of reaching -18 degrees (or -4 degrees in the chiller variant).

Nigel Gordon-Stewart, Executive Chairman of EAV added, “It’s really exciting to work with companies such as Zedify and see the EAVan, and soon the EAVcab, tested on city streets. We now have a lengthy list of major corporations impatiently waiting in line to test the EAVcab.

The EAVan has already proved it can move faster than a traditional van through many towns and cities because of the different routing it can take and we’re expecting the EAVcab to be even better. This makes the EAVcab an extremely versatile vehicle which will allow many city municipalities the opportunity to legislate for cleaner air and quieter environments at the earliest possible opportunity with no loss of efficiency to local businesses. We’ve also been looking closely at micro-hubs for logistics businesses and our RoRo (roll-on, roll-off) box system will form a key part of that programme for the future.”

According to Adam Barmby, the Founder and Technical Director of EAV, the deployment of its vehicles with DPD have “provided clear evidence of the real potential of [EAV's] vehicles”. Ultimately, these pedal-assist bikes are scalable and have a compartment which allows logistics companies to perform faster, more efficient and greener deliveries within inner-city environments.

EAV isn't trying to compete with larger-sized manufacturers or those who offer bigger LCVs. Instead, the UK-based manufacturer has somewhat of a unique selling point; it's no surprise then, to learn that the company has seen unprecedented demand from companies around Europe.

Brexit won't stop innovative ideas and solutions reaching countries outside the UK. There is, however, the fear among consumers and businesses as to the tax implementations it will have on local businesses when they start trading to EU-based companies in a post-Brexit era.