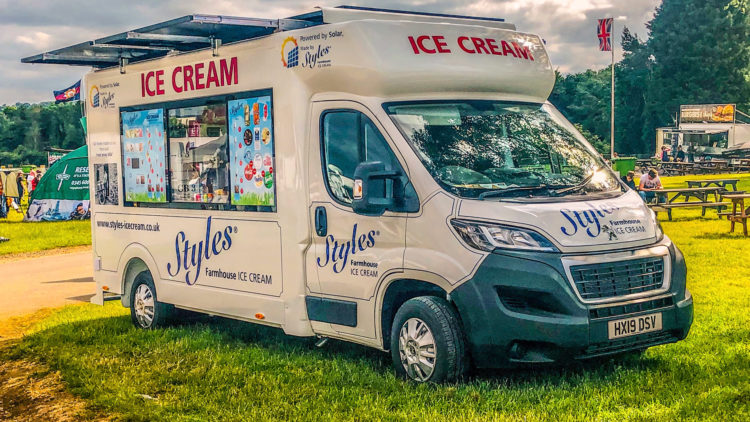 The world’s first and only commercially available solar and battery-powered ice cream van – The Styles Solar Van – will be on display at the Ice Cream and Artisan Food Show in Harrogate, which takes place between 11 and 13 February 2020.

The Styles Solar Van started off as a concept in 2016. The first 2018 prototype of the vehicle used four solar panels, wherein May 2019, David Baker, the owner of Styles Farmhouse Ice Cream, integrated a further four to boost the van's self-generation of electricity. Now, making its debut at the Ice Cream and Artisan Food Show 2020, the owner of the company now has a commercially viable product.

Baker who is based in Rodhuish, Somerset said: “I listened to our customers, event organisers and show directors, who did not want their visitors to inhale the fumes from a diesel engine ice cream van whilst they were stationary selling ice cream. So, I went looking for a solution. After a great deal of research and development, I created a successful system using solar panels and batteries.”

The self-generating vehicle is built upon the Peugeot Boxer Van – we've been told other vans can be retro-fitted, too. While the Boxer van consumes gasoline, its Euro 6-certified low emission engines emit less CO2 emissions into the air in comparison to a regular van. The biggest selling point, however, is that The Styles Solar Van comes retro-fitted with solar panels and batteries, which not only provide the freezer compartments with some juice, but also grant enough power for the Mr Softee ice cream machines and other equipment such as coffee and slush machines.

“We have been trialling our vans all summer and have had an overwhelmingly enthusiastic response from both event organisers and the public at places like Glastonbury and the Henley Regatta,” added Baker. “In full sun the van can operate for up to five to six days. On cloudy days it will run for two to three days. The system can be fully recharged using mains electricity in just four hours.” 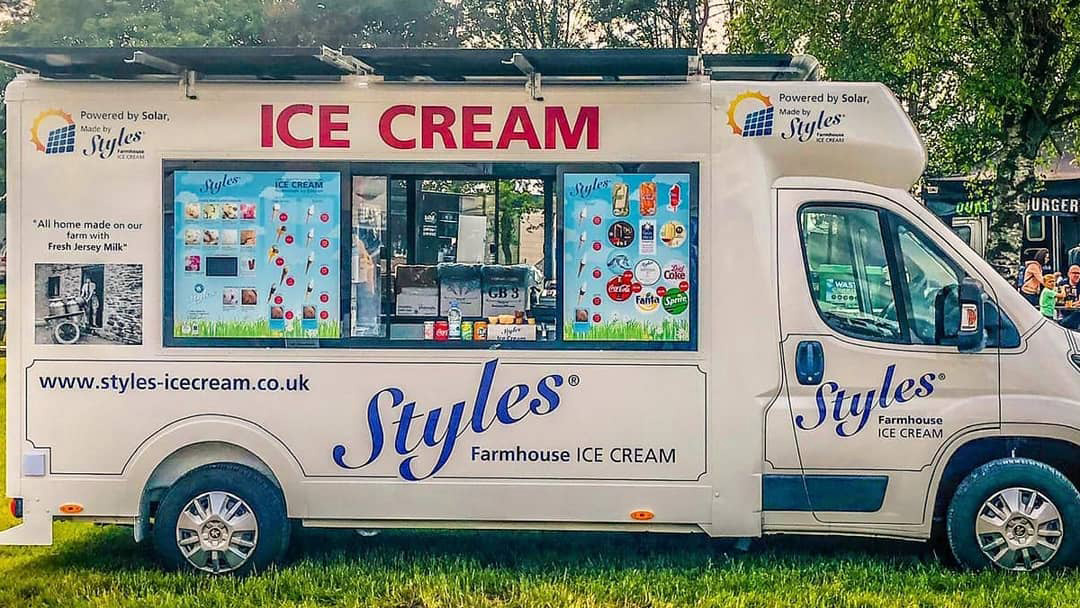 That's pretty impressive, and better still will save an ice cream van driver money in refuelling costs – as the diesel engine doesn't have to be running in order to supply food or drink.

David Baker and his team will be at the Ice Cream and Artisan Food Show to showcase their vehicle, run through how it operates and, most importantly, take orders. If ordered, it can be delivered in just under six months – in time for the main summer season. Prices are based on applications.

“This is brilliant news for both the ice cream sector and The Ice Cream and Artisan Food Show,” commented Zelica Carr, CEO of the Ice Cream Alliance. “Issues with vehicle pollution, idling engines, and Local Authorities restricting and banning diesel vehicles will only increase. Development and use of the Styles Solar Van shows that the sector is environmentally aware and doing something about it. David Baker and his team are to be congratulated.”