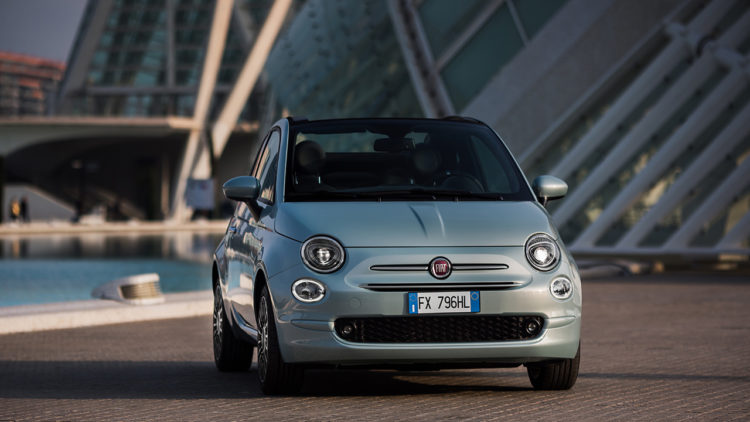 On 24 January, Fiat Chrysler Automobiles (FCA) announced its first cars to be fitted with the new petrol mild-hybrid technology – the Fiat 500 Mild Hybrid starts from £12,665, while the Fiat Panda Mild Hybrid starts from £13,855. It is, however, expected that FCA will announce its updated all-electric Fiat 500e at the Geneva Motor Show 2020, which takes place from 5-15 March.

The new Fiat 500e will also stem as a platform for the similarly-sized Fiat Panda – the fully electrified version of the Panda is expected to be announced later this year. Given FCA has invested more than £4.1 billion in electrifying its fleet, it shouldn't come as a surprise to learn the automaker is looking to announce more pure electric models in 2020.

Given FCA owns a multitude of brands, we're also likely to see the platform used in future vehicles from Alfa Romeo, Chrysler, Dodge, Jeep, Lancia, and even potentially its luxury brand, Maserati.

As for the exterior design, the 500e remains largely similar to the hybrid and gasoline-led variant. The biggest difference comes in the form of the car's front grille – as is the case with most vehicles that turn into a pure electric.

2021 Fiat 500e spied testing in its production body for the very first time. The hatchback will feature an evolutionary design and it will ride on top of the company’s all-new dedicated EV platform. Additionally, it could have somewhere between 62 and 310 miles of electric range. pic.twitter.com/wFHEKRagP6

As you might expect the front grille will be a solid piece of plastic and might even house the 500e's sensors – this might add autonomous driving capabilities or assist with parking. Inside the vehicle, it would seem the car has a slightly larger infotainment display and a different dashboard. However, given the vehicle pictured is a test car, it's likely to change when the car rolls off the production line.

The new Fiat 500e is certainly an exciting prospect and if Fiat manages to release a vehicle with a 120+ mile driving range, they'd be onto a winner. There aren't many small-sized vehicles that mix style and performance into one sleek package. Take the company's Abarth 500 for example, it boasts up to 160 hp and a 0-62mph time of 6.6s; if it's an all-electric, the motor could provide a faster time still. It'll be an exciting car to drive around the city.

It's great to see FCA starting to focus more heavily on electrified vehicles; back in 2019, the company stated it would invest €700 million into its upcoming Fiat 500e, where it would also invest toward a new production line in Mirafiori, Italy. FCA's COO for Europe, the Middle East and Africa, Pietro Gorlier, said the plant will look to produce over 80,000 units per year.

We wonder how the new Fiat 500e will compete with the likes of the BMW i3, the Mini Electric, the Corsa-e and the upcoming VW ID.3, among others. Let us know what you make of the new 500e on Facebook, Twitter or in the comments section, below.