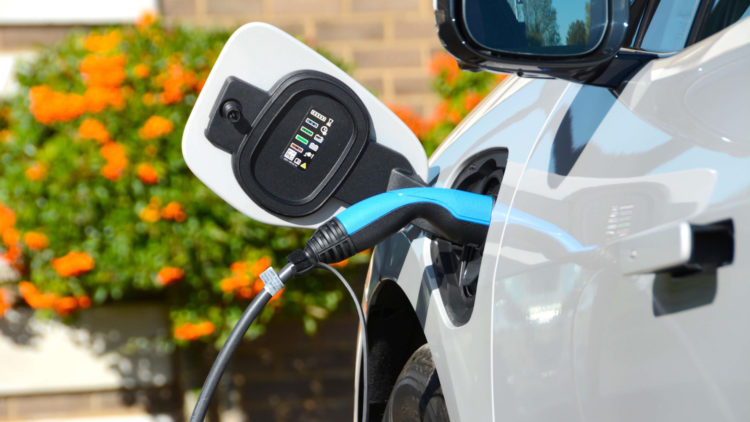 At least 98,500 new battery electric vehicles (BEVs) are expected to be registered in the UK this year, at least that's according to figures from DriveElectric, a UK electric vehicle leasing company. The figure, which is based on the company's own forecasts, represents a 260% rise in BEVs from vehicles registered in the UK in 2019; last year there were 37,850 pure EVs registered. The figure doesn't include plug-in hybrids (PHEVs).

There is a multitude of reasons why DriveElectric anticipates a rise in BEVs – one of the main reasons is down to the changes of Benefit in Kind (BIK) company car tax; there is zero tax on pure electric cars from April 2020 for a period of 12 months. As such, switching from a plug-in hybrid to an EV could result in savings in BIK, fuel and National Insurance.

“An employee taxed at 40%, driving 20,000 miles a year, would save £1,916 annually by swapping to an electric car such as a Tesla Model 3 Standard Range Plus compared to a BMW 330e M Sport plug-in hybrid. The company would save £662 in employer’s class 1A National Insurance and £2,000 in fuel costs against HMRC Approved Fuel Rates. In total, the savings would be £4,578 in just one year.”

That's a substantial saving over the course of a single year, let alone the benefits of cheaper fuel, and lower operational costs in the years to follow. Plus, thanks to the OLEV grant, consumers can get home chargers for as little as £279. Further, it's expected that employees will be moving toward company cars, rather than sticking to car allowances.

Another factor is the general supply of new EVs in the market; 2019 saw manufacturers around the world swing their attention to EVs, and now in 2020, a lot of them have plans to release new vehicles. There's going to be a massive influx of new all-electric vehicles hitting the market this year.

There's also another reason as to why automakers have shifted their attention: to avoid hefty fines. From 2021, the EU fleet-wide average emissions of all newly registered cars will have to be below 95 g/km CO2 – as such, if manufacturers exceed this limit, they'll have to pay a substantial fine – €95 for each g/km to be specific.

Naturally, there's been an increased awareness from consumers of the environment and climate change. The same goes for the government, albeit under scrutiny from regulators, where more initiatives, such as Clean Air Zones are being introduced throughout the country – discouraging consumers in taking petrol or diesel-led vehicles into city centres, or even purchasing them in the first place.

Elsewhere, existing EV manufacturers, such as Tesla, are set to ramp up production, while comparatively new entrants to the pure electric market, such as PSA and Volkswagen are anticipated to make a huge impact upon arrival.

Do you think DriveElectric has been realistic with its prediction? Let us know on Facebook, Twitter or in the comments section, below.