The North–South divide: Research shows EVs are more popular in the South of England 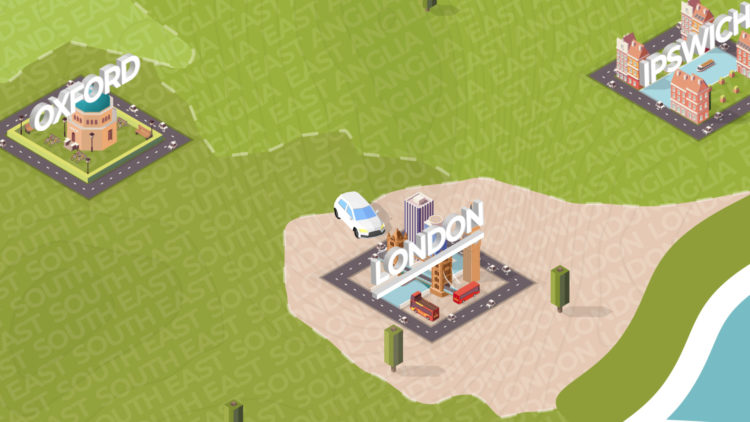 Last week, we covered news of the Department for Transport doubling down funding on EV charge points. As a follow-up piece, Admiral, one of the largest car insurance providers in the UK has shed some light on the rise of electric vehicles (EVs). The company analysed data from over 50 UK town and cities, to find out which areas have seen the biggest uplift from EV registrations.

The data, which in-part was credited to Open Charge Map, showed the following:

Clare Egan, Head of Motor at Admiral commented on the divide between the North and South of England: “As it stands that growth isn’t evenly distributed across the country and there are huge discrepancies in electric vehicle uptake across the UK, with our data showing that cities in the south are surpassing those in the north. Increasing the funding for charge points on residential streets is a huge step in evening out the balance of electric vehicles in the UK, and making sure that there is easier access for everyone, regardless of their postcode.”

However, consumers aren't fully to blame, as there's a shortage of EV charge points in the North of England; for example, Hull and Wigan have 13 and 19 EV charging points within a five-mile radius, while London and Milton Keynes, have the second-highest number of charging points with well over 100+ ports available to drivers. Ultimately, the infrastructure plays a huge roll in a buyer's decision to go all-electric.

Read next: Nottingham wants to become the first carbon-neutral city in the UK

To help its customers and those looking to transition to EVs, Admiral has produced an interactive map of the UK, which allows users to check for EV charge points and see the percentage split of pure and hybrid EVs.

“We want to help normalise electric car ownership as much as possible, so while you can choose to take out a dedicated electric vehicle insurance policy if you want to, you don’t have to. Some electric vehicles are expensive, but the range of affordable models and second-hand market is increasing so it certainly pays to shop around if you’re thinking of switching to an electric or hybrid car. Over time electric vehicles are cheaper to own and run compared to petrol or diesel alternatives, so as well as reducing your impact on the environment, they also reduce the impact on your wallet” added Egan.

Have you noticed an increase in charge points or EVs in your area? We'd be keen to hear your thoughts! Let us know on Facebook, Twitter or in the comments section, below.