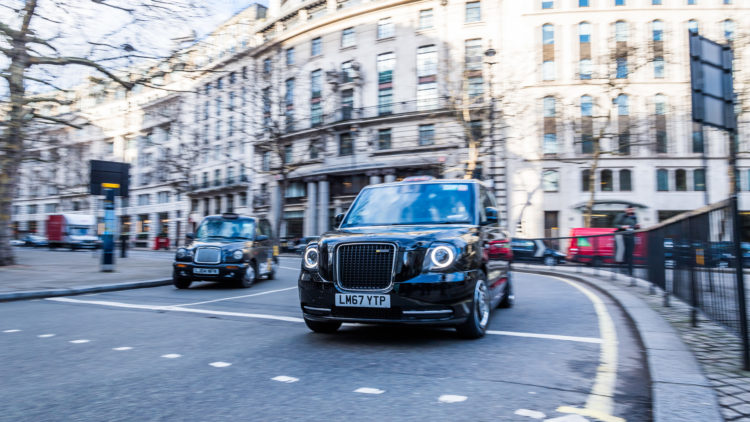 In mid-January of this year, we wrote about Nottingham City Council's plan to become the first carbon-neutral city in the UK. It would seem that Nottingham is a forward-thinking city – it's been announced that the UK government will be investing £3.4 million in wireless charging technology trials at taxi ranks across the Midlands.

This comes after the Transport Secretary, Grant Shapps, made the pledge on 17 January. “Taxi drivers up and down the country are at the vanguard of the electric vehicle revolution, playing a leading role in reducing air pollution in our city centres where people live, shop and work. New wireless technology will make using an electric taxi quicker and more convenient, allowing drivers to charge up at taxi ranks before heading off with their next passenger” said Shapps.

The need for wireless charging technology in the automotive industry comes after a recent increase in the popularity of EVs. In comparison to regular-style charging points, wireless chargers provide a more convenient method of recharging a vehicle's batteries. Instead of having to go to a designated charging point, Nottingham-based taxi drivers will be able to recharge their batteries while they wait for new customers. This also makes it a lot more feasible for taxi drivers to switch over to an electric vehicle.

If the six-month trial proves to be successful, this new technology could also be rolled out for broader public use; electrifying taxi fleets have been targetted, as bringing down transport emissions in this segment is a lot easier to carry out. It also saves taxi drivers in ‘refuelling' costs.

Andrea Leadsom, Secretary of State for Business, Energy and Industrial Strategy said: “Charging technology, including wireless, is vital in giving consumers confidence to make the switch from petrol to electric cars. This pioneering trial in Nottingham, and others like it, will help us take crucial steps towards lower emissions and cleaner air. We are determined to end our contribution to global warming entirely by 2050 – and delivering cleaner and greener transport systems is a key part of this.”

Installing wireless chargers isn't a simple task, however. The vehicles will need to be retrofitted with wireless charging hardware, while the floor which resides under the taxi ranks will have the be redeveloped to integrate the newly-formed technology.

Ten Nissan and LEVC electric taxis in Nottingham will be fitted with the wireless charging hardware. The project, a collaboration between organisations including Cenex, Sprint Power, Shell, Nottingham City Council, Parking Energy, Transport for London and Coventry University could speed up charging and help reduce congestion in city centres. Nottingham City Council will provide the vehicles to taxi drivers rent-free.

Councillor Longford, Deputy Leader at Nottingham City Council said: “Nottingham is excited to host the trial of this new type of innovative charging technology, keeping us ahead of the pack, and helping to promote cleaner taxis in our city and potentially take us a further step forward towards our goal of being carbon neutral by 2028.”

At the time of writing, taxi drivers who are in possession of an electric vehicle have benefitted from the exemption of zero-emission taxis from the higher rate of vehicle excise duty. £20 million has also been allocated to 27 local authorities to install electric taxi charge points across England and Scotland.

There's a further £50 million grant fund in the pipeline, which provides drivers with up to £7,500 off the price of a new, eligible, purpose-built taxi. The announcement follows on from a near £40 million funding, which was announced in July 2019 for the ‘development of electric vehicle charging technologies‘.

Minister for the Future of Transport George Freeman said: “Funding innovative transport technologies like wireless charging is a crucial part of our Future of Mobility strategy to support UK leadership in decarbonisation. We are determined to harness UK science and engineering to bring down transport emissions and help make journeys greener.”

A few innovations have already received the said investment; these include underground charging systems that don’t require on-street structures and solar-powered charging units. It's great to see the UK government investing in future technologies. WhichEV is particularly impressed in Nottingham City Council's approach to electrification. They're paving the way for other local authorities to do the same.