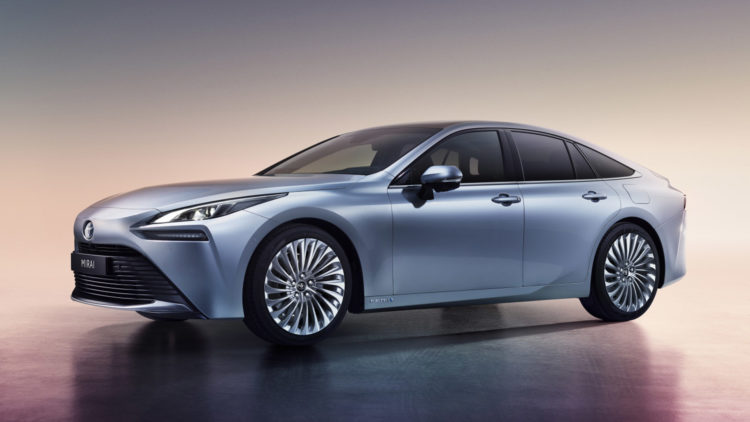 Toyota, the Japanese automaker has unveiled details on its second-generation Mirai saloon-sized vehicle. The first-gen EV was launched back in 2014; back six years ago hydrogen-fuel cell vehicles were a futuristic concept – now in 2020, zero-emission fuel cell electric vehicles (FCEVs) are far more common.

The car, which has been used by the manufacturer to promote the use of hydrogen-based technology, will have a driving range of around 300 miles. Unlike battery-operated vehicles, the Mirai can have its hydrogen fuel tank replenished in a matter of minutes. As you might imagine, it only emits pure water from its tailpipe.

While the idea of having an FCEV might seem tempting on paper, but it's worth considering the refuelling stations near where you live; given the infrastructure, at least in the UK has yet to see an adoption of hydrogen fuel cell technology there are only a handful of these types of EVs on our roads. Since 2014, Toyota has only managed to sell 10,000 Mirai's while in comparison a quarter of a million battery-operated Teslas were sold in 2018 alone.

On the plus side, Toyota is looking to integrate its hydrogen fuel cell technology in ‘Woven City', an upcoming 175-acre smart city at the base of Mount Fuji in Japan. As such, it should come as no surprise to see the Mirai getting a refresh. 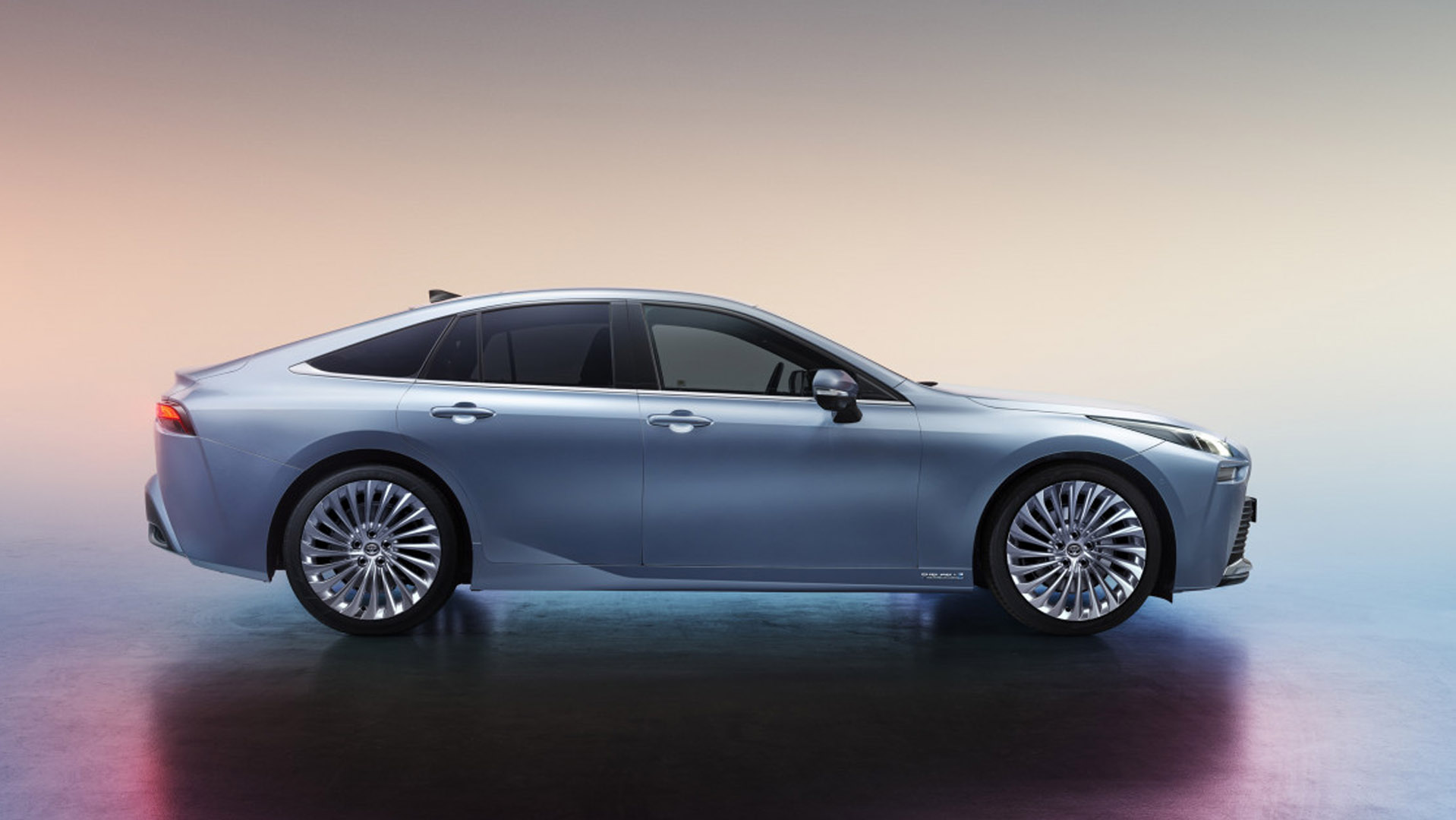 The car is scheduled to launch this year in Japan, North America and Europe. Other markets are set to join depending on how well the car is received in these key markets. Stepping up from the first-gen model, the new Mirai is targetted to have an improved 30% efficiency; this is made possible due to the improvements of the system and the use of larger on-board hydrogen tanks. There are now three tanks within the car, one long and two short, which combined add a kilo of extra hydrogen.

Yoshikazu Tanaka, the new Mirai’s Chief Engineer, said: “We have pursued the goal of making a car that customers will feel they want to drive all time, a car that has an emotional and attractive design and the kind of dynamic and responsive performance that can bring a smile to the driver’s face.”

“I want customers to say ‘I chose the Mirai not just because it’s an FCEV, but because I simply wanted this car; it just happens to be an FCEV.’ We will continue our development work focusing on that feeling, and we hope that with the new Mirai we will be a leader in helping realise a hydrogen energy society.” 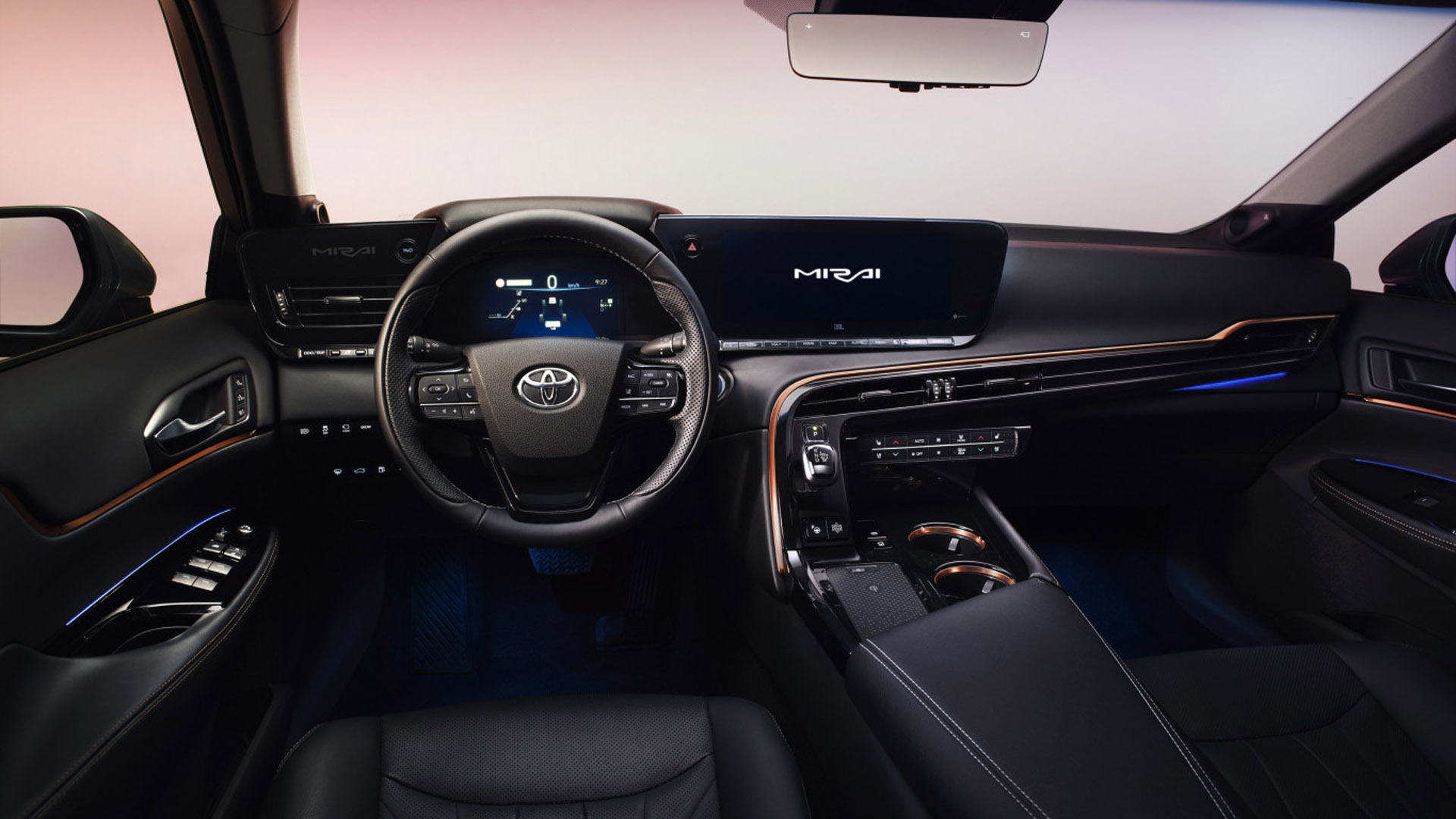 The new Mirai will have 20″ rims and have a sleek and slender profile; almost a cross between a Lexus LF-30 and UX 300e and a Jaguar I-Pace. Inside, the car will have a 12.3″ centre display and an instrument cluster that dominates the driver's dashboard. The car will seat five people, which is one more than the current generation has to offer.

Built on Toyota’s latest TNGA rear-wheel-drive modular platform, the car is said to have a ‘higher degree of body rigidity', which should translate to an agile and responsive drive. To find out more and to register your interest, head over to Toyota's website.

Would you be tempted by a hydrogen fuel cell vehicle? Let us know on Facebook, Twitter or in the comments section, below.