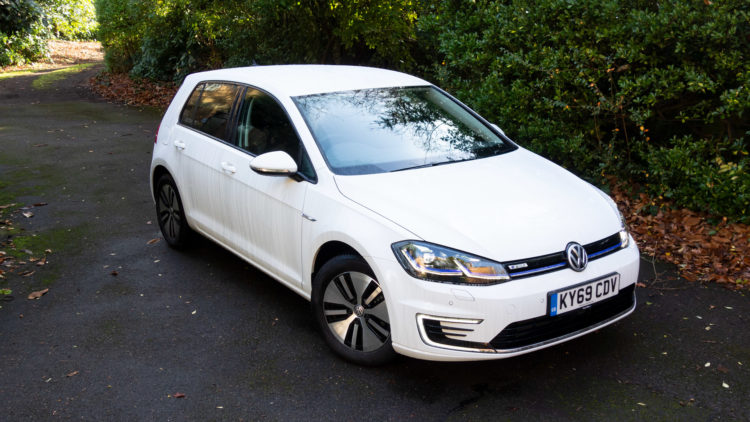 The Society of Motor Manufacturers and Traders (SMMT), whose role is to promote the interests of the UK automotive industry at home and abroad has released figures on the state of the UK car market. Battery electric vehicle (BEV) saw the biggest percentage growth over any other type of vehicle sold in the UK.

Last year, 2,311,140 vehicles were registered, which represented a -2.4% decline over the previous year of sales. Numerous reasons constituted towards the decline of new car sales – Brexit is believed to be one of them. Despite the UK's unrest, BEVs saw a 144.0% growth, whereby they overtook plug-in hybrids (PHEV) for the first time (+17.1%). Whilst not overtaking hybrid electric vehicles (HEVs) in total sales, sales of BEVs proved to be the most fruitful.

To put this into perspective, out of the 2.3m vehicles sold, only 97,850 were HEVs, and a mere 37,850 were associated with BEVs. The latter accounts for just 1.6% of the UK's market share; it would seem it'll take a while for British citizens to adopt the newer technology. The UK government wants to reach around 50-70% in the next ten years.

For this to happen, the government is going to need to invest a lot more money in its infrastructure, namely by providing free-to-use or assessable public chargers. Furthermore, the government needs to come up with a solution for those who live in flats – the city of London is made up of multi-story apartment blocks; consumers who rent or own a flat aren't able to fit a charger in their premises as it's a shared property.

Still, these numbers should be seen as a positive change towards climate change – alternatively fuelled vehicles (AFVs) registrations took up a record-breaking 7.4% of the UK's market share for new vehicles. 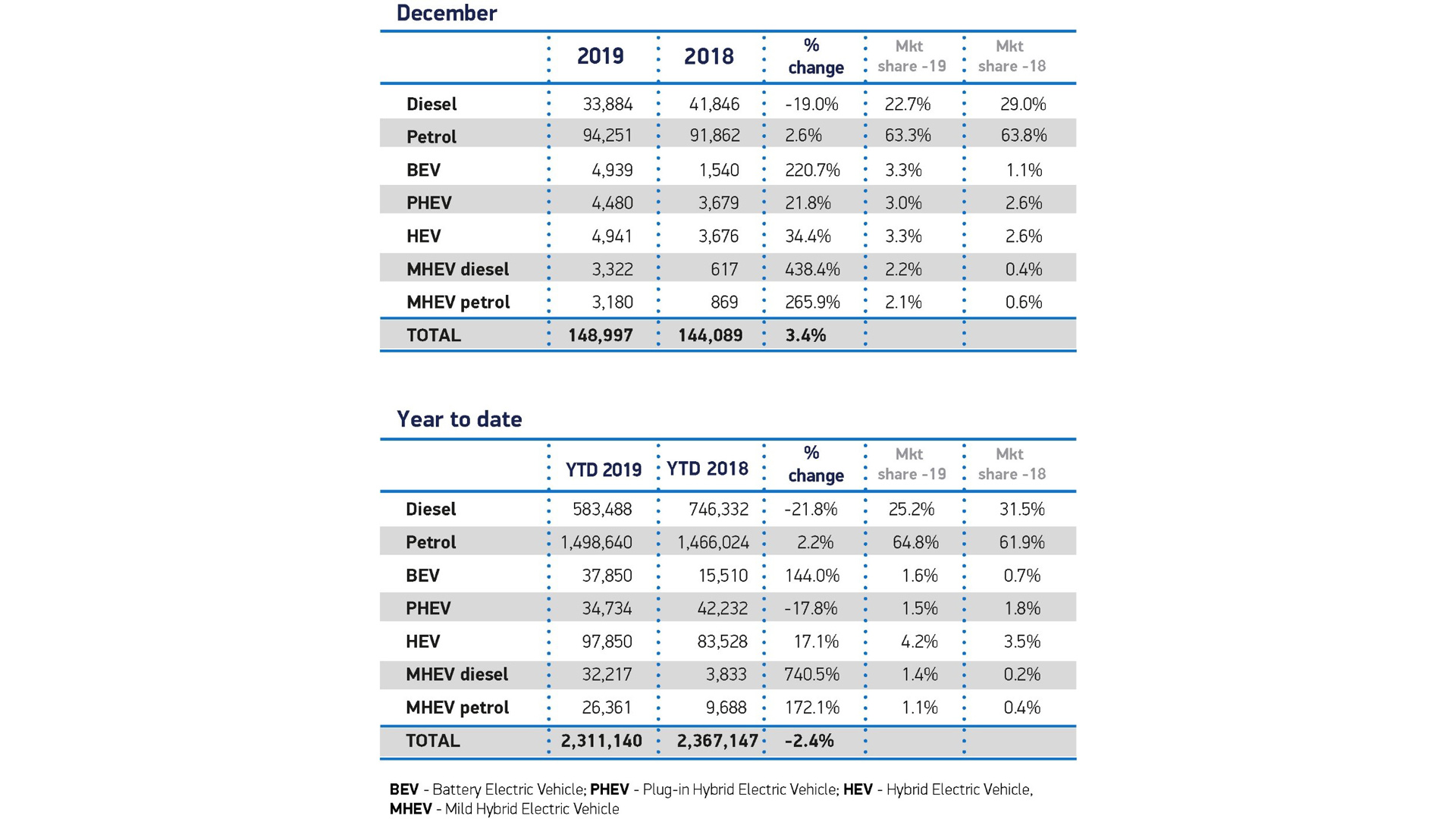 Elsewhere, registration for diesel vehicles was down by 21.8%, despite the modest 2.2% growth in gasoline-operated vehicles. Despite the overall decline, the UK car market is the second biggest in the EU, behind Germany. It's also one of the most diverse markets in the region, with over 350 different models available; there's set to be 90 new additions in 2020, with 23 of them looking to be BEVs, and 11 PHEVs.

Mike Hawes, SMMT Chief Executive, said, “A third year of decline for the UK new car market is a significant concern for industry and the wider economy. Political and economic uncertainty, and confusing messages on clean air zones have taken their toll on buyer confidence, with demand for new cars at a six-year low. 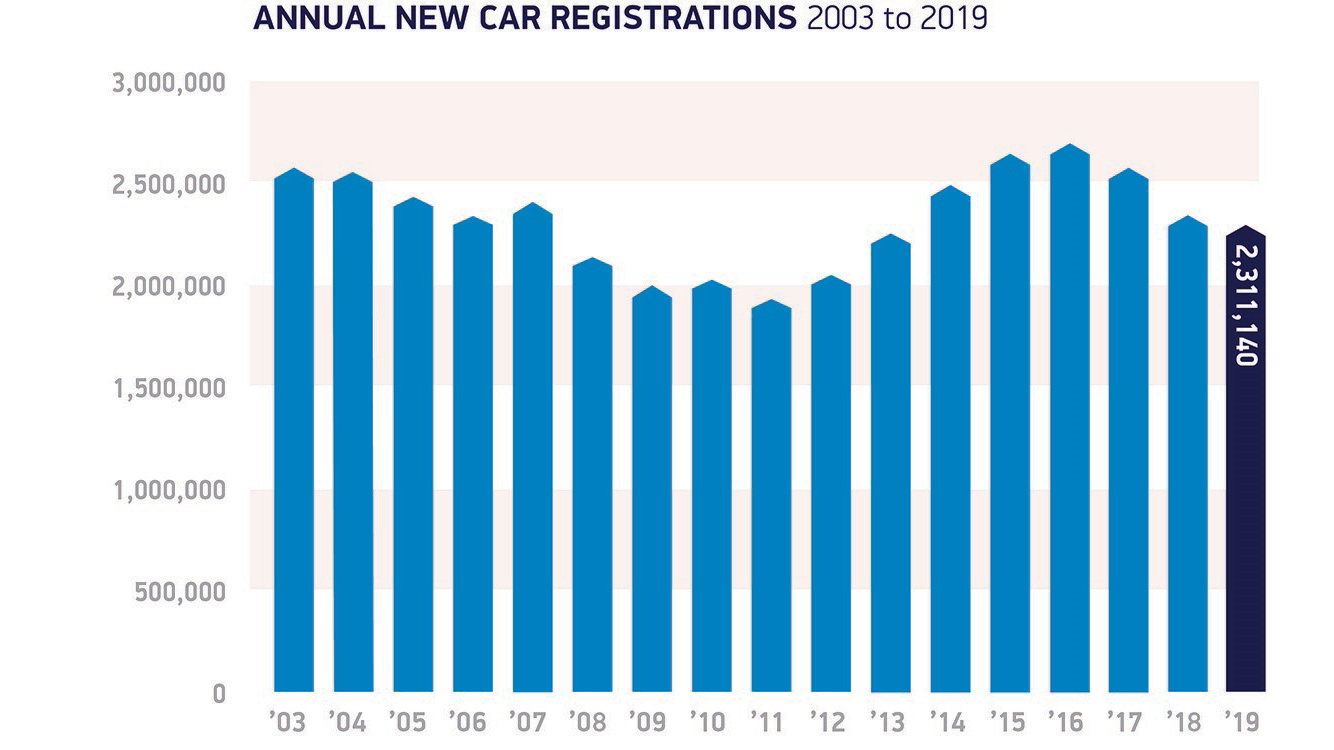 “A stalling market will hinder industry’s ability to meet stringent new CO2 targets and, importantly, undermine wider environmental goals. We urgently need more supportive policies: investment in infrastructure; broader measures to encourage uptake of the latest, low and zero emission cars; and long term purchase incentives to put the UK at the forefront of this technological shift. Industry is playing its part with a raft of exciting new models in 2020 and compelling offers but consumers will only respond if economic confidence is strong and the technology affordable.”

The SMMT's data shows that the average CO2 emissions rose for a third successive year, by 2.7% to 127.9g/km – a worrying sign that businesses aren't embracing the EV change. The negative impact, however, can be associated with the change in standards: new cars have to undergo stricter Worldwide Harmonised Light Vehicle Test Procedure (WLTP) tests, which generally means a higher CO2 figure over the older New European Driving Cycle (NEDC) tests.

The UK has a long way to go before it can achieve its net-zero target by 2050; a lot of work has to take place in the next 30 years for Britan to be considered a ‘green' country.