Tesla is ahead of schedule: The automaker will deliver its first Chinese-made Model 3 on 7 January 2020 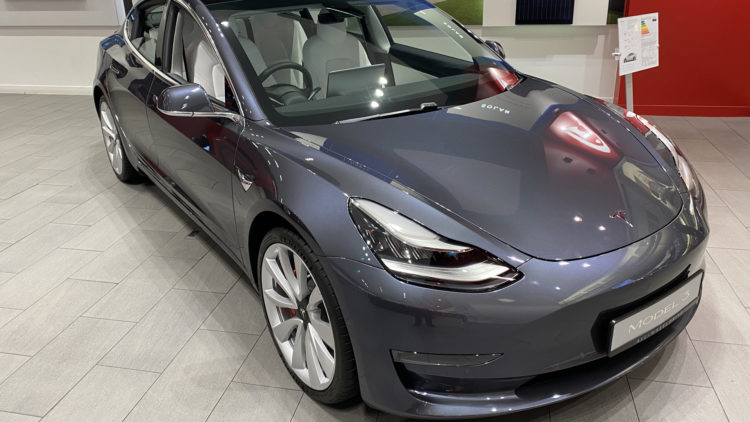 Gigafactory 3, Tesla's Shanghai-based factory, rolled out its first Chinese-made Model 3 in late December 2019; now, the automaker anticipates it'll deliver its first car to customers on 7 January 2020, at an event that'll take place inside the factory. This beats its initial target of wanting to deliver its cars to local customers on 25 January 2020.

15 Tesla employees who had placed an order for the car were among the first crop of people to take delivery – you'll see a video shared on Twitter, below.

WhichEV has been keeping a close eye on developments of the manufacturer's Chinese factory, where it will massively improve the company's production output – some 250,000 vehicles (this includes the Model Y) are anticipated to roll out of the Shanghai-based factory in 2020.

Wang Hao, Tesla's Chinese-based general manager, stated the plant has currently achieved a target of 1,000 cars a week; he also anticipates a wealth of investment in service centres and fast-charging station across China – for example, the Tesla Supercharger network is to improve across mainland China.

The news follows on from the Model 3 being put on the approved list for subsidies by the Chinese government. In other words, Tesla customers will receive a government grant towards the purchase of their new vehicle.

Elon Musk's team has cleverly positioned itself in China, in an act to minimise the impacts of the US-China trade war, which sees higher import fees for Chinese-based companies looking to bring their products across to the US, and vice versa. With a foothold in China, Tesla can sell directly to the Chinese population; near 1.4 billion people to be specific.

In light of the news and the increase in production capacity, Tesla's shares have drastically risen. To think that on 23 October (prior to Tesla's earnings update) the share price sat at $254.68 USD, and at close on 2 January sat at $430.26 USD – that's a 69% increase in the space of two and a half months.

To put this into perspective, VW one of the largest automakers saw only a 5% increase, while Toyota saw a 4.1% increase till close on 30 December 2019.

What a way to close out 2019, and this is only just the beginning.
Congratulations to the Shanghai team! https://t.co/N6U8qlTPWp

Concerns risen over the safety of Tesla's Cybertruck