Will the current workforce survive as the car industry moves to an EV future? 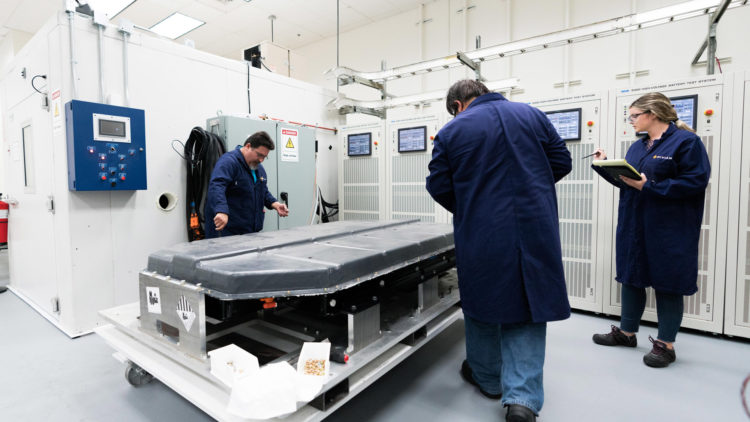 It has been a strong year for EVs, from increased vehicle sales with more cars and trucks announced, to companies getting behind the idea of going all-electric in the near future. There has, however, also been a considerable cost with thousands losing their jobs.

GM has closed numerous plants in recent times, Mercedes Benz has announced plans to cut 10,000 jobs while Audi aims to eliminate 7,500 jobs over the next six years.

But how bad could it get? Are the feared 100,000 job losses in Germany a worst-case scenario or the shape of things to come? To get an idea, we must first look into the numbers.

In 2017, outsourcing specialists Fircroft suggested that 8.3 million people were employed globally in the vehicle industry (814,000 in the UK). For those people to be in a job, there needs to be enough desirable cars that people can afford. At the moment, the largest market is in China; drivers bought some 24 million cars last year – 7 million more than the Americans did.

Additionally, China is where the EV market is at the moment, with more than half of each year’s sales – more than 1 million vehicles – taking place in the country. When you add in European emission regulations, then there's a strong reason for developing EV models over petrol and diesel engines; this gets reinforced as the number of new car registrations falls.

That’s where the job issues begin: EVs require approximately 30% less labour than internal combustion engines as electric cars do not need many of the parts associated with traditional cars. Combine this with efficiencies through automation and joint ventures, and it’s not hard to see a workforce that will be hit hard.

Consider Lordstown Motor Corps in Ohio. The plant they bought from GM to make their new Endurance EV truck once required more than 4,000 people to make vehicles. Now, Lordstown only needs approximately 400.

The US Labor Department believes approximately 150,000 US jobs are involved in building engines, transmissions and axles at US factories. Compare that to the 235,000 jobs at auto assembly plants and you begin to get an idea of how many jobs could go once all cars are EV.

A cause of concern

IG Metall, the German union for many autoworkers, believes 75,000 German jobs in building engines and transmissions will be eliminated by 2030.

“The internal combustion engine and transmission are vital parts of automotive manufacturing,” said Brett Smith, director of research at Michigan think tank, The Center for Automotive Research. “They are ones that are clearly at risk right now. That has everyone concerned.”

So while there are many reasons, as a consumer, to fondly back on 2019, for those who work in the industry it may be the start of a decade of stress and uncertainty that shows digital efficiencies to have the same brutal impact on employment numbers as it has in other sectors.

There are also arguments that would suggest new types of jobs will be created with the rise of EVs, however, this might not appeal to those mechanically trained technicians who work predominantly in the factory.