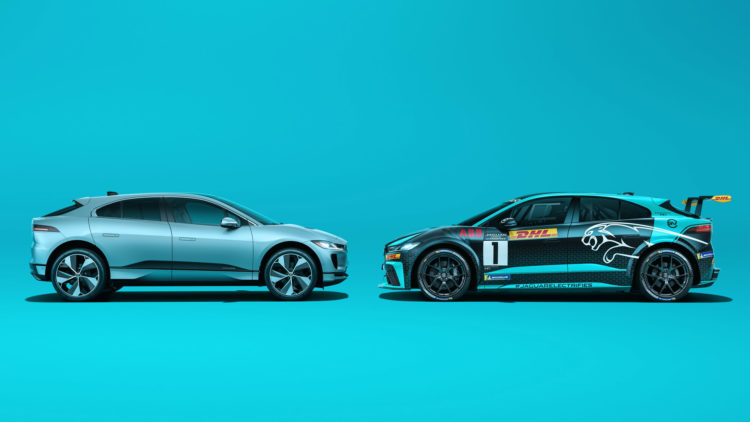 Jaguar has announced a nice December gift for I-Pace owners: an update that includes an extra 20km (12miles) of real-world range on a full charge.

The update is available to all I-Pace owners through select Jaguar retailers. It sees tweaks to the battery management and thermal systems, an enhancement to the software-over-the-air system (that, for some reason, can’t be used for the full update this time round) and improvements to the all-wheel-drive system.

Interestingly enough, the improvements came after analysing not just real-world data – of which, Jaguar now claims to have 50 million miles for its study – but also from the I-Pace eTrophy series, which started last year and runs as part of the Formula E season.

To be fair to Jaguar, they know that these improvements aren’t likely to have people beating a path to buy their £60,000+ EV and they aren’t going to change the official range limit of 292 miles, which is why they are being modest in the announcement of the update.

“The Jaguar I-PACE eTROPHY has generated a huge amount of data for us to analyse and those marginal gains, derived from competition on the track, are now being applied to customers’ cars to further enhance their driving experience,” said Stephen Boulter, I-PACE Vehicle Engineering Manager. “The new software updates optimise the powertrain control systems to improve efficiency and allow I-PACE drivers to travel even further on a single charge without any hardware changes.

According to the official release, the full list of gains that are derived from the eTROPHY race series include:

While gains may be “marginal” what is interesting to see here is that Jaguar has very quickly grasped the potential of ongoing updates to its SUV, which will necessitate a different approach to customer relations – especially if the SOTA (Software Over The Air) initiative gets to a similar style as the one favoured by Tesla.

It’s also a nice marketing touch by suggesting the car has links to the race track, which then not only reinforces awareness of the eTrophy series but may make the drivers feel more sporty in the car, helping to downplay the sensation of not driving ‘a proper car’. Of course, the big question will be – as with all Christmas presents – how do they top it next year?