Will Neuron trucks become the TORQ of the town? 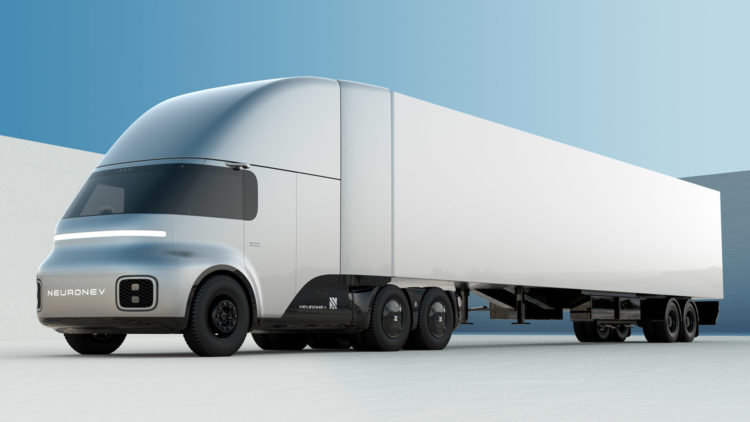 At the end of November, Irvine based Neuron EV announced that they had a ‘Tesla Cybertruck Killer' and now they are apparently preparing an electric semi-truck called the EV TORQ. At first glance, it appears to have been a busy year for the company founded by Scott Zheng and Edward Lee two years ago. With a strong message and clear design DNA, WhichEV was keen to know more about Neuron EV, so we could evaluate the company's chances of success in an ever more competitive world. We were left confused. Here's why.

While major shopping malls across the world have Tesla showrooms built in, the first thing we noticed about Neuron is just how shy the company is about where it's located. We spent a while going up and down every page on the company's site, without luck. One page did invite visitors to come and see the ‘Neuron EV Exhibition' at Hongqiao Trade Centre, 2377 Shenkun Road in the Central Business District. Unfortunately, Google Maps has never heard of this location. There is a phone number on their Facebook page, but it doesn't have a country code. There is a video of the company's showroom on Facebook, but it appears to be a computer generated, virtual fly-by. We contacted the company a few days ago to ask for more details, but have heard nothing back. Strange indeed.

We recently covered new companies operating in this sector, from British firm Equipmake, who have used a small amount of seed money to create an interesting modular EV transport system, for which they already have orders lined up in Latin America. Then, earlier today, we reported on Israeli-based REE and their novel approach to ‘integrating everything an electric transport vehicle might need' into the wheels. Ree already has backing from Honda and Mitsubishi. Quite where Neuron are with their headline grabbing claims, no one seems to quite know. They seemed to get a chunk of angel investor change back in April 2018, but no obvious reports on other investment since.

There are some other numbers that were a little confusing. Despite claiming up to 200 employees on their LinkedIn page, Neuron only seemed to have five people listed. One of them is Casey Hyun, who was central to the design revolution at Korean giant, Hyundai – helping to develop half a dozen of their cooler models. We wanted to reach out to Casey, to find out more about Neuron, but his primary listing seems to be an organisation called Global Design Index and when we checked the contact info listed, it had an address in Cambridge UK, but with a phone number that has a South Korean prefix.

Having seen some very nice images for Neuron products, a showroom location and a pre-order page on their site, we'd hoped to bring you a full report on the specs of their vehicles and maybe start examining how Neuron might line up against competitive vehicles from Tesla and the rest. We're not able to do that due to a startling lack of information once we scratched the surface. We will continue to reach out and will let you know if we manage to locate anyone from Neuron.

Photojournalist with a broad range of experience dating back over two decades.