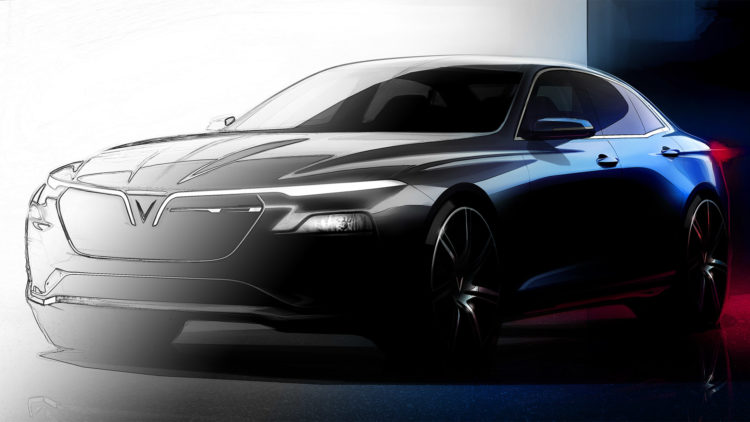 It's a funny old time for rich investors from the Far East. While the electric vehicle market is clearly beginning to boom across the world, the actual numbers are not there yet in terms of raw sales revenue. Billionaires like Jack Ma, Robil Li, Hui Yan and Pony Ma have been part of a massive rush to invest, which has seen close to $20 billion flowing into start ups – helping create a bubble environment. Alongside the on-going and (what appears to be) largely artificial trade war between the US and China, the market is in a period of uncertainty. The future profits are so big, that even the most experienced investor is trying to push past any natural reticence they may harbour. WhichEV looks at the latest move to generate a big profit in the nascent EV market with a brand called VinFast.

While the Europeans have the experience, brand and overall mechanical knowledge, the Far East has money and no preconceived ideas about what an electric vehicle company might look like. What everyone can agree on, is that money will be made in the largest markets. Initially, that means the US and China, but we'll also see substantial sales growth across the world over the next three years.

Enter Pham Nhat Vuong, arguably the richest man in south east Asia. Aged just 51, Vuong has amassed a personal fortune close to $10 billion. His mother had a tea shop and his father was in the army when he entered Hanoi University of Mining and Geology in 1987. He borrowed some money from friends and went off to seek his fortune in the Ukraine in 1992 and rapidly built a business selling dehydrated culinary products (which Nestle bought for $150m in 2009), at which point Vuong went into property development.

He made the move into automobile construction as VinFast gained a licence to build cars with BMW engines and he has now decided that he must focus on the EV market. To date, he is rumoured to have allocated up to $2 billion to make his dream come true. That dream? To build a Vietnamese automaking business with an international reputation for quality vehicles.

Other Asian auto brands have struggled to translate success back home into international revenues, Proton and Tata to name but two.  Vuong knows that it will be hard and could take as long as five years for his plan to yield results, but he seems determined to fund it until it works.

Vuong's level of finance means you can launch a new product in Paris with David Beckham standing next to your car. Good start in the ‘quality by association' marketing game that he will need to play with the States.

Vuong believes that with the right product, price and marketing he can begin to open up lucrative markets outside of Vietnam. His first electric vehicles should roll off the production line before the end of 2021 and he's targeting Russia and the USA in his first campaign. To be price competitive, it is estimated that he will need to ramp up production to 100,000 electric vehicles for 2022.

To get the company through to that stage (and beyond) could need another $2 billion in funding. While we have no doubt that Vuong will seek outside investment partners, it must give him hope to know that he could, if necessary, fund the whole project himself.

WhichEV will be watching with interest to see if new brands like VinFast can dislodge US favourites like Ford when it comes to the EV market.

Will Neuron trucks become the TORQ of the town?