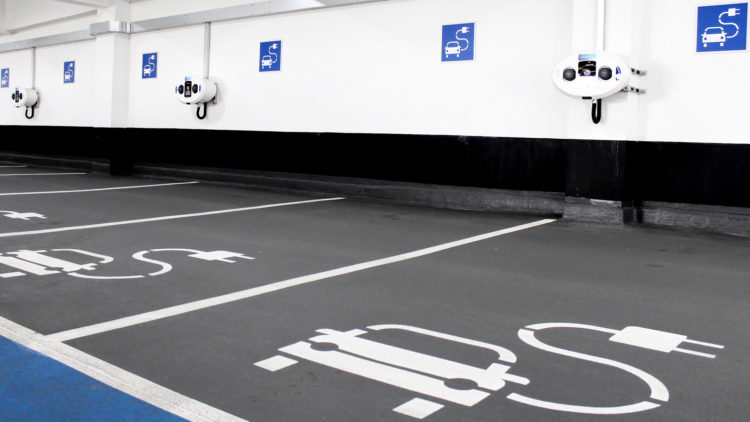 Appointed as Secretary of State for Transport in the summer, Grant Shapps has lived up to his name and allocated a number of grants and funds for local authorities to be able to increase the number of charge points available to the public. It is now a stated government objective that a driver's postcode should play no part in how easy it is for them to be able to get around in an electric car. WhichEV examines the funding available and suggests a course of action for UK-based EV fans who want more flexibility.

As you would expect, the capital has more charge points than anywhere else, with around 4,000 available to the public in London. Scotland, as a whole, has more than 1,500. Other cities follow behind. As of November 2019, there were around 15,000 charging device locations spread across the country.

For comparison, there are around 8,500 petrol stations. What's that? 15,000 Vs 8,000? Job done surely?  Far from it. Most petrol stations are now built on an enormous scale and it's not unusual to have 15 or more pumps at each location. With 15 pumps at 8,500 locations, you would have over 125,000 refuelling points for a petrol/diesel vehicle. According to recent reports, we have just over 20,000 public EV charging points.

As 2020 approaches, there are still over 100 local authorities with less than 10 public charging devices per 100,000 citizens. That's going to cause some queues.

Plus there is the added complication that an old fashioned car can be filed up in less than 5 minutes, while a decent charge on an EV can take 30 minutes, so each point will be occupied for longer. Supermarkets aren't daft and will want you to walk around, spending, while you recharge your batteries.

Shapps told reporters, “Your postcode should play no part in how easy it is to use an electric car, and I’m determined electric vehicles become the new normal for drivers. It’s good news there are now more charging locations than petrol stations, but the clear gaps in provision are disappointing. I urge local councils to take advantage of all the government support on offer to help ensure that drivers in their area don’t miss out“.

He added, “To help increase the provision of charging locations, the government is offering grants for the installation of chargepoints on the street, in work and at home. We are also offering grants to lower the upfront cost of these cars so everyone is able to experience the benefits”.

If you live in an area that you feel is poorly serviced by public charging options, then you should encourage your local authority to apply for grans to improve the situation. The details can be found here.

Maybe your workplace can apply for additional funding. If so, you can fine out more here.

All of these schemes come on top of the £500 million that was pledged to a cleaner/healthier Britain back in September.

The present government's aim is to double the number of publicly accessible rapid charging points before the end of 2024. While they were not specific about how much power these points should provide, they did indicate that the units should charge a family car in 20-40 minutes. It also doesn't mention how much charge would be take on during that period, but it seems safe to assume that they are talking about the 43kW to 100kW points that will give most cars an 80% charge in less than an hour.

Overall, we applaud these initiatives and encourage more spending on the UK's electrical infrastructure.  Having at least one charge point at 95% of the UK's service stations is a good start, but hardly adequate for the changes that are coming over the next 24 months.