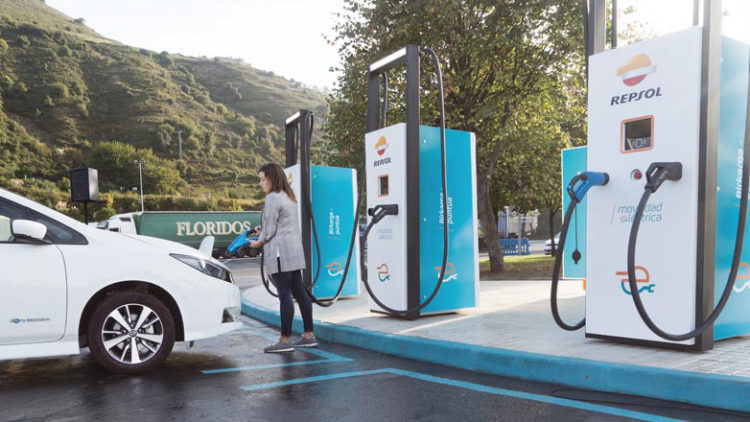 Repsol, a multi-billion-euro oil and gas company, has announced its commitment to combat climate change. With the help of Ibil, a company that has a large charging network and infrastructure in Spain, the two companies will look to accelerate EV charging points across the country.

The news doesn't come long after Repsol's board of directors decided on achieving net-zero CO2 emissions by 2050; using the output of carbon from the 2016 baseline, the fossil fuel company wants to have a reduction of 10% by 2025; 20% by 2030, 40% in 2040 and a complete wipeout by 2050. Of course, given the company's position in the market, it would also mean that Repsol would offset some of its emissions by carrying out reforestation and other climate-orientated tasks.

The two Spanish companies are looking to innovate and develop new products and services in the field of EV chargers. In most parts, Ibil – in which Respol now holds a 50% stake – will look to provide more services for installations and will help to build a larger charging infrastructure.

The transition to sustainable electric energy shouldn't come as a surprise; the entire automotive industry is shifting its attention to EVs and with increased pressure from local government and consumers, companies that refuse to embrace the change will be left behind (no matter their size).

As a result of the agreement, Repsol will boast more than 230 charging points across Spain – 35 of these are fast-charging points. This would establish the fossil fuel-based company as a leader of EV charging points in Spain. As well as its own-branded EV chargers, Repsol will also operate over 1,000 terminals that Ibil has installed for companies and private customers.

Similar to the Ionity group, Repsol will have an ultra-fast charging station which will be capable of delivering up to 400 kW of power. This charging point is located in Ugaldebieta (Biscay) and has four terminals – making it the most powerful charger in Europe.

Much like Ionity, which has partnered up with Octopus Energy to supply 100% renewable electricity; Repsol will do the same through its Repsol Electricidad y Gas subsidiary. As a large oil-based company that prides itself in high octane gasoline, it's refreshing to see a company like Repsol shifting its focus towards EVs.

“Repsol has different lines of action that contribute to making mobility more sustainable, such as the development of more efficient fuels, the supply of AutoGas and the launch of WiBLE, a car-sharing service in Madrid.”

The Spanish company is truly setting an example to other suppliers: if Repsol, a multi-billion-euro fossil fuel company can do it, so can you. We applaud you, Repsol.

Hyundai unveils its strategy for 2025: It’s looking to transition into smart mobility

Hyundai unveils its strategy for 2025: It's looking to transition into smart mobility