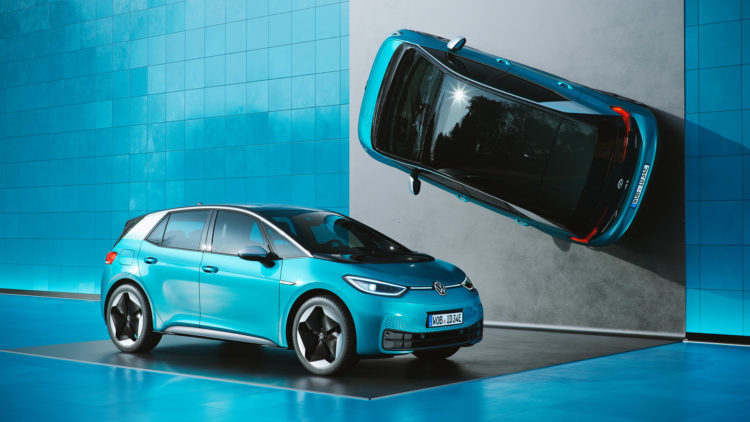 The VW ID.3 is an upcoming all-electric hatchback that's set to create a rift in the EV market. The Volkswagen Group is going to push its car to the masses and with such a large dealer network and global presence, the number two vehicle manufacturer in the world is likely to succeed.

The ID.3 will be built upon the modular electric drive matrix (MEB) platform, which allows it to be scaled to future vehicles with ease. The car will boast a WLTP driving range of 341 miles (550 km), where a 100 kW charge will give the vehicle 180 miles (290 km) in just under 30 minutes.

This is all thanks to the car's battery – in early October, Volkswagen mentioned it is to invest €1bn in battery cell technology; it looks like that money is being spent wisely. To fully understand how batteries inside an EV work, it's important to understand how a high-voltage battery system looks like: imagine a large rectangular bar of chocolate, which is placed in sequence with up to twelve others – these battery packs then lay across the vehicle's floor. That's the space in between where you sit and the ground. 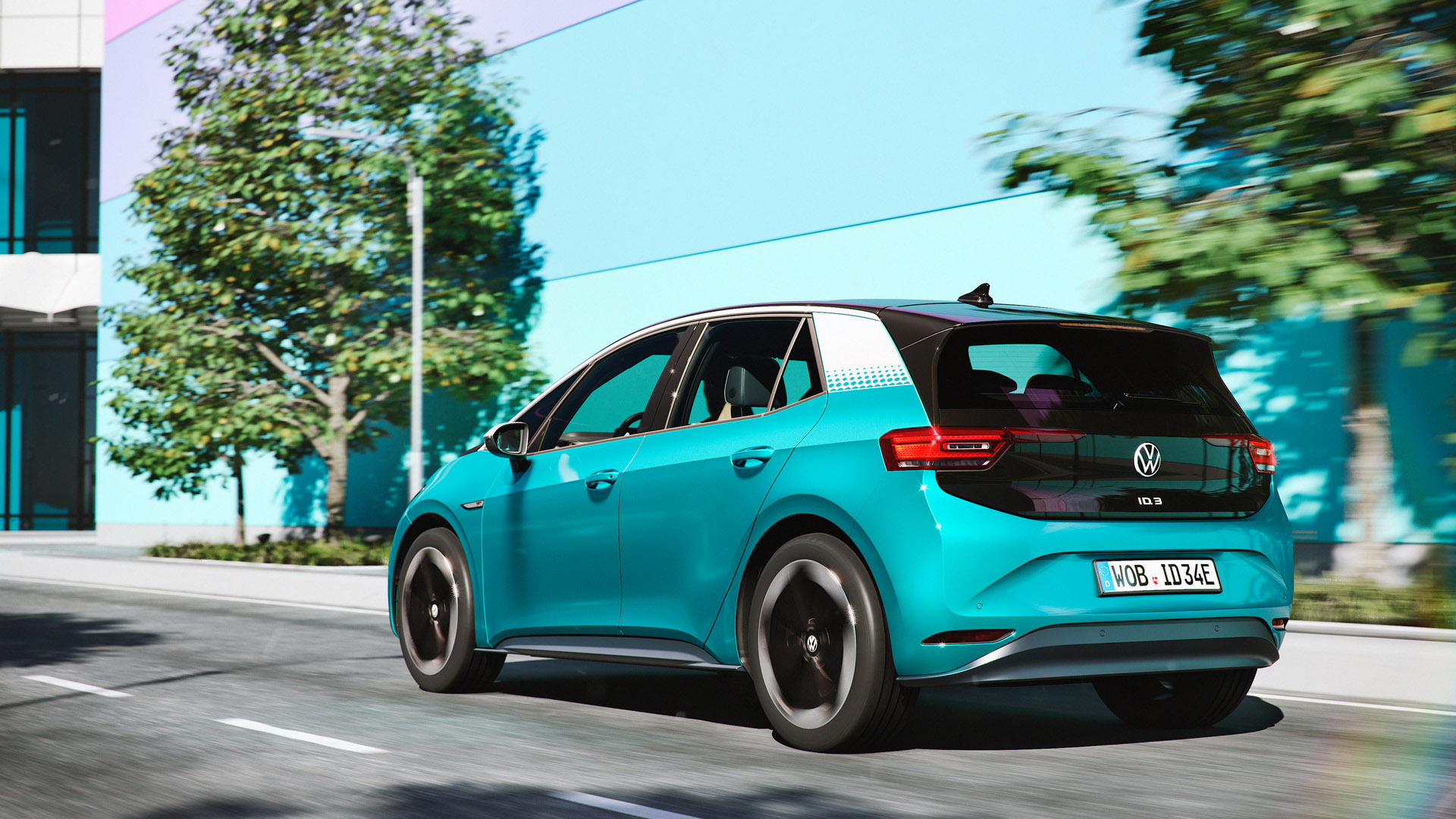 What are they made out of?

The batteries housed inside the VW ID.3 use lithium-ion cells – the same type that's found within most modern-day smartphones and laptops. A singular battery cell is the smallest component within the system: it stores energy then releases it when power is drawn from it. The number of cells used in an EV is variable, it depends on the size of the car and even the capacity; in the ID.3 there are 24 cells consolidated into one battery module and, in turn, there are twelve modules laid across the vehicle's floor.

These are all connected in sequence via a series of connectors. There's a huge amount of power that runs through the system – 408 volts to be exact; that's far more than your wall socket (220-240V in most parts of Europe; 110V in the US). Unsurprisingly, electric vehicles are dangerous to tinker with; you need to be a trained electrician or have a good understanding of an electric system before tampering with the internal circuitry found within an EV.

To regulate power, the vehicle uses a controller to regulate the flow between the battery and the electric motor. Here, direct current (DC) that's found within the battery packs is converted to alternating current (AC) for the motor.

The positioning of battery packs is pivotal

For years now manufacturers have used the same battery pack layout, but why? By having the batteries laid out in sequence along the vehicle's floor, it frees up space within the cabin, gives the vehicle a better centre of gravity and allows the system to be modular, so that in the future automakers can simply upgrade the battery systems for higher-capacity, higher-density cells that'll provide faster charging and achieve far greater driving range. 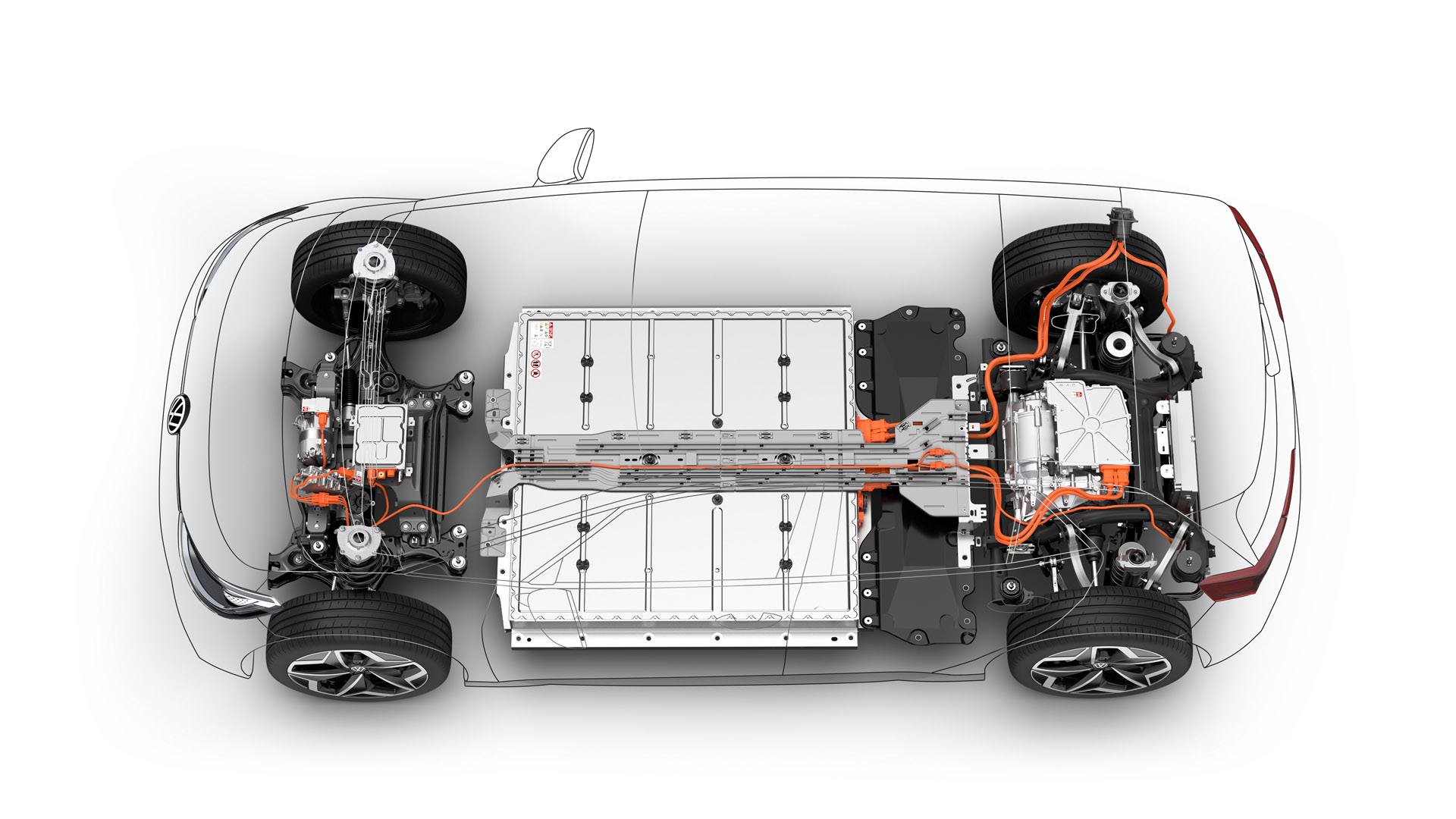 Some companies, such as Panasonic have been doing it decades, however, others have decided to create their own battery cell manufacturing plants. Volkswagen, for example, has a site in Brunswick, where battery systems have been in production since 2013. The scale of production is huge; battery factories can span the size of several football pitches. The German manufacturer wants to produce in excess of half a million battery systems a year – that's significantly more than what it's doing now.