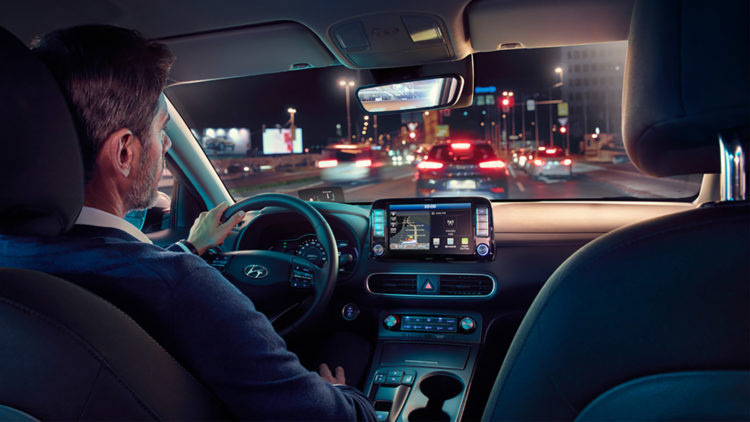 Competition between car manufacturers has heated up with the introduction of electric vehicles, however, there's still a lot to be learnt by the general public when it comes to the concept of using an electrified vehicle.

In an unregulated world without pollution and climate change issues, it's possible that the transition away from fossil fuels could take anywhere from 50 to 100 years. But the global community (well, most of it) has embraced the idea that we need to be smarter in how we live and kinder to our planet. As a result, EVs are coming to a garage near you. In a two-part series, WhichEV takes a look at some interesting research that's been commissioned by Hyundai.

Back in 1968, Hyundai made the move from general engineering and construction, into the world of automobiles, through a partnership with Ford to help produce the Cortina in the Far East. Six years later, Hyundai went on a recruitment spree in the UK and landed a team of top British car designers and engineers. One year later saw the release of the Pony and a new car brand stepped onto the stage in its own right.

To understand more about the changes that will happen in 2020, Hyundai commissioned OnePoll to conduct research into the UK's attitudes and opinions relating to electric vehicles. A mixed group of 2,000 petrol, diesel and alternative-fuel users were surveyed.

Was the government right to push the public away from fossil fuels?
Around 56% of the group were happy with this policy and thought it was the right thing to do.

Do you know enough about electric vehicles?
With 28% saying that they don't know enough, it's clear that there needs to be more education in the market about EVs.

How far does the average Brit drive in a day?
Overall, this figure is around 20 miles a day.

Are concerns about EVs putting people off?
Sales in October were up 152% year-on-year, with the actual number of electric vehicle registrations in October 2019 hitting 3,162 against the 1,256 bought in October 2018 – with hybrid plug-ins (PHEVs) down 1.7%. It would seem that market forces are overcoming the concerns that people might have.

Now let's look at the most popular anxieties and issues voiced by the research group, alongside Hyundai's responses and our commentary:

Can an electric vehicle fuel your ‘petrol head' needs?
You won't be disappointed. As soon as you push down on the accelerator, the transition from stationary to speed is almost instantaneous. EVs look set to break every performance record set by fossil fuel-based cars. Lotus, Karma and Pininfarina have all recently unveiled stunningly quick designs.

I'm worried about breakdown cover
No reason to be. The majority of breakdown suppliers now provide services for all EVs as well as conventional vehicles. Companies like the AA can provide electric vehicle cover at the same price as you'd pay for a fossil fuel car – and their engineers are trained in handling high voltage vehicles. Checking with your rescue service's costs and coverage is easy.

I've got doubts about the safety of electric vehicles
EVs undergo the same rigorous testing and meet the same safety standards required for petrol or diesel-fuelled cars. As further autonomous driving controls are integrated into every EV, the number of accidents and injuries will fall way below those for petrol/diesel-led cars.

Don't the batteries from electric vehicles add to the landfill crisis?
EV batteries can be recycled just like the batteries in petrol or diesel cars. EV power cells can be used to store solar and wind energy, or can be broken down with their more-valuable elements reused.

There isn't enough choice in the market
The range of options is increasing all the time. All of the world's leading car companies will be developing and launching a lot of new models over the next two years – including Hyundai. WhichEV expects prices to fall too.

If your personal concerns have not been listed, click here to find a list of the Top 5 issues that were raised during this research project. These are tough questions, but they need to be asked and answered if we are all to make progress to a cleaner, quieter, safer tomorrow.

We applaud Hyundai for undertaking this research and look forward to other companies (as well as central and local government) to do their bit in the future.