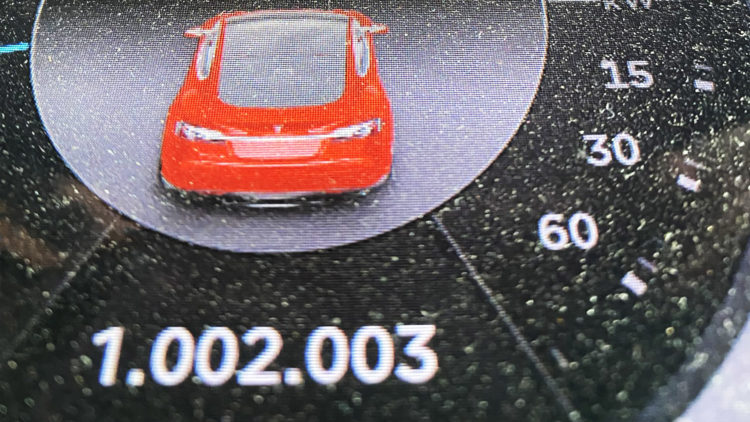 When you first get into electric vehicles, you find that you have a lot of unwarranted prejudices. Will I run out of juice? Will the car overheat? Will it be damaged by lightning in a storm? Of course, there is the perennial favourite, “Will the can simply stop working after a few years/100,000km?”.  Hansjörg Gemmingen started driving a Tesla Roadster, but in 2014 he moved to a Model S. Gemmingen's never looked back and now, he's becomes the first person to rack up a million kilometres (621,000 miles) in a single electric car. WhichEV locates the pioneering hero and examines the story.

When his first battery needed to be replaced after driving for 520,000 kilometres (323,000 miles), Gemmingen must have suspected that something amazing was happening. Many of us will lease a car with the intention of driving 8-12,000 miles a year (13-19,000km). Someone is considered to be a heavy driver if they pass 20,000 miles a year (32,000km). The distances involved here are simply staggering. You could almost fly to the moon three times.

Our hero lives in Karlsruhe, Germany which is around 40km west of Stuttgart, an area that's home to Mercedes and Audi – the German stalwarts of reliability. He rolled his Tesla past the 1 million mark in front of the Fasanenhof in Stuttgart, to be greeted by champagne, cake and an official from the Guinness Book of Records who noted the details for inclusion in their next tome.

So how much did it cost, in maintenance terms, to get the car to a million kilometres?
Gemmingen claims it was much more economic than you might imagine. For a start, he wasn't driving a sedan that delivers 30 miles per gallon – so he didn't need to buy £122,000 worth of petrol. He did wear out three electric motors and is now on his third battery, but a chunk of those costs were covered by Tesla's extensive warranty.

For now, this goes down as a milestone day for the electric vehicle. By our calculation, we should revisit this story around Christmas 2022, to see if Gemmingen's car passes the million miles mark.