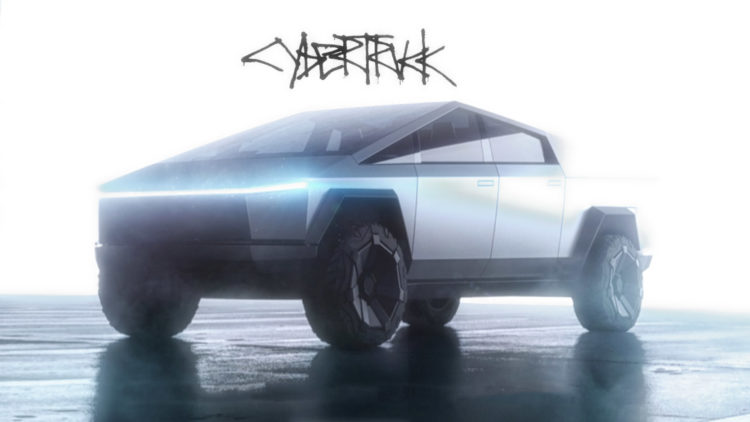 UPDATE: On 24 November, we anticipated over 200,000 orders in under four days, now less than a week since its launch, Elon Musk announced that 250,000 orders have been placed for the Cybertruck. Madness. Our original article continues, below.

While it is possible that some early orders will get cancelled between now and the official delivery date in 2021, there can be no doubt how popular Tesla's Cybertruck launch has been. CEO Elon Musk reported that the company had passed 146,000 orders Sunday morning and 180,000 by Sunday evening, so it's reasonable to assume that figure will touch 200,000 by the time the sun rises on Tesla's facilities in California on Monday morning.

To put that into perspective, Tesla has taken more revenue in four days' worth of orders for the Cybertruck, than Amazon might rake in for the whole of Black Friday through to Cyber Monday. WhichEV takes a moment to let that sink in.

Our in-depth report on Friday, detailed the new product and how the range was going to be taken to market.

Combining these numbers with the information released by Musk, and the maths is pretty simple.

In the four days since the opening demonstration where a ‘broken window during a demonstration' helped drop Tesla's share price by 6%, the company now projects an additional $11 billion in new orders.

You have to wonder how the stock market continues to get the Tesla story so wrong, while consumers keep buying into the visionary products. Even some of the broadsheets in the UK have described the launch as a ‘fiasco'. Whoops.

Combine the polarising, bullet-resistant sci-fi looks with Supercharging V3 (that can give you an additional 75 miles of range in just 5 minutes) and it seems that the overall concept has overcome any shortcomings in the demonstration.

Worth noting that, in any market segment, there is a limited amount of money that can be spent on new products. So one way of looking at this weekend's activities is that Tesla won $11 billion in new orders. Another is that $11 billion ‘that could have been spent on a future GM Endurance or Ford Electric F-150 truck' – that money has now been invested into Tesla.

That said, it's not all gravy. Lovers of big American trucks have quoted plenty of limitations, including pin weight, bed length and the ability of this kind of product to stop a fifth wheel RV attached to the back – but the early adopters don't seem to mind.