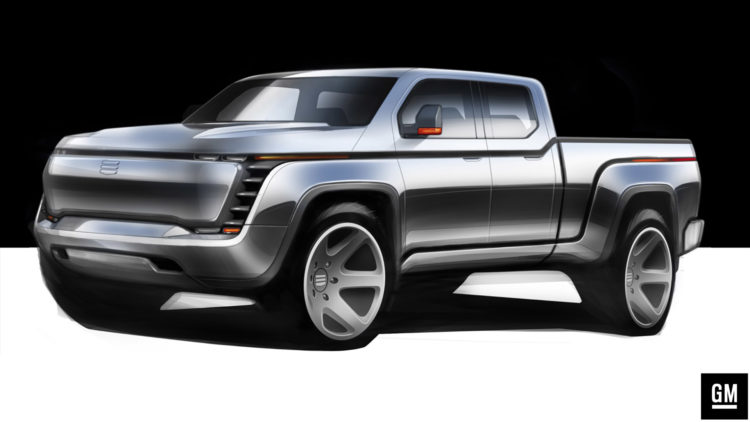 Two years from now, lovers of the traditional American truck will be able to drive down to their local GM dealer and pick up an electric monster for all their personal/small business towing & trucking needs. This announcement follows hot on the heels of Tesla's CYBRTRK and Ford's earlier announcement that it intends to create a 21st-century version of the F150 pick-up (as well as its partner company, Rivian with the R1T). Today, WhichEV looks to the future of the gas-guzzler replacement vehicle.

Yet again, a vehicle market that had not previously existed, will get a Tesla model in the first wave and everyone else will be measured against that yardstick.

The challenges for GM, Ford and others are immediate and obvious. While Tesla is promising an entry-level model around the $39,900 mark, GM is likely to be pricing its starter model closer to $53,000. Pricing for the Ford F150 has been loosely rumoured to be ‘below $100,000'.

At a recent investor's meeting in New York, GM's CEO, Mary Barra, told the media, “General Motors understands truck buyers and people who are new coming into the truck market. It will be a very capable truck, I'm pretty excited about it”.

GM's initial target market seems to be corporate fleets and small-to-medium sized businesses, but there will also be a marketing campaign for consumers. One of the larger dealers, Lordstown, is already accepting pre-orders with a deposit of $1,000.

On that basis, the marketing focus for each line seems to be:

While this kind of vehicle may not be popular across Europe, it represents a huge amount of the US auto spend – so it'll be interesting to see how these brands compete with each other in 18 months' time.

VW begins to curb its environmental pollution at sea