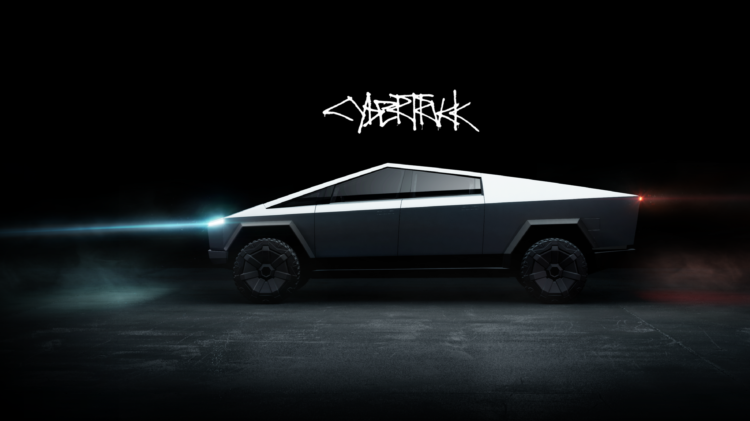 Update: Tesla's livestream of the event can be found here

Prices have been revealed for the truck with $39,990 for the base single wheel drive model all the way up to $69,900 for the range topping tri-motor drive version. Stay tuned for full analysis of the event.

Tesla will be unveiling its next EV at an event in Los Angeles on 21 November 2019. It's tipped that Elon Musk, CEO and co-founder of Tesla, will reveal the new Cybertruck (CYBRTRK) Tesla pickup truck.

It's been a long time coming, as Musk has wanted to build, develop and release an all-electric pickup truck for years. The first mention of a truck dates back to 2012, and now, the company's CEO has finally realised one of his (many) dreams.

At this stage, it's not known of how the truck will look like, but at WhichEV, we predict that from the front it'll look a lot like the Tesla Semi, whilst at the back we'll see it adopt a more traditional approach – ultimately, it is a pickup truck after all.

We also suspect the vehicle will be sensibly priced at around $50,000. Elon Musk, himself said the truck should be cheaper and better than the new Ford F-150 – among one, if not the most popular pickup trucks in the US. That'll take some convincing, however, as we've witnessed a few cases of ‘coal rolling‘ incidents from the US-folk, whereby diesel-led truck drivers emit large amounts of black fumes in front of an electric vehicle, namely in front of Teslas. Truly, childish behaviour.

As for the performance, expect something similar to the Model Y, but with more torque, a longer driving range and a lot more towing power. Will it match the all-electric Rivian R1T pickup truck, we wonder? Only time will tell.

If you want to watch the live stream event, head over to Tesla's website at 20:00 Pacific Time Zone (PT) or wake up early in the UK (4am GMT to be specific) to get your first glimpse of the new EV.

Let us know what you make of the announcement in the comments section, below.