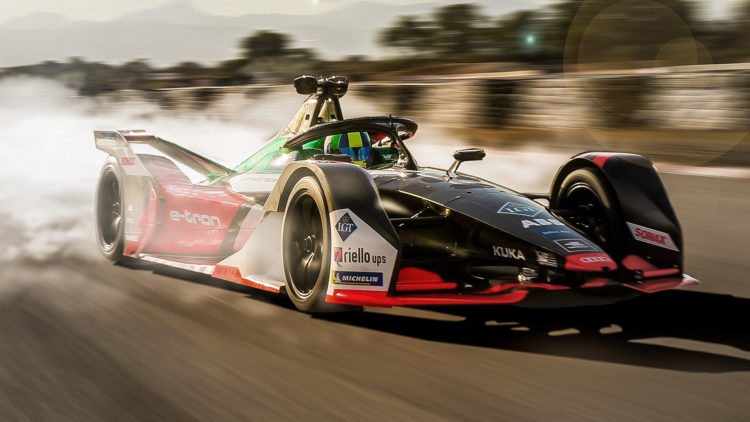 By most standards, coming second in last year's constructor’s championship and third in the driver’s contest wasn’t a bad result for Audi Sport ABT Schaeffler. However, as the 2019/20 Formula E season kicks off on 22nd/23rd November in Saudi Arabia, competition will be stronger than ever – with Porsche and Mercedes EQ entering teams this year, alongside BMW. WhichEV takes a quick walk down the paddock to see how the new season is likely to unfurl.

This season, 12 teams, 24 drivers and ten manufacturers in total will compete across 14 planned races. For the first time, all four German premium car brands will be squaring off on the track, with Audi, BMW, Mercedes and Porsche all looking for the kind of success that Mercedes has enjoyed in the traditional fossil-fuelled F1 competition.

The Audi Sport ABT Schaeffler team principal is Allan McNish, former three-time winner of the Le Mans 24-Hour Endurance Race and former F1 competitor himself. While there might be a tendency to look for changes that can be made, McNish firmly believes in stability.

“Daniel Abt and Lucas di Grassi are the only duo to have contested all of the Formula E races together in one team and are now entering their sixth season together”, McNish explained. “This consistency and the collaboration within our well-gelled team are one of our great strengths in such a dynamic and lively championship as Formula E”.

Pre-season testing at Circuit Ricardo Tormo in Valencia, was not as fruitful as the ‘Audi works team' might have hoped. Note, a ‘works team' is a group of individuals who are financed and run by a manufacturer – in this case, it's Audi; they provide the employees, finances and vehicles.

An Audi e-tron FE06 powertrain was fastest in both the second and fourth test sessions, but for the Envision Virgin team. The other sessions were topped by BMW, DS, Jaguar, Nissan and Mahindra.

For a private team to beat a works team would be highly unusual in F1, but Formula E is a bright new sport with rapidly developing cars, drivers and circuits – so anything can happen.

From a PR point of view, Formula E is a perfect way for manufacturers to promote their green credentials. Audi’s ‘Roadmap E’ shows more than 30 electrified models by the end of 2025 – most of which will be 100% electric.  The regular Audi e-tron and Sportback versions are already in the market and will be followed next year by the e-tron GT, which promises to be faster still.

When your brand stable includes Lamborghini and Ducati, the pressure is on to win. Will be interesting to see how far the Audi works team gets in 2019/20.

If you want to follow Formula E yourself, then Eurosport will be airing live coverage and you can find a complete listing on the FIA’s Formula E web site.