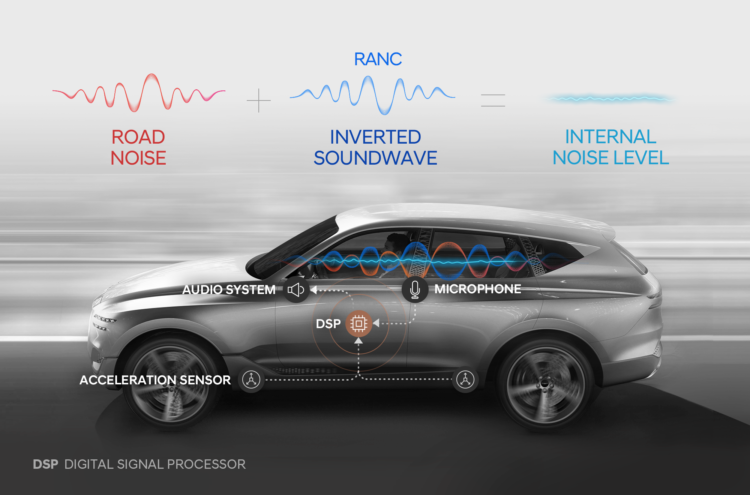 As internal combustion engines start to phase out in favour of all-electric and fuel cell electric vehicles, in-cabin quietness will become ever-more important. In such vehicles, there are three primary sources of noise: the EV's powertrain, road noise and depending on the speed, wind noise. To counteract these unwanted sounds, the Hyundai Motor Group has developed a new system that dramatically reduces noise within the vehicle's cabin.

Coined as Road Noise Active Noise Control (RANC), the system promises to build on the company's current Active Noise Control (ANC) technology to further improve noise isolation. The latter works in the same way as noise-cancelling headphones: through the use of software and an array of mics, the technology emits soundwaves that invert the incoming noise, ultimately blocking out external noise and isolating you from the outside world.

Without ANC or indeed RANC, a vehicle is limited to passive noise isolation, which involves dynamic dampers and material that attempts to lessen the distractions that are present outside of the vehicle's cabin. By using ANC technology to reduce and control the noise, a driver can further concentrate on the thing that matters the most – driving.

Despite ANC technology already featuring within a few of Hyundai's vehicles, the South Korean manufacturer decided to take it one step further. The automaker found that it took about 0.009 seconds for road or engine noise to reach the passenger; as such, the older methods only worked with noises that were both constant and predictable – it struggled with variable soundwaves and sudden changes.

As such, the new RANC system analyses various types of noises in real-time to produce inverted soundwaves. It works as follows: using an acceleration sensor, the system calculates the vibrations from the road to the car and uses a computer to analyse it. Thanks to fast processing capabilities, the entire process takes just 0.002 seconds to produce an inverted soundwave, which is generated by the DSP (Digital Signal Processor). With the mics always monitoring external noises and relaying information back to the DSP in real-time, in-cabin noises are greatly reduced.

“RANC is a remarkable technology which takes existing NVH technology to the next level,” said Gangdeok Lee, a Research Fellow of NVH Research Lab, “We will continue to take the leading position of NVH technology and deliver the highest level of quietness to customers.” 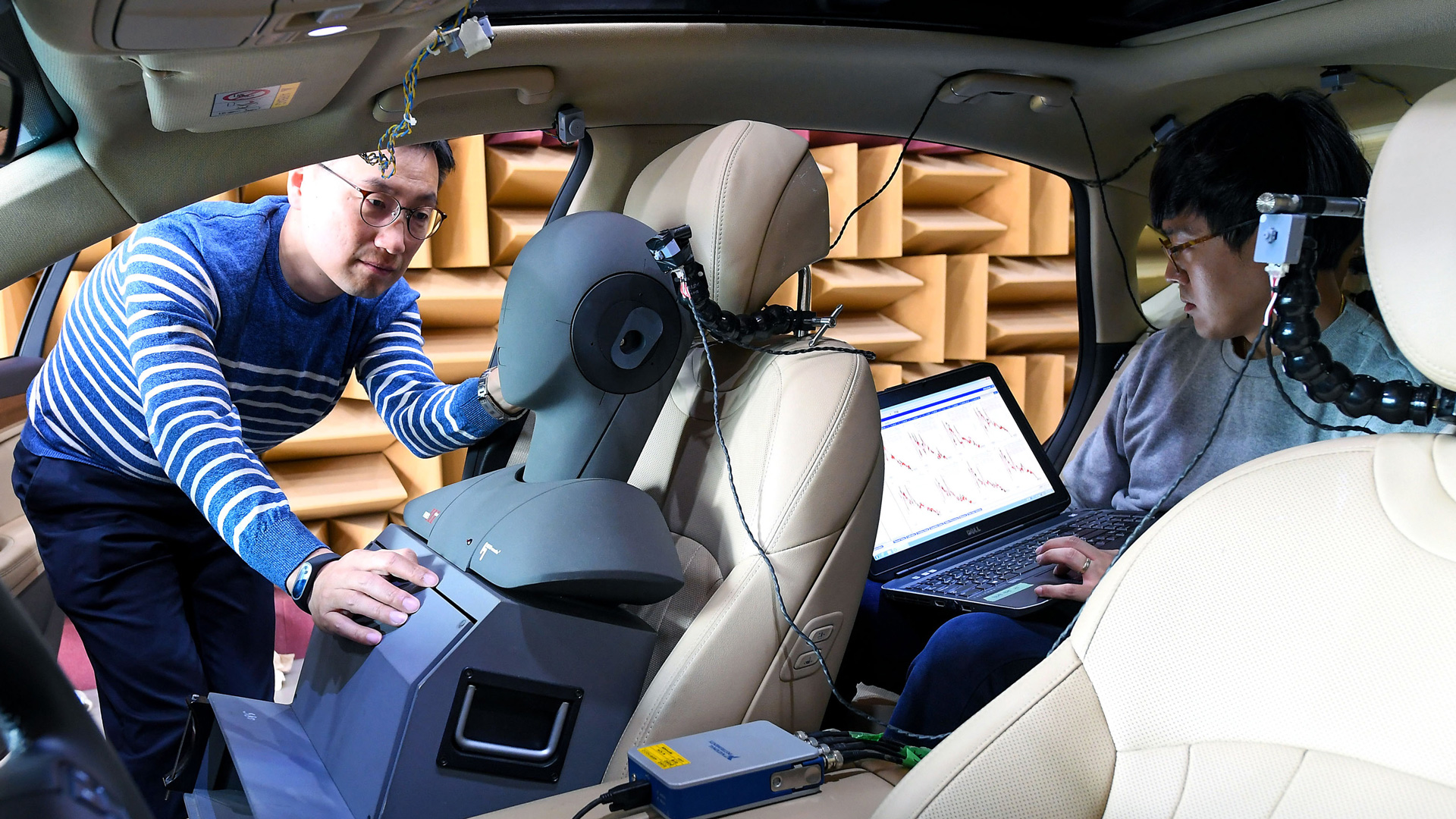 According to Hyundai, RANC was able to reduce in-cabin noise by a further 3dB, which might not seem like much, but it all comes together to provide a serene in-car environment; and as with ANC technology within cars, RANC can reduce the need of heavy insulators and dampeners needed throughout the vehicle's chassis.

RANC is the result of six years of research and development. Hyundai carried out tests with the help of Harman and used this as a platform to bring industry and academia together. Participants included: Korea Advanced Institute of Science and Technology, WeAcom, ARE, BurnYoung and more.

The technology has already completed domestic and American patent applications and will be rolled out in the upcoming Genesis model.