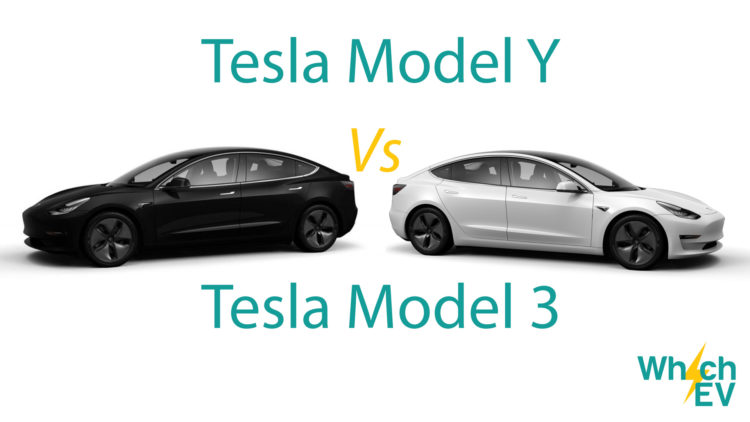 The Tesla Model Y will be amongst the most sought after cars of 2020. It combines the spaciousness of the Model X and shares around 75% of the same parts of the Model 3 – the automaker's most popular car to date. The Model Y is undoubtedly going to set a few records. In this article, we look at the differences between the two vehicles and ultimately help you decide which Tesla to buy.

Also read: Everything you need to know on the Tesla Model Y

As you might expect, the Model Y is a slightly larger variant of the Model 3, but unlike the Model X that has a slightly longer wheelbase (2.964m), the upcoming crossover SUV will share the same wheelbase as its saloon-sized sibling (2.875m).

From the front, the two look similar: they have the same headlights; a front grille that lies under an array of sensors; a small compartment at the front for some additional storage space. While at the back, the Model Y takes after the Model 3 and X – the Model Y's boot is taller than that found on the Model 3, and has a similar rear bumper design to that of the Model X, while the taillights and the built-in spoiler resemble the Model 3.

From the side, the two look very similar, in fact, the Model Y will have the same wheel sizes as the Model 3: 18″ and 19″ on the Standard and Long Range models, while the Performance variant opts for 20″ wheels, instead.

A conceptual comparison of both can be seen, below (credit: TeslaForLife & Tripplett):

Inside, the Model Y will be near-identical to the Model 3. There's a rectangular-shaped 15″ touchscreen display sitting on the dashboard, dual cup holders by the centre console and a simplistic finish throughout the vehicle to complete the look.

Naturally being a slightly larger vehicle, the Model Y will have more room, namely at the back where headroom will be improved thanks to the vehicle's height; and of course, the Model Y is a seven-seater whilst the Model 3 is limited to five. In numbers, the Model Y is expected to have around 1,869 litres of cargo space, where the Model 3 has a smaller capacity of around 1,645 litres. 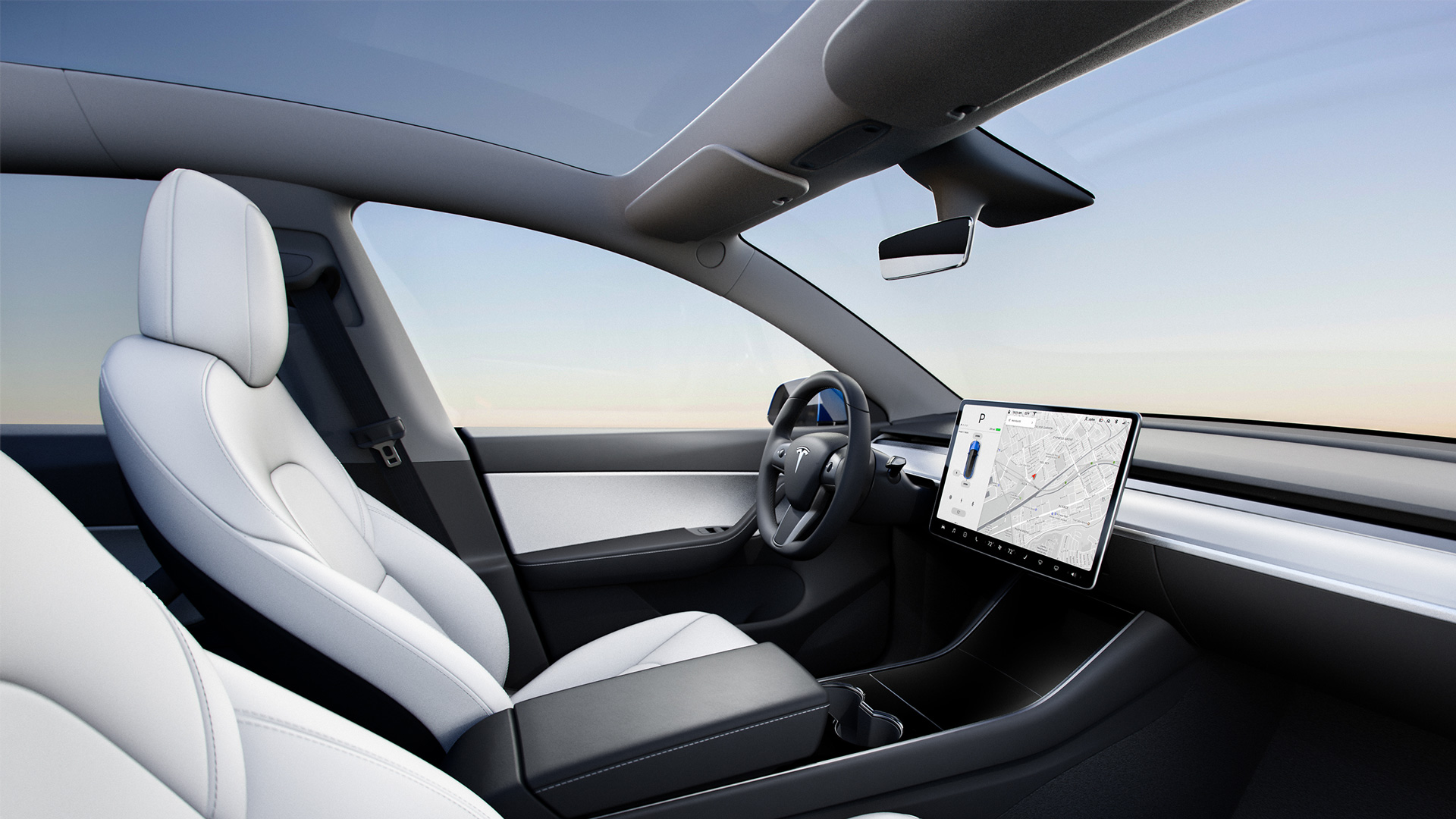 The Model Y will be available in four configurations: Standard Range, Performance, Long Range AWD and Long Range RWD – the latter isn't an option on the Model 3. Our table below outlines the differences between the two models; in every category, the Model 3 comes out on top, which is to be expected as the saloon car is a lighter, smaller and is more aerodynamic. The slightly larger and heavier Model Y sacrifices top speed, range and 0-60mph for extra legroom and space. In the grand scheme of things, it's not a bad tradeoff.

No matter which Tesla model you choose, all of them will support the company's Autopilot system. As with the current flock of EVs, it's a £5,800 option. What does come for free, however, is access to Tesla's Supercharger network; a 2019 Model 3 and all subsequent Model Ys will support the upcoming Supercharge 3 system, which operates at 250kW. At the time of writing, Supercharger 2 tops out at 145kW. In Tesla's words: “At this rate, a Model 3 Long Range operating at peak efficiency can recover up to 75 miles of charge in 5 minutes and charge at rates of up to 1,000 miles per hour.” Expect much of the same for the Model Y.

As for the release date, UK-based customers will most likely have to wait till early 2021 to get their hands on the three ‘advanced' Model Y variants, while the Standard Range model will come to the UK in early 2022 – it's likely to have an asking price of around £39,000. US-based customers, however, won't have to wait as long, where the crossover SUV will be available from Q2-Q3 2020, with the Standard Range model coming in Spring 2021.

Model Y vs Model 3: Which Tesla is right for me?

Ultimately the comparison boils down to how much storage space you want from your vehicle. If you find the Model 3 a bit too cramped for your family's needs, the Model Y is the obvious choice. The ride height might also play a part, as you'll sit a little higher up on the Model Y. Regardless of which Tesla you choose, both EVs make for an excellent choice.

Let us know in the comments below, which Tesla you've opted for and why.