Musk boosts Model 3 charging rate by up to 70% 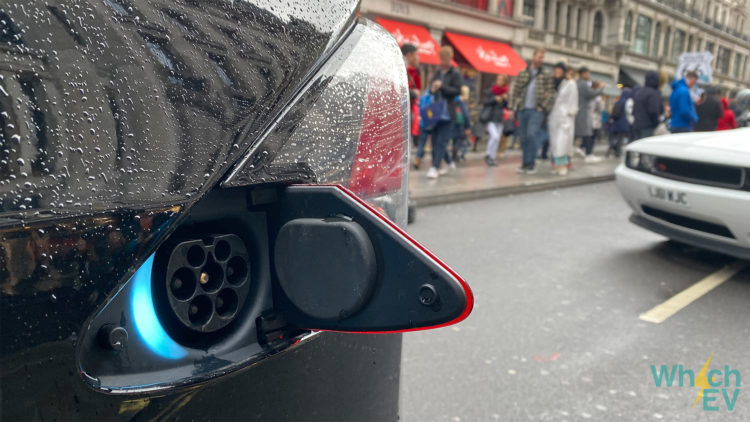 The challenge to traditional car manufacturers is clearly huge, even if the ground stopped shifting under their feet. Entry level Tesla Model 3 cars already had a 100-120kW charge rate. Now that’s set to change in a big way. Not sure if the new upgrade will have a different name, but an increase of up to 70% in the power deliver of its Superchargers is significant. WhichEV calculates the numbers.

With an over-the-air software update (2019.36.1), the Tesla Model 3 Standard Range Plus is getting an increase in peak supercharging power to 170 kW.

To put that into perspective, the Nissan Leaf is one of the most popular EVs around. Plug it into a Level 1 charger (under 4kW) and you might get 10 miles of range per hour of charge. DC combo charging may get you 75 miles of range in 30 minutes which will quickly tail off after the battery is 80% full.

Plugging the Range Plus Model 3 Tesla into a V3 Supercharger with this update, could give you over 750 miles of range per hour of charge.

The sheer scale of these charger technologies is quite astounding.

Tesla continues to release software updates that improve range, charging speed and even overall real-world performance. In recent weeks, a firmware update added a performance boost of around 5% to the Model 3, Model X and Model S.

For those of you who play computer games on a PC, the idea of regular software updates that improve graphics performance might seem quite normal. In the world of automobiles, performance-boosting software changes has traditionally been the stuff of ‘hushed whispers in dark places'.

We recently reported on the independent research (being carried out by Bloomberg), into improvements that Tesla are making to quality control. Following on from that are the reductions in cabin noise that Elon Musk tweeted about on 30th October.

It seems that while this pioneering car company might have a bullseye on its back in many ways, it’s also proving to be a highly mobile target, constantly evolving its offering.