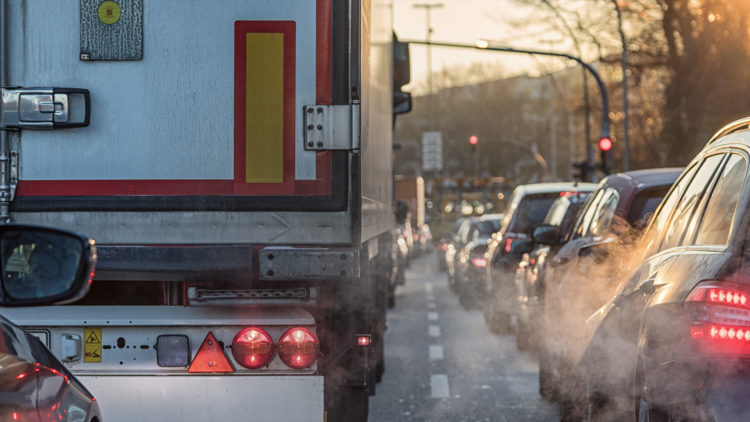 New emissions and safety standards are being rolled out in London, and up to 20% of the 188,000 HGV (Heavy Goods Vehicles) currently operating in the capital could be banned under the new safety rules.  The Direct Vision Standard (DVS) for HGVs will help curb unnecessary deaths on the street and similar rules could see many old vehicles – which have diesel-led engines – banned from major routes over the coming years.

Millions of cars drive across the UK's capital every year. Of all those miles, only 4% are completed by HGVs. However, these large vehicles are responsible for almost two thirds of fatal collisions with cyclists and a quarter of all pedestrian deaths. Find out how Sweedish truck manufacturer, Volta, is attempting to solve the problem, by reading our article.

While not specifically aimed at fuel, DVS includes provisions for how much of the road an HGV driver can see with and without the use of mirrors and cameras.

That ability to see one's surroundings gives each vehicle a safety rating from zero to five stars. Starting from October 2020, around 35,000 HGVs will be banned, because they score zero stars for safety in the city.

A higher standard, requiring three stars, will come into force in 2024. At that point, around half the vehicles operating in London right now, will be banned.

While retrofitting is possible, the combination of the DVS safety standards – combined with much stricter emissions laws – will make such upgrades undesirable.

Reports released over the last two years by the European Environmental Agency show that air pollution from HGVs cost EU countries €43-46 billion a year. That means HGVs make up almost half the pollution from all forms of transport. The difference in HGV pollution effects from one country to another are enormous, with a disparity across Europe of up to 16x.

Jacqueline McGlade, EEA executive director, said: “European economies rely on transporting goods long distances. But there is also a hidden cost, paid in years of reduced health and lost life. This cost is especially high for those living close to Europe’s major transport routes. By incorporating these costs into the price of goods, we can encourage healthier transport methods and cleaner technologies.”

There's every chance that the new safety and emissions rules, could see the accelerated development and deployment of electric powered goods vehicles.