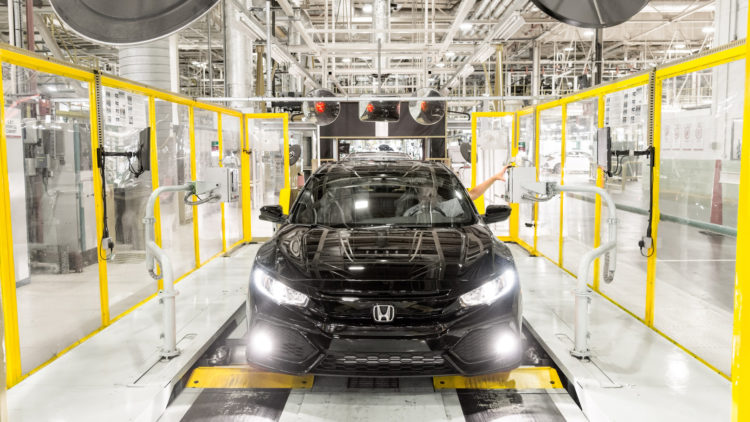 When Tom Gardner, Honda’s Senior Vice President for Europe, goes on the record to say that he’s delighted that all of his mainstream models will be electrified by the end of 2022, then you have to smile. That sense of joy goes away when you realise that the ‘H’ in the company's e:HEV branding stands for Hybrid. WhichEV takes a closer look at the facts underpinning Gardner's disappointing announcement.

After reading through the available statements, it’s still not clear where the Japanese manufacturer stands. The main quote from Gardner’s presentation at the ‘Electric Vision’ event in Amsterdam, said “this shift to electrification will change the face of our model line-up considerably. Our two-motor hybrid technology will be spread across the model range and we will bring further battery electric operated products to market”.

That’s far from encouraging. With a hybrid Jazz going into production for 2020, is Honda saying that the sum of its EV ambition is to launch cars to rival Toyota's Prius, which was originally launched more than 20 years ago?

Gardner continued, “the pace of change in regulation, the market, and consumer behaviour in Europe means that the shift towards electrification is happening faster here than anywhere else in the world. As the pace of change continues to accelerate, we need to act sooner to meet these challenges head-on”.

Clinging to a product roadmap where every vehicle being released over the next half a decade uses petrol or diesel, is hardly meeting the ‘zero emissions challenge’ head-on.

This is the company that notoriously won a Climate Greenwash Award, for its mastery of ‘spin'. Specifically, for working to portray itself as “a climate champion, while lobbying to continue business as usual, using coal and nuclear power”.

Vattenfall was unhappy with Germany increasing the rate at which it phased out nuclear power plants after the Fukushima nuclear disaster in Japan, and is currently litigating against the German government for compensation through the International Centre for Settlement of Investment Disputes.

Yes, you read that right. Honda’s partner for a cleaner energy future is a company that is litigating against Germany’s decision to close nuclear power plants at a faster pace, after a major accident. The case has not concluded yet.

Vattenfall's stated ambition, when it comes to clean energy, is that it wants to be fossil-free within one generation. Generally, that means around 30 years. No mention is made of its nuclear power plants. You could take this to mean that Vattenfall will move 25% of its current energy generation from fossil to ‘other methods' by 2050.