The Mii Electric is Seat's first fully electric vehicle. The five-door hatchback is a cute little city car that has a quoted range of 161 miles – that'll get you from the outskirts of London to Manchester in one charge. Aside from its impressive range for its considerably compact size, the car is nippy, comes with a bunch of built-in extras as standard and more importantly, is easy on the wallet.

Richard Harrison, Managing Director at SEAT UK, said: “The arrival of Mii electric marks the start of a comprehensive programme to electrify the SEAT range, which will see further electrified models arriving in 2020.”

The Mii Electric might be the manufacturer's first EV but it'll lay the groundwork for future models, such as the Seat el-Born, which is due in 2020. In this article, we'll outline everything you need to know about Seat's first step into the world of EVs; that includes the Mii Electric's price, availability and specs.

The compact vehicle is made for city driving and parking. It's 3.557m long and 1.645m wide, which means it'll be easy to manoeuver in tight urban street environments. The front of the vehicle is much like Seat's other vehicle (it still has front grille), while the back is reminiscent of VW's e-Up short-wheelbase city car. As it turns out, Seat is a subsidiary in the Volkswagen Group.

The Mii Electric is a five-door vehicle, which means it's practical for ride-sharing and grocery shops. The boot has a capacity of 251 litres, and you'll get up to 923 litres with the rear seats folded down. 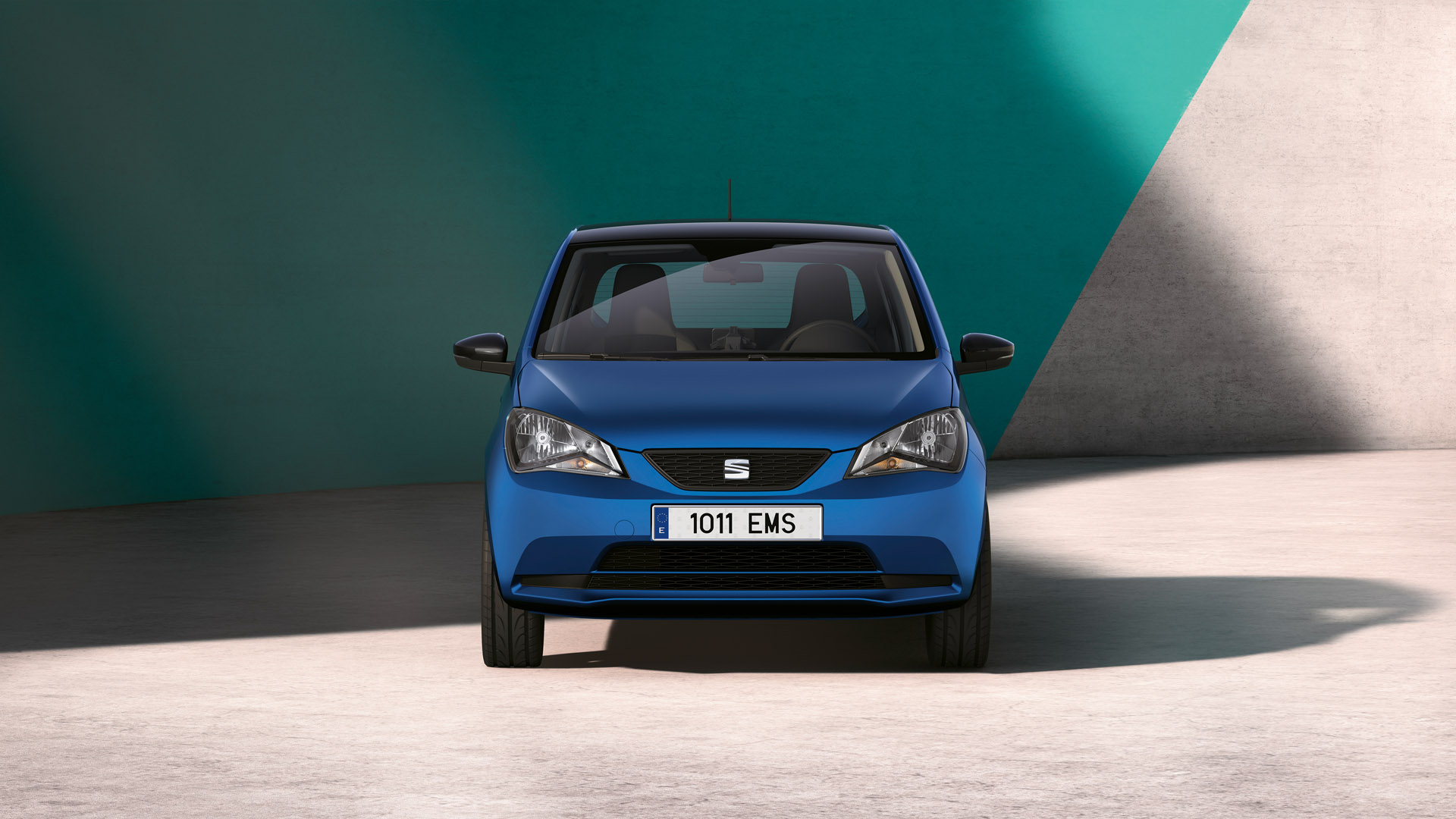 The car comes with matt-coloured ‘Cosmo Grey' 16″ alloys as standard and is available in five colour combinations: non-metallic white and red, metallic black, blue and grey. With most colour options, one can also configure the car to have an all-black roof.

Inside, the car is indeed reminiscent to the gasoline variant. The instrument cluster has physical dials, the centre console has a simplistic infotainment system with physical buttons and yes, a gear stick is still present. 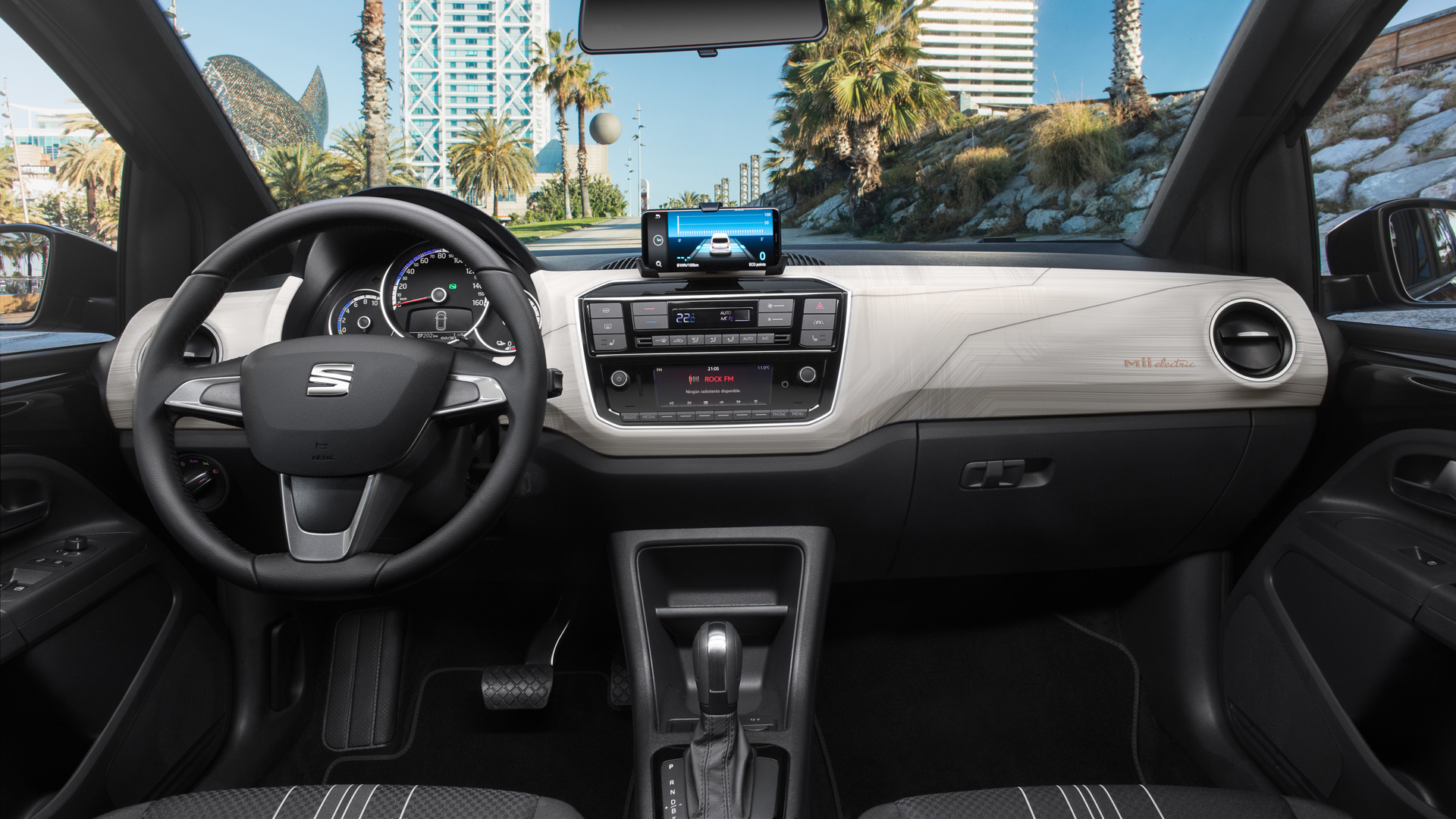 There's plenty of tech that resides within the car, from Lane Assist and rear parking sensors to six speakers that make up the car's sound system. It all comes as standard, in fact, there's very limited customisation available – it won't take hours to configure.

The same applies to its performance traits. It's available in one configuration, only. The electric motor provides 61kW (83PS) of power and 212Nm of torque, where it can reach 31mph from zero in 3.9s. Top speed sits at 81mph; it's a city car afterall.

Its range is impressive, however, as its 36.8kWh lithium-ion 500kg battery pack lasts 161 miles (WLTP) on a single charge. It can also be recharged quickly: a 40kW DC charger will take it to 80% in just under an hour. The AC 7.2kW home charger takes around four hours, instead. 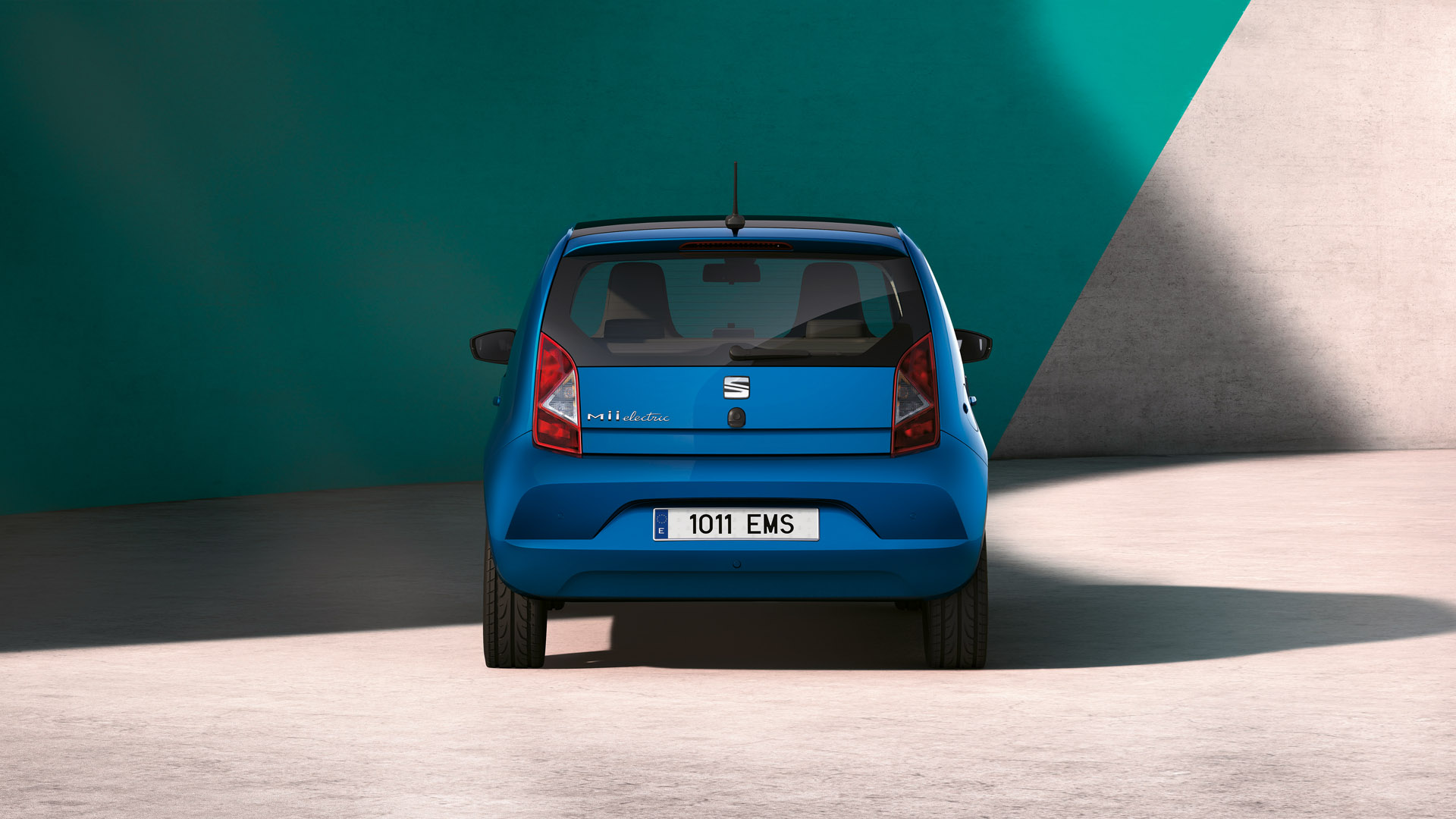 Production will begin in Bratislava, Slovakia in Q4 2019. Orders are now available through Seat's website, with projected deliveries aimed for Q1 2020.

If you're looking to get an all-electric vehicle, it's a pretty good starting point. Let us know in the comments what you make of Seat's first all-electric car, the Mii Electric.

Tesla Model Y price, specs and rumours: Everything you need to know on Tesla’s SUV