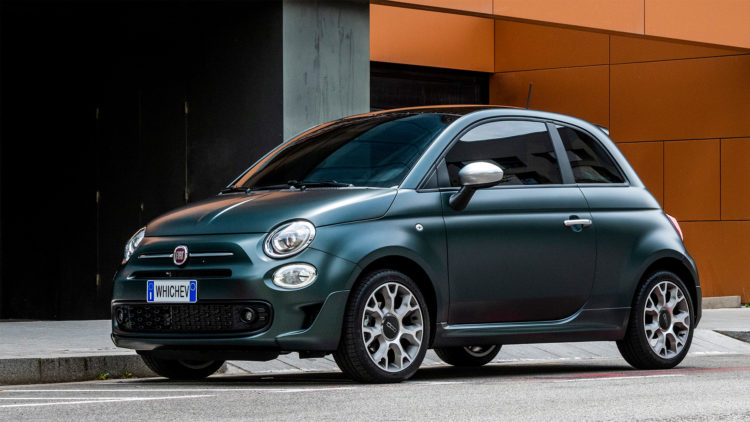 With an all-electric Fiat 500 planned for 2020 and a pair of Maserati designs to follow, Fiat Chrysler Automobiles (FCA) will be in the market for a lot of batteries. What better way to satisfy that need, than by building a brand new ‘Battery Hub' in Turin. The initial investment is expected to be around €50 million (~£43.1M) with 80,000 units needed in the first 12 months of operation, for the Fiat 500 alone. Ambitious stuff.

Early entry into a market gives you the chance to take a leadership position, but there will also be many millions spent learning the basics. The value of that investment comes back in patents and continued leadership. Most companies take a longer-term, more pragmatic approach: they wait for the technology to mature before taking the plunge.

As the world's 8th largest car company, it owns some of the most prestigious brands in the world – including Alfa Romeo, Jeep and Maserati. On the commercial side, the Ram brand also gives Fiat links with Mitsubishi.

FCA has announced that investment over the next two years will amount to €5 billion in Italy alone, and will include the electrification of many of its more famous products. It expects to have 12 fully electric vehicles in the market by the end of 2021.

“The automotive industry is undergoing a period of profound change and one of the major trends is closely linked to electrification,” said Pietro Gorlier, Chief Operating Officer (EMEA). “With its new car battery assembly center at Mirafiori, FCA accelerates its drive to electrify, adding now another element to the ‘ecosystem’ that starts from supply chain and ends with customer support. A journey passing through the recent partnerships on recharging infrastructure, Vehicle–to-Grid and services to support customers of hybrid and full electric cars, from Italy to the rest of the world.”

In a statement to the media, FCA said: “the new ‘Battery Hub' will also have space for training courses as well as prototyping and experimentation during the pilot process. This initiative will allow FCA to respond quickly to the continually evolving electrification sector. The new ‘Battery Hub' will also have an advanced technology center dedicated to quality control and testing of components provided by industry-leading suppliers. After assembly, state-of-the-art electronically-controlled systems will be used to test the efficiency of the batteries. Comau will be a partner of the initiative thanks to its expertise in the assembly process”.

Essential to FCA's plans, is integration between human and robot workers, allowing the centre to be as modular and flexible as possible. The likelihood is that FCA will begin learning about the electrification process in Europe, then carry those ‘learnings' across the Atlantic for the benefit of its Dodge and Chrysler-branded cars.

With regard to the Fiat 500 EV that will start production soon, spy-shots that have been seen by WhichEV indicate that the external changes will be cosmetic. We're expecting it to be unveiled at 2020 Geneva International Motor Show.

Mazda MX-30 revealed: Everything you need to know about Mazda’s first all-electric SUV

Mazda MX-30 revealed: Everything you need to know about Mazda's first all-electric SUV