On 22 October, the UK government announced the launch of a consultation to introduce green number plates for zero-emission cars. The idea is to encourage the uptake of electric vehicles by offering green number plate owners with free or cheaper parking and access to priority lanes. The incentive stems from the government's desire to achieve its net-zero emissions target by 2050.

The green number plates will be used to raise awareness of vehicles with zero tailpipe emissions – promoting other UK drivers to consider switching to an all-electric car. To me, this seems like an alternative to advertising EVs without spending preposterous amounts of money on localised marketing campaigns. If deployed, it'll be a smart and effective way of encouraging consumers to buy into a new or used EV.

The change comes as part of the government's Road to Zero Strategy – a £1.5 billion package that's aim is to “make the UK the best place in the world to own an electric vehicle”.  It's certain that the UK government has high hopes but has a long way to go before it can compete with the likes of the United States, China or even its closer neighbour, Norway. These countries have far a superior charging infrastructure, which plays a big role in the decision of purchasing an all-electric vehicle over a plug-in hybrid or one that uses a gasoline engine.

Still, that doesn't deter the UK government, as in a statement the Department for Transport mentioned that it wants to “be the first G7 country to legislate for net zero emissions by 2050.”

To facilitate its ambition, green number plates are among one of many incentives offered by the government. As for the idea, it's not the first time we've seen electric vehicles singled out over other vehicle types – a similar trial took place in Ontario, a province in east-central Canada, where EV owners were given access to “toll lanes and high occupancy vehicle lanes”. The result saw an uptake of electric vehicle registrations. In the UK, we don't have toll lanes, however, one could imagine having (unlimited) access to a bus lane. Now that would certainly pique my interest.

Transport Secretary Grant Shapps said: “The UK is in the driving seat of global efforts to tackle vehicle emissions and climate change and improve air quality, but we want to accelerate our progress. Green number plates are a really positive and exciting way to help everyone recognise the increasing number of electric vehicles on our roads. By increasing awareness of these vehicles and the benefits they bring to their drivers and our environment, we will turbo-charge the zero emission revolution.”

This could indeed become a reality and it's not a far fetched idea that'll cost the government or consumers millions of pounds. It's an easy way to raise awareness and one that could potentially encourage consumers to buy into the technology.

Design of the number plates hasn't been finalised but the consultation which closes at 23:45 on 14 January 2020 suggests the following three options: 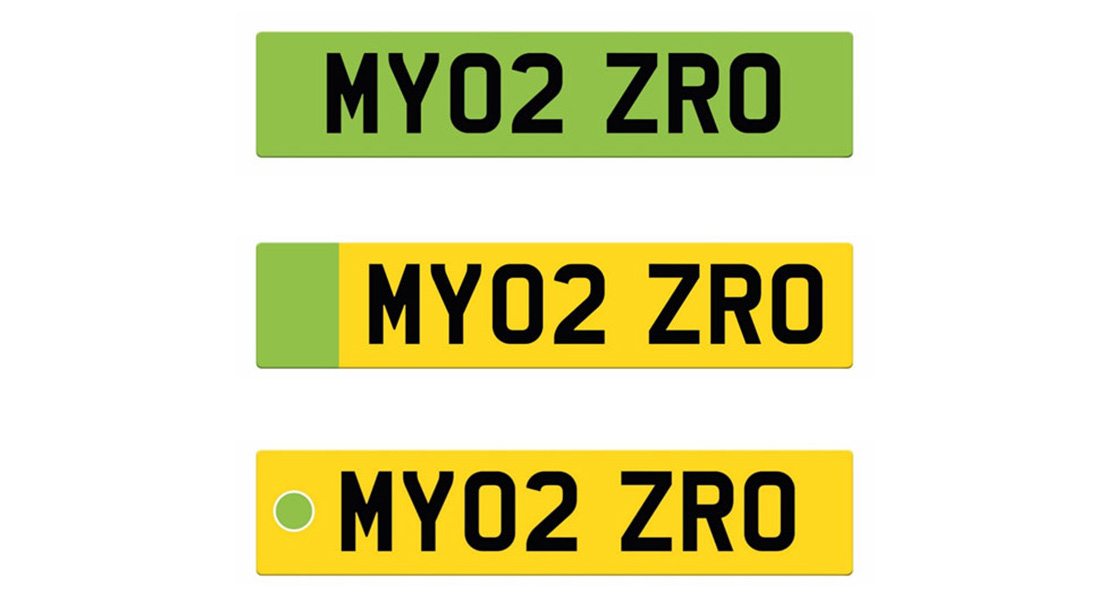 Personally, I'd like to see the first one used for all-electric vehicles that emit zero tailpipe emissions; the second for plug-in hybrids that predominantly rely on battery packs; and the third for vehicles that have a battery that regenerates electricity for certain driving characteristics. I'd like to see a differentiation between them as not all EVs are equal, but yet all of them have a positive environmental impact – be it lower emissions or reduced noise pollution. The greener, the better.

What do you make of the proposed changes? Let us know in the comments below.