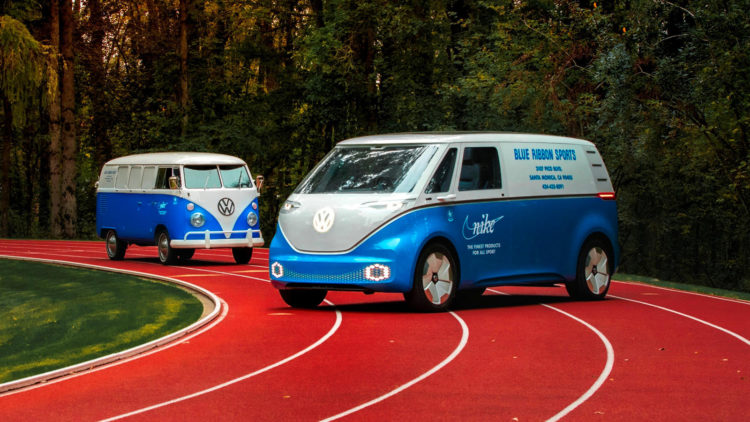 Back in 1964, Blue Ribbon Sports (as of 1971, known as Nike) was founded by two individuals, Bill Bowerman and Phil Knight. The company that then went to become one of the largest clothing brands in the world had its first employee, Jeff Johnson selling Nike products at a store and via his own Volkswagen Type 2 Bus – which you'll see pictured in the background.

To pay homage to the original vehicle and to publicise the opening of its original store, Nike has teamed up with Volkswagen for a special livery on its ID. Buzz Cargo Concept vehicle. The all-electric version of the bus that Jeff Johnson drove will act as a pop-up location for visitors to purchase exclusive BRS footwear and to donate used athletic shoes to Reuse-A-Shoe. 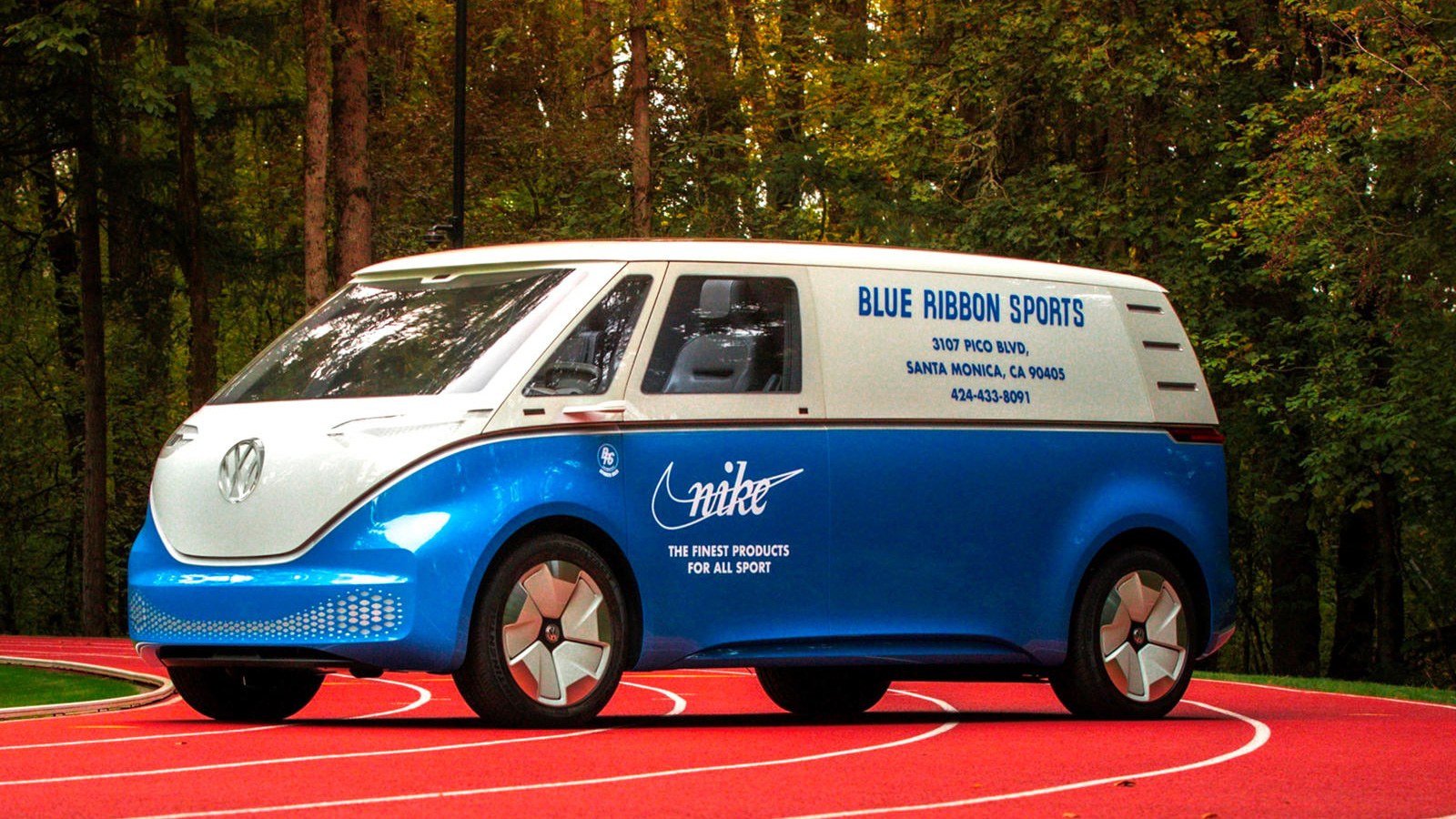 The Volkswagen Group is certainly pushing its ID. line to the public; with details of the ID.3 out in the public, a special livery on the ID. Buzz Cargo, and with the recent news that the company's truck unit is planning on spending more than €2 billion (£1.78 bn) into the development of electric vehicles – there's lots of changes occurring within the company.