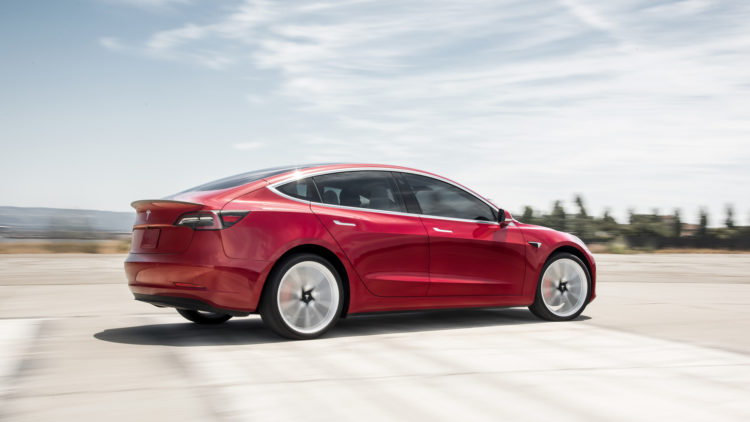 Recently, Tesla pushed out one of its biggest software updates, ever. In Version 10.0 , owners who purchased the ‘Full Self-Driving Capability' or ‘Enhanced Autopilot' bolt-on have access to ‘Smart Summon'; a feature that allows brings your car to you.

Following the recent update, a video emerged of a Model 3 owner summoning his Tesla at a car park when there was a torrential downpour. As a result of him using Smart Summon, him and his family didn't have to go out in the rain; they waited under some shade until the car was close enough (and safe) to jump into.

@Tesla @elonmusk you’ve ruined every other car on the planet for me, and especially my children who are any where from 2 to 10 years away from driving. pic.twitter.com/E4MS4WekP9

As you'll see from the video, the Model 3 pulled up within a few short paces from where Shareef Yousef (the owner of the vehicle) and his family were standing. This is done through the ‘come to me' function, where the car comes to where you're standing. However, there is another function that can be activated, where a ‘go to target' feature allows you to rendezvous with your Tesla at a set location.

Yousef isn't the only one who enjoys summoning his Telsa, as there are plenty who have taken to Twitter and YouTube to showcase it working flawlessly.

However, there are always two sides to a story with a few almost creating an accident, while others are wondering how the insurance claim will look like, see below:

Soday 1 with V10 Smart Summon was working beautifully. But someone didn’t notice my M3 and made a front bumper damage. We will claim our insurances but who’s fault do you guys think it’ll be ? Should I present this videos ? @teslaownersSV @Model3Owners @LikeTeslaKim @TesLatino pic.twitter.com/fhSA78oD6C

In the unfortunate case of an accident, it'll remain to be seen if it's a Tesla owners' fault. For example, in the above case, it's clear the car backed out into the car park without looking for oncoming traffic; thus, hit the Tesla and is at fault.

The question will be, however, if a person were to run out onto the road while the Smart Summon feature is in motion – will the car's sensors be able to pick them up? What if it's a toddler? It's still a new feature, so we're bound to get software updates that'll help improve it going forwards.

A Tesla’s roof is stronger than you think

A Tesla's roof is stronger than you think