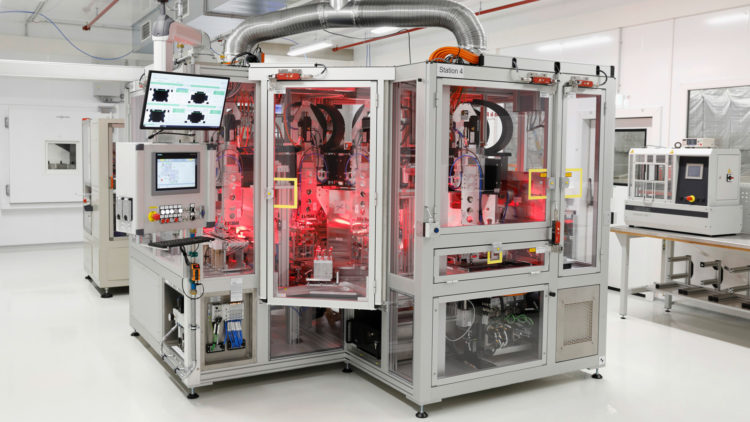 The Volkswagen Group is making a lot of headway in the electric vehicle market. Fresh from the unveiling of its new all-electric ID.3 vehicle at the Frankfurt Motor Show, the German manufacturer has today announced that it's investing over one billion euros (approx. £882m) in the development and production of battery cell technology.

In the first instance, Volkswagen is investing €100 million towards the production and know-how of lithium-ion batteries, while a further €900 million will be allocated in a 50/50 joint venture with Swedish battery producer, Northvolt. As a result of this partnership over 1,000 jobs will be created: 300 at Volkswagen’s development centre, 700 at an all-new 16 gigawatt-hour battery cell factory located in Salzgitter, Germany. Volkswagen plans to start construction of the said factory in 2020, with battery production commencing in late 2023 or early 2024.

This ties into Volkswagen's plan to hit 22 million electric vehicles in ten years. The company's roadmap indicates that on the roads, we'll see complete decarbonization by 2050.

The push to manufacture, innovate and test upcoming battery technologies shouldn't come as a surprise, as increasing pressures from rival car manufacturers have grown over the years. For example, Tesla, Inc. opened its own ‘Gigafactory 1‘ back in July 2016 and has since become the highest-volume battery plant in the world.

With car manufacturers now looking towards an all-electric future, the news of the Volkswagen Group allocating spend towards the production of batteries will be seen as a positive sign across the industry.

Dr. Herbert Diess, Chief Executive Officer of Volkswagen AG said:
“The car of the future is electric. That is why Volkswagen must significantly expand its know-how in battery technology. The battery is at the heart of sustainable mobility and plays a key role in future value creation. That is why, over the next five years, we are also undertaking massive investments to amass know-how in developing and producing battery cells and entering into partnerships, thereby making our contribution to the successful transformation of Germany’s automotive industry.”

Will this now push other combustion-engine-led car manufacturers to do the same? I certainly hope so.

Mercedes launches EQC – Claims it’s the most relaxing car ever